Thousands of prisoners set to be released early to stop the spread of coronavirus could go untagged for three days on the outside.

The Government announced on Saturday that 4,000 low-risk prisoners who have less than two months left of their sentence will be eligible for early release.

But the Prison Governors’ Association argues another 11,000 should be assessed for early release to ensure the safety of inmates and guards, taking the number to 15,000.

With such high numbers, the Ministry of Justice yesterday revealed it could take them up to 36 hours to visit freed prisoners at their new homes to impose tags or curfews.

This means newly-released convicts would not be monitored for the first three days, reports The Times. 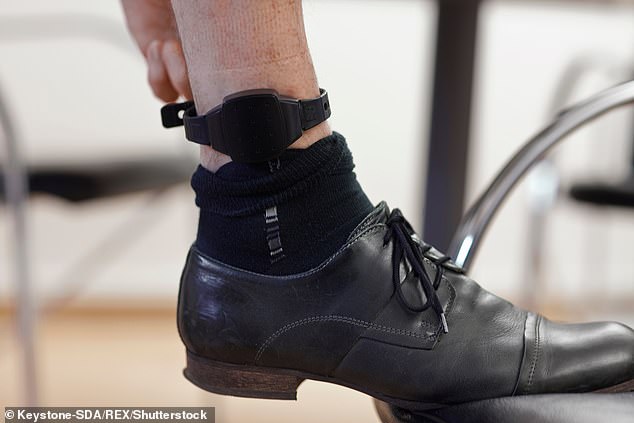 Thousands of prisoners set to be released early to stop the spread of coronavirus could go untagged for three days on the outside. File image used

Ministers said yesterday that the new time frame would allow contractors time to reach them at their verified address.

But the Prison Governors’ Association claims that not all 4,000 inmates should have to be fitted with a tag or comply with a curfew – as this wouldn’t be the case if they were freed as normal two months later.

They believe that capacity for tagging prisoners is only around 2,000 and the whole process would delay urgent action needed to stop the spread of the virus in jails.

They stress that no high-risk criminals, such as those who have been convicted of violent or sexual offences, anyone who is a national security concern or a danger to children – or those who have not served at least half of their custodial term, will be considered for release.

The comments came after it emerged the death toll of inmates who had died after contracting the virus had risen to 10.

Three were inmates at HMP Littlehey, Cambridgeshire, with others being held at Birmingham, Manchester, Altcourse in Merseyside, Belmarsh in south east London, Whatton in Nottinghamshire, Sudbury in Derbyshire, and a female prisoner at Low Newton, County Durham.

A total of 116 prisoners had tested positive for COVID-19 in 43 prisons as of 5pm on Monday.

There are 19 prison staff in 12 jails who have contracted the virus as well as four prison escort and custody services staff.

Just six pregnant inmates have been released from prison so far since the Ministry of Justice announced a move to grant temporary release a week ago, according to the Commons Justice Committee. 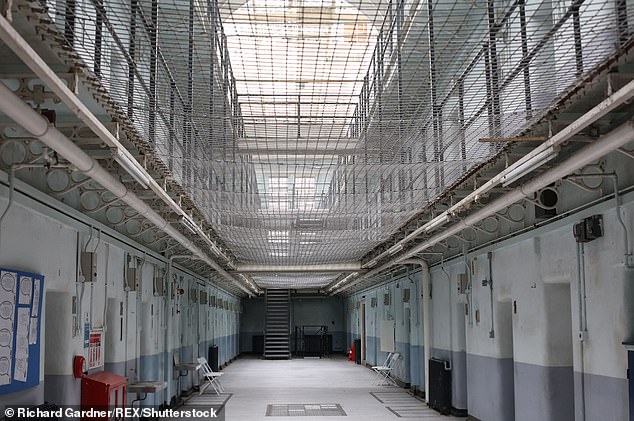 A total of 116 prisoners had tested positive for Covid-19 in 43 prisons as of 5pm on Monday. File image of Shepton Mallett Prison in Somerset used

Pregnant women – who are considered to be high-risk should they contract Covid-19 – would be granted temporary release from prison ‘within days’ to protect them and their unborn children from coronavirus, the MoJ said on March 31.

The decision also included mothers who are behind bars with their young children.

But prison governors would only consent if they passed a risk assessment and do not pose a high risk of harm to the public.

There are currently 35 pregnant prisoners and 34 inmates in mother-and-baby units across 12 women’s prisons in England.

‘We expect most offenders to be tagged in prison, and where that is not possible this will happen within the usual timeframes shortly after release.’

‘They can be immediately recalled to prison for breaching these conditions or committing further offences.’