A teenage boy who stabbed his sister’s secret boyfriend to death after mistaking the pair’s consensual sex for rape was sentenced to seven years today.

The 16-year-old youth had arrived unexpectedly at the family’s detached home in Watford, Herts last July and looked through his sister’s ground floor bedroom window at the rear of the house to see her and student Risaan Udayakumar, 18, engaged in ‘sexual activity.’

The brother mistakenly thought she was not consenting and was being raped and stormed into the house in a rage.

After searching his sister’s room, he found the frightened boyfriend hiding in a darkened garage.

There he stabbed university student Risaan three times with a long bladed knife and caused a fatal wound on the left side of his chest. 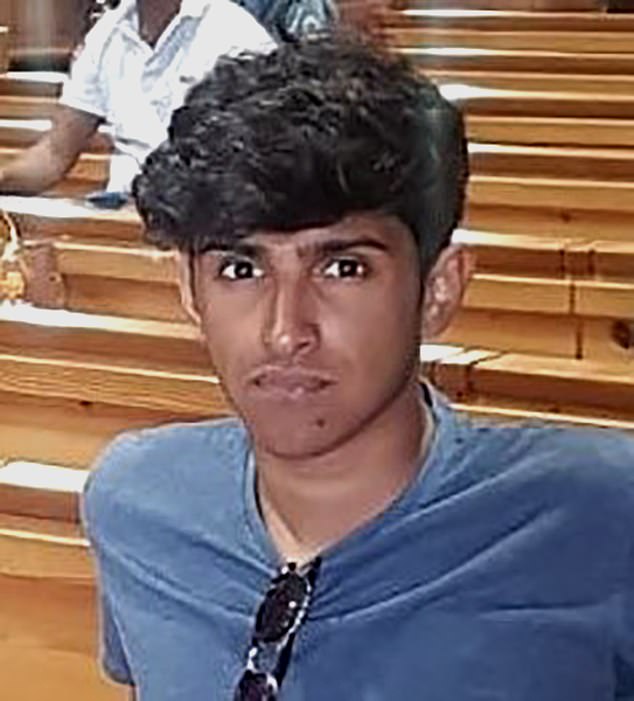 Risaan Udayakumar, 18, was engaged in consensual sexual activity with the defendant’s sisterbut was stabbed to death by the defendant who thought it was rape

In January he had gone on a trial at the court pleading not guilty to murdering Mr Udayakumar on the evening of Tuesday July 10 last year.

The jury had found him guilty instead, of manslaughter through loss of self-control.

During the trial the jury heard the parents of the teenager and his sister had strict views about their children’s relationships, with the result that the girl had kept secret from her family the fact that she and Risaan were in a close relationship.

Passing sentence today Judge Michael Kay QC criticised the parents at the way they had reacted to an incident involving the brother and his sister some years earlier.

The judge said the sister, then in her early teens, had been ‘induced’ by another man to send a compromising photo of herself over the internet which had led to her being blackmailed.

It went further, said the judge, when the man turned up at the house to take the sister away.

He said at the time the children’s father was out and the mother was upstairs and so the brother, who would have been around 12 or 13, had to intervene and prevent the removal of the girl.

Judge Kay said: ‘Apparently you were criticised for your behaviour in not being strong and macho enough to protect your sister. The parents ought to be thoroughly ashamed of the way they behaved.

‘To what extent that had an effect on you in July of last year I don’t know, but it may have played a part.’

The court heard how, last July, the parents were away on holiday and had given strict instructions to their 19 year old daughter and their 16 year old son that they were not to have friends round to the house. 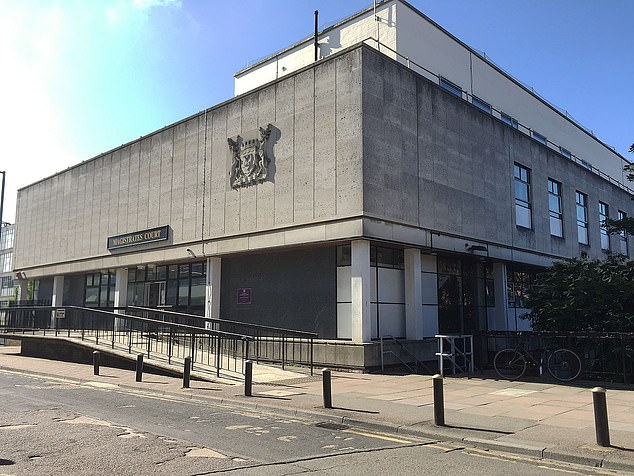 The teen was sentenced at St Albans Crown Court, on the upper floors of St Albans Magistrates Court building, this afternoon

Prosecutor Michael Speak said the girl had not told her parents about Risaan because they had ‘strict views’ about relationships.

She introduced him as someone who was ‘just a friend’ and kept secret the fact they had been in a boyfriend and girlfriend relationship for around four months.

On July 7 last year, despite the parents’ ban, it was arranged that some friends of the daughter, including Risaan, would come round to watch the football on television at the house. On that occasion the brother had met him, with the two pumping fists together in a friendly gesture.

Three days later on Tuesday July 10, the sister met Risaan – who lived with his family in Wembley – when he stepped off a train at Watford Railway Station. Her brother was not at home and the pair walked back to the house.

That evening, she had hid Risaan in the garage when an uncle called by the house to check everything was okay. When he left, the girl and Risaan were together in her bedroom and the internal doors had been locked.

The couple had been in the bedroom for about half an hour when they heard a door in the house being knocked hard.

The jury was told how the sister, fearing how her brother might react on finding Risaan in her room, hid him in the garage.

Entering the house, the brother was very angry and he pushed her out of the way, shouting: ‘Where is he…Where is he?’ and ‘Who is with you?’

The court was told the sister had followed her brother into the garage and then saw him set about her boyfriend by ‘hitting’ him as he remained crouched on the floor.

The jury was told the victim offered no resistance and only raised his arms to shield his face.

The brother was screaming: ‘Get out of the house, what are you doing?’ and the sister had no idea that her brother had armed himself with a knife.

The boyfriend had been fatally stabbed in the heart in the attack and nothing could be done to save him.

Before sentence was passed, the brother’s barrister Anabel Darlow said his relationship with his sister was broken. ‘They haven’t seen each other since that night apart from at court when he was too ashamed to look at her.’

Passing sentence on the brother, Judge Kay said: ‘The events are astonishing and what occurred was truly senseless.’

The judge said the parents and the defendant had no idea the sister was in a relationship with the victim.

‘They didn’t know it was a sexual relationship,’ said the judge, who went on: ‘What was said is that you came from a traditional household where such behaviour would not be seen in a favourable light.

‘This has led to a situation where you killed another young man who, in every way, was blameless. They were perfectly entitled to be in such a relationship.’

Salisbury novichok attack: Ambulance station may never re-open
Checklist of requirements rebel MPs want Boris Johnson to stick to as he pushes forward with Brexit
Kerri-Anne Kennerley, 64, avoids paying $183 fine for parking in her OWN driveway
Human error was ‘most likely’ to blame for Seattle crane collapse, experts say
Trump recognizes Venezuelan opposition leader as 'interim president'
ALEXANDRA SHULMAN'S NOTEBOOK SPECIAL: Theresa May has faced crisis like only a woman can
New cars that are susceptible to keyless theft named by security experts
Indonesia's grim search for disaster dead draws to a close