At an age when Sherry Johnson’s biggest concern should have been the sixth grade, she was already married and had a daughter. She was 11.

Johnson was forced to marry the man, the deacon of her church, who had been raping her since she was nine.

‘I was in a lot of pain. It was pain of being raped. It was pain of getting pregnant at nine. It was pain of giving birth to my daughter at 10. And then it was pain again, being forced to marry my rapist at 11,’ Johnson recalled in an upcoming episode, ‘I Was A Child Bride,’ airing Thursday, April 25, as part of a new A&E Network series, ‘The Untold Story.’

By the time Johnson got a divorce, she was a legal adult who had six children but still wasn’t old enough to drink alcohol. She is one of four women who shared with the show what it was like to be coerced into marriage.

At aged 13, Dawn Tyree was pushed to marry the man who raped her and got her pregnant.

Lyndsy Duet was promised college tuition if she married her foster brother at aged 17, who she had been having unwanted sexual relations with since she was 14.

Donna Pollard met the man she would marry at a mental health facility where she was being treated for post-traumatic stress disorder and depression. He was a counselor and 29. She was 14. They got married when she was 16-years-old. 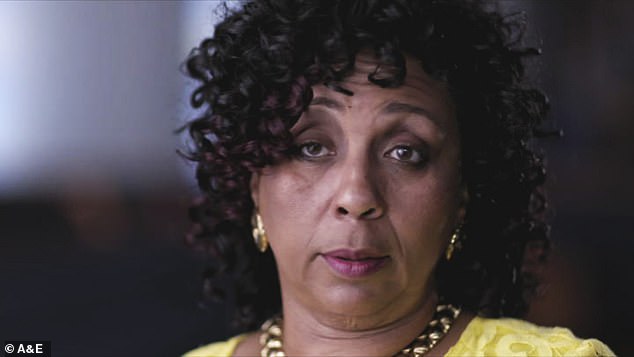 Sherry Johnson, above, was forced to marry the man who raped her starting when she was nine. By the time she was 11, she was married and had one daughter 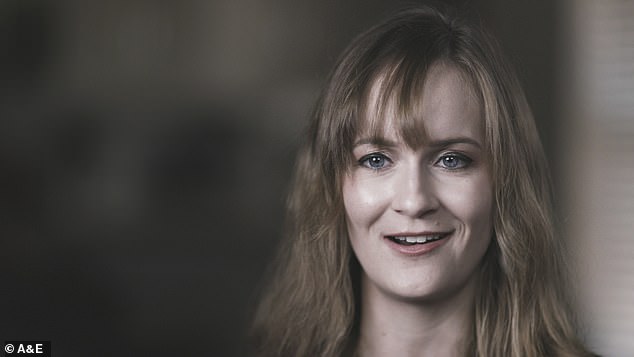 Lyndsy Duet, above, was promised college tuition if she married her foster brother at 17. She had unwanted sexual relations with him since she was aged 14 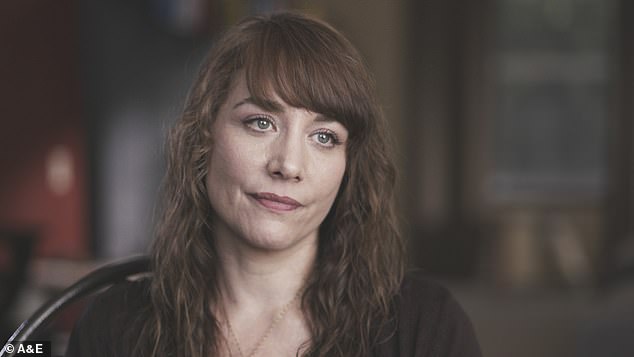 At aged 13, Dawn Tyree, above, was pushed to marry the man who raped her and got her pregnant 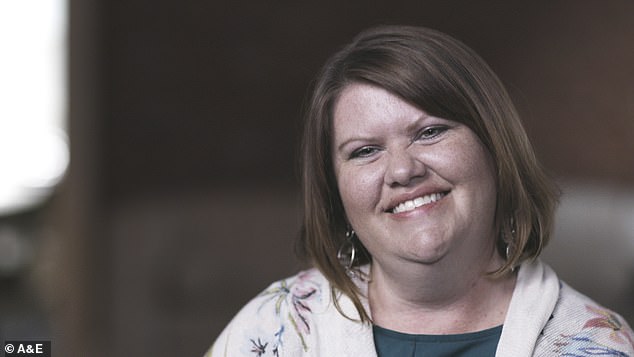 Donna Pollard, above, met the man she would marry at a mental health facility where she was being treated for post-traumatic stress disorder and depression. He was a counselor and 29. She was 14. They got married when she was 16-years-old

There were an estimated 248,000 child marriages in the United States between 2000 and 2010, according to Unchained At Last, a nonprofit seeking to end child marriage in the U.S.

Fraidy Reiss, the founder and director of Unchained At Last, explained to the show’s Elizabeth Vargas that loopholes in some states’ laws allows child marriage to happen.

‘I’m a forced marriage survivor,’ she said. ‘I grew up in an insular religious community where that’s just how it works. Your family arranges a marriage for you when you’re young and you have very little say in about getting into the marriage, and then once you’re in it, very little say about leaving of the marriage.’

Sherry Johnson grew up in Tampa, Florida. Her family lived in the back of the church, which the deacon had a key to, and her mother and stepfather were ministers.

‘All you had to do is walk down the steps from the church, you walk into our kitchen. And that’s where he raped me,’ she said. ‘I woke up with him on top of me many of times.’

Her mother didn’t believe her when she tried to explain what was happening, and she was so young she didn’t even know what words to use. Her mother blamed Johnson for what happened, and went as far to tell people the nine-year-old was ‘fast.’

‘I was a sacrifice to cover up what he did,’ Johnson said. ‘I thought about running away, but I didn’t know where to go. Had no idea where can I go. I thought about maybe if I die but I didn’t know nothing about suicide, how can I do it. I don’t know what to do so I continue to let the deacon continue to rape me, which he does over and over and over again.’

Johnson also didn’t really understand when she got pregnant at aged 10.

‘I couldn’t wrap my mind around, how do I have a baby. I didn’t know,’ she recalled.

When she went into labor, Johnson was dropped off at the hospital and gave birth to her daughter alone. She was then told she had to marry the deacon. Johnson was 11. He was 20.

One judge initially denied the marriage license but they went to another county in Florida and got it. 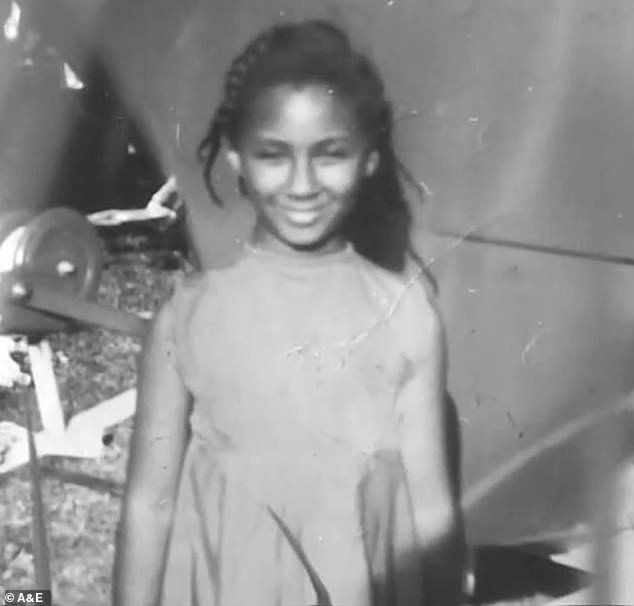 Sherry Johnson is pictured above when she was young. By the time she divorced her husband, the deacon of her church who raped her starting when she nine, she had six children. Johnson has gone on to write a book called ‘Forgiving the Unforgivable,’ and advocating for marriage to be banned before the age of 18 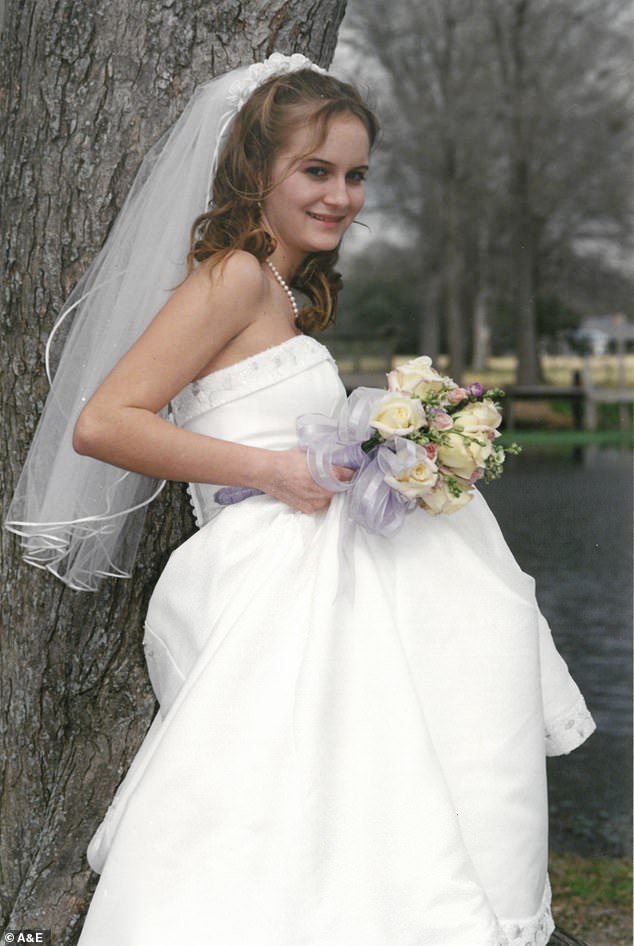 Lyndsy Duet is pictured above on her wedding day when she was 17 and pushed by her family to marry her foster brother. She had two children with him, and after getting divorced, she has gone on to get two degrees 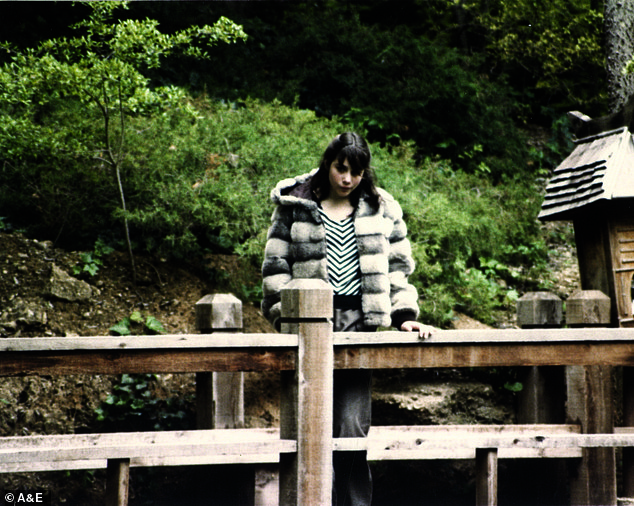 At aged 13, Dawn Tyree was forced to marry the man who raped her and got her pregnant. She said on a new A&E Network show, ‘I Was A Child Bride: The Untold Story,’ that she ‘spent many years feeling like it’s been my fault, and my voice doesn’t matter and have been shamed and ostracized’ 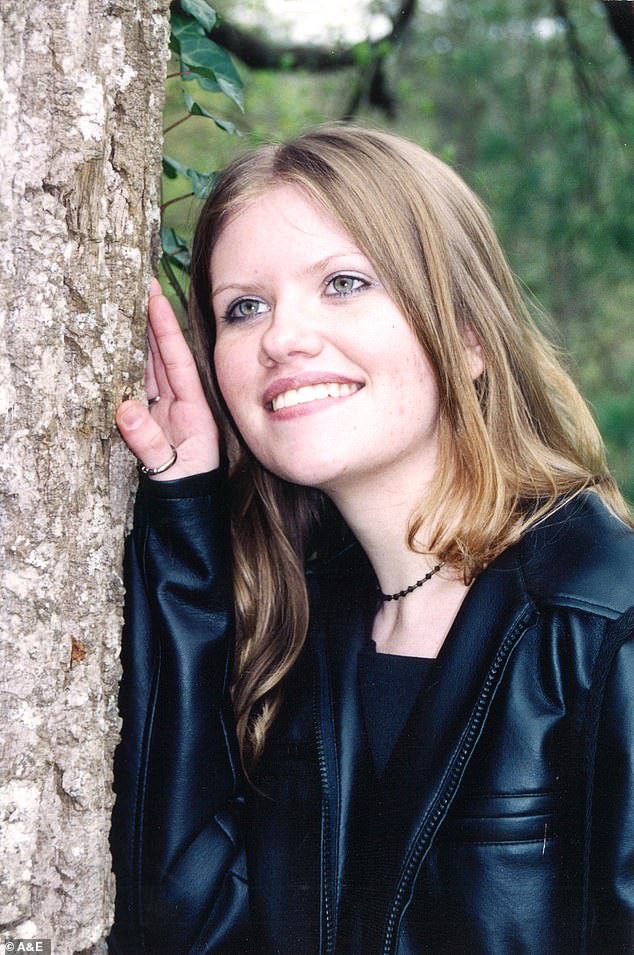 Donna Pollard, pictured above when she was young, got married when she was 16. She eventually got divorced, and has gone to work on changing laws in her home state of Kentucky

‘The state of Florida failed me,’ she said in the show. ‘Nobody protected me.’

Statutory rape laws, which prohibit sex with a minor, would have abusers facing legal ramifications, charges and jail time. Reiss, of Unchained At Last, explained that it is considered rape unless you are married, and Vargas called the marriages license ‘a get-out-of-jail-free card.’

Like Johnson, Lyndsy Duet grew up in a conservative Christian family.

‘At 17, I married my foster brother because that is what my family wanted me to do,’ she said in the show.

Raised in Houston, Texas, Duet said that when she was 14-years-old, her family took in a boy from their church. Duet said he was cruel and harsh toward her and her siblings, and that he tried coercing her into sex. She told him to leave her alone but one night he came into her room while her sister was sleeping.

‘I was 14 and I was a virgin. I had to protect my siblings,’ she said, ‘I didn’t have any options other than being with him.’

It was difficult to speak with her parents about the abuse because they didn’t have conversations about sex due to their religion, and her mother repeatedly told Duet that she was not praying enough.

‘I definitely always felt that I was at fault,’ she said.

When he was 18, her foster brother went to her mother and asked to marry Duet, then 16. Her mom, who thought this was a good idea, told Duet she would pay for college if she got married.

‘I didn’t feel like I had any option or choice,’ she recalled.

‘He just kept getting more and more abusive,’ she said.

After several years of marriage, she divorced him, and went on to get two degrees.

‘I had the fear that one day I’m going to be killed and no one’s going to know who killed me,’ she said, adding that she filed a police report detailing the abuse. ‘The police did not take me seriously at all. They acted like I was making it up or something.’

‘The Untold Story’ attempted to reach all ex-husbands for comment, some of which declined to give or to be interviewed.

Reiss, of Unchained At Last, said there was a 23 percent greater risk for some diseases, such as diabetes, as well as psychiatric disorders, and studies show it is due to a forfeited education and additional stress.

‘These are devastating and lifelong repercussions,’ she said.

Reiss has been advocating to change the laws so that marriage is banned under the age of 18. As of January this year, only two states, Delaware and New Jersey, have completely banned child marriage, according to the show.

After her divorce and having nine children, Sherry Johnson said: ‘I just felt strength inside that this will change, this will not stay this way always.’

She wrote a book about her experience called, ‘Forgiving the Unforgivable,’ and also pushed for a new law in Florida. Donna Pollard, who also shared her what happened to her in the show along with Dawn Tyree, also advocated for a new law in Kentucky as well. Both passed, but loopholes remain, according to the show. 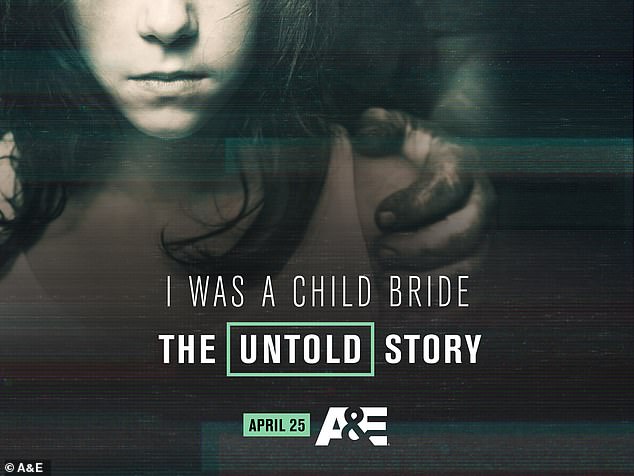 ‘I Was A Child Bride,’ is an episode of a new A&E Network series, ‘The Untold Story,’ and is airing on Thursday, April 25