An urban explorer has captured haunting footage from inside an abandoned prison which is being slowly reclaimed by the Australian bush.

The video reveals what remains of the eerie Queensland jail, but its exact location remains a mystery.

The Gold Coast-based explorer, who keeps his identity secret, filmed himself entering dilapidated cells and common areas, providing a fascinating glimpse into the former jail. 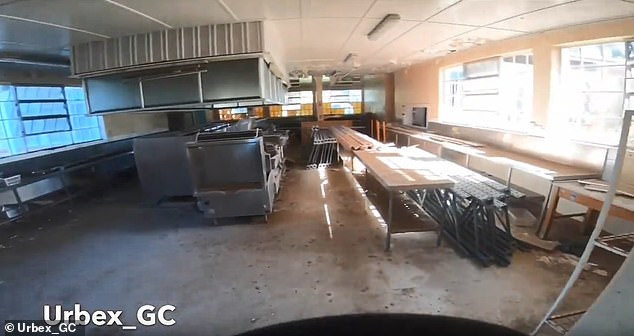 An anonymous explorer has captured footage inside an abandoned prison in Queensland, Australia (pictured is a kitchen)

He discovered all cells in the abandoned prison still contained a single steel bed frame, toilet and sink.

Broken glass windows and graffiti-sprayed walls captured the eerie essence of the jail.

As the explorer walked across caged bridges and balconies, the overgrown trees became visible.

The vandalised prison and the heavy-duty numbered doors had been reclaimed by nature. 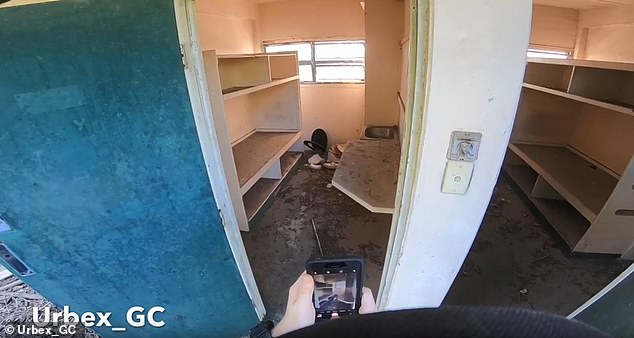 The photographer explored every nook and cranny of the facility, including a cafeteria and classroom which still contained tables.

Scattered furniture and equipment seemed to be untouched in various rooms of the prison.

There are a number of abandoned creepy buildings in Australia that fascinate adventure seekers.

Some of the most popular include South Fremantle Power Station in Western Australia, and Gladesville Mental Hospital and St John’s Orphanage in NSW.

Thrillseekers explore these urban graveyards, and some such as the Rozelle Tram Depot in Sydney have been restored for use as cafes or museums. 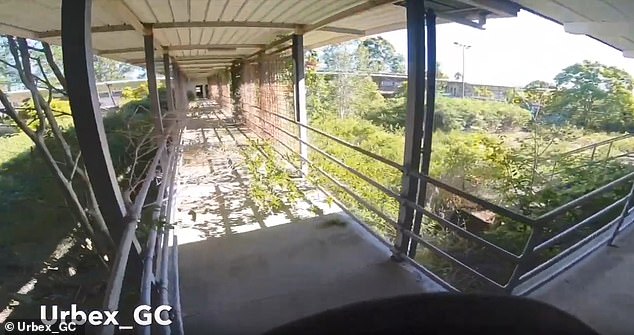 The vandalised prison and caged walkways have been reclaimed by nature