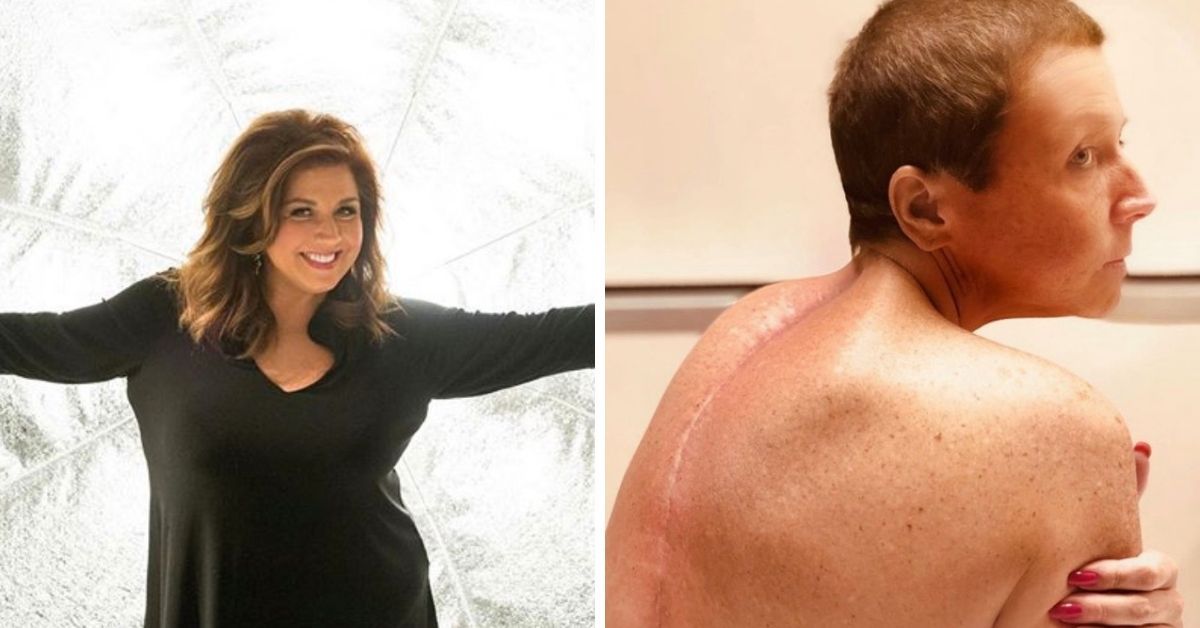 In April of 2018, Dance Moms star Abby Lee Miller was hit with life-changing news. After she left prison, she was living in a halfway house with the intention of restarting her life. Instead, she ended up fighting for it.

Miller had excruciating neck pain and weakness in her arm, which lead to an emergency surgery.

“In the span of 24 hours, which was something that I have not seen, her condition rapidly deteriorated,” her doctor Hooman Melamaed of the Cedar Sinai Marina de Rey Hospital said. “She was completely paralyzed from the neck down.”

Miller was diagnosed with a rare form of non-Hodgkin’s lymphoma, called Burkitt lymphoma, which is known for killing its patients in a matter of weeks. However, chemotherapy and surgeries all helped Miller stay alive, even though it was a treacherous process.

“I had 52 staples perfectly aligned and now a bunch of crazy stitches are holding my neck & lumbar region together!” she wrote after one of her surgeries.

Now, after 10 rounds of chemotherapy, Miller has some big news to share.

“The cancer’s gone,” she revealed to Us. “Burkitt lymphoma’s gone. I had a PET scan, and it was cleared. Not one cell of cancer after three rounds of chemo. But I still had seven more just for safety, which was stupid. I should have just worked on therapy.”

The chemotherapy might be over, but Miller will have to do extensive rehabilitation to learn how to walk again. She believes that if an MRI would have been done sooner, that could have been prevented.

“If the ER doctor wouldn’t have said, ‘Oh, go home and take it easy for 10 days. You’ll be fine,’ then they would have actually tested me and done an MRI and looked further at the blood labs. Then they would have known there was something really dramatically wrong,” she noted. “They could have done something, and they would have started the chemo immediately and … the mass of the infection would have never gotten strong enough to choke my spinal cord, and I wouldn’t be in a wheelchair and I’d be walking.”

It’s not the first time Miller has called out her doctors, either. One the one-year anniversary of her surgery, Miller asked the doctors who ignored her to stop practicing.

One year ago today ~ I underwent emergency surgery for an infection in my spine. This mass/tumor choking my spinal cord turned out to be Burkitt Lymphoma. I endured ten rounds of chemo therapy (each lasting 6 days with 4/ 24hr bags pumping poison into my body ending with a spinal tap in 3 spots, plus another shot of Chemo into my tailbone area up the spinal cord around my brain cavity) Ten times!

Another spine surgery was needed & I have one more still to go. I struggled thru months of physical therapy to learn to sit up again, to crawl and maybe with a miracle someday I’ll walk. Why didn’t the ER Doctors on duty do their jobs? I came in twice with the same symptoms? Why didn’t somebody listen to me, the patient?

I finally found the right team that’s why I lived to tell my story, I have a lot to say! Thank you to all wonderful top notch professionals who continue to help me heal. For those who missed it, misdiagnosed me, and the so called Federal “Doctor” who took me off medication cold turkey and the other ER “Doctor Hollywood” who told me to go home and take it easy for 10 days – STOP practicing! Please 🙏🏻

Miller admitted that the cancer battle was lonely, and that at some points she didn’t care if she was going to die.

“You definitely feel alone,” she said. “My three friends were there [at the hospital but] I’m an only child, my mom and dad are both deceased and I’m not married, I don’t have siblings to lean on. That’s why, for me, if I died, it didn’t really matter. There were people who care about me, but there wasn’t anybody dependent upon me.”

Both her parents died of cancer, so Miller assumed that’s how she would go as well.

“I always thought I would die of cancer because my mom and my dad both died of cancer. My dad died of osteocancer, and my mom died of colon cancer,” she told Us. “But I just never thought it would happen this soon and this fast and this ugly.”

As for whether or not her cancer will appear again, the reality star doesn’t want to ask.

“I haven’t asked that. I would be afraid to ask that, but I don’t think it’s that kind of a cancer,” she told Us. “It’s a lymphoma, but it’s not … It’s like this weird, strange, bizarre thing that happens, and it’s gone and we need to move on.”

In true working-woman fashion Miller is ready to get back to work and back on TV.

“I feel OK,” she said. “I want to go back to the weight I was when I got out of prison. I want to get back on track and get back to my life in Los Angeles. And I want to sell these TV shows.”

Even if you didn’t like Miller on Dance Moms, you have to admire her fight against such an awful disease.

Have you been following Abby Lee Miller’s journey?

Grieving Family Stunned When They See What Strangers Wrote On Their Bill
Sophia Bush : can you find the star of the Brothers Scott on these images ?
Tough Questions for Each Zodiac Sign
Woman Smears Period Blood On Her Face To Prove It's Not Gross
Pennsylvania Home Listing Goes Viral Because Of Secret Sex Dungeon
Watch: Adorable Grandparents Got "Engaged" Again After 63 Years Of Love
Watch: Blind Teen’s Voice Leaves Lionel Richie In Tears On 'American Idol'
Princess Charlotte : Why is it more bankable than Prince George ?