A Utah doctor has filed a lawsuit accusing actress Gwyneth Paltrow of seriously injuring him in a ‘hit-and-run’ a crash at a swank Park City ski resort in 2016.

Terry Sanderson says in a complaint that was filed Tuesday in a Utah court that Paltrow was skiing with an instructor at Deer Valley when she lost control and slammed into him from behind.

That Oscar winner then proceeded to get up and ski away, without checking on Sanderson or offering any assistance according to the legal filing.

Soon after the GOOP guru fled the scene, Sanderson claims that her instructor came over and informed the injured man that the incident was his fault and then also skiied off.

Sanderson says in the complaint that neither Paltrow or the instructor alerted ski patrol after abandoning him, and he was left stranded and alone with brain damage on the mountain.

Reps for Paltrow dismissed the filing as being ‘without merit’ and said their client expects to be ‘vindicated’ in the case. 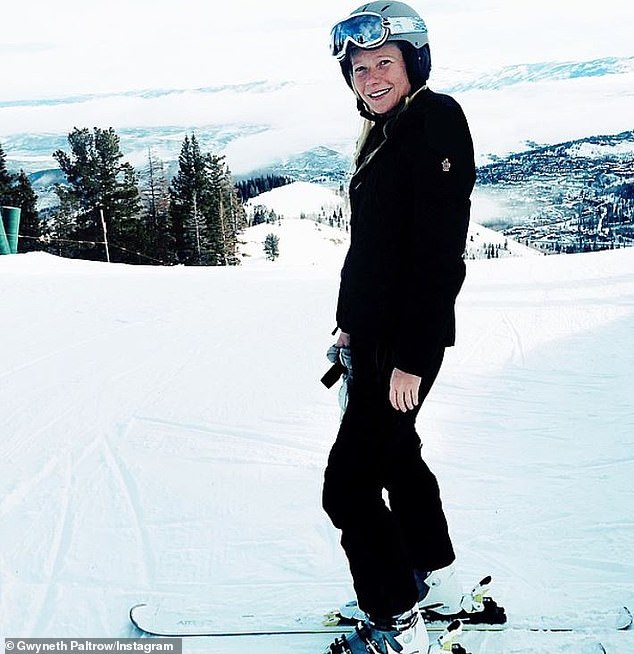 Goopsie-daisy: Terry Sanderson filed a lawsuit Tuesday in Utah claiming that Gwyneth Paltrow (above at Deer Valley in 2015) broke four of his ribs and left him with brain damage after a ski crash 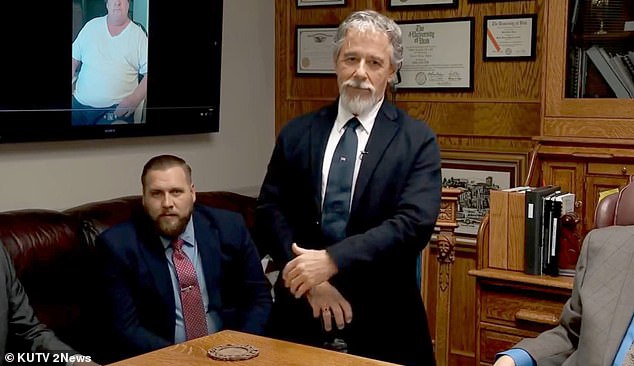 Accuser: Sanderson (center) said that Paltrow and her ski instructor, Eric Christiansen, left him suffering on the side of the mountain and did not alert the ski patrol

‘This case involves a hit-and-run ski crash at Deer Valley, Utah, where Defendant Gwyneth Paltrow skied out of control and hit the back of Terry Sanderson, another skier, who was downhill, knocking him down hard, knocking him out, and causing a brain injury, four broken ribs and other serious injuries,’ states the legal filing.

‘Paltrow got up, turned and skied away, leaving Sanderson stunned, lying in the snow, seriously injured.’

That is when a ski instructor came over and derided Sanderson claims the filing, despite the fact that he did not see the crash.

‘He also failed to send help, as he was obligated to do, and later filed a false report to protect his client, Ms. Paltrow,’ states the filing.

‘Neither Ms. Paltrow nor Deer Valley lodge personnel notified emergency responders about the injured Dr. Sanderson. They left him at the scene with serious brain injuries caused by Ms. Paltrow.’

The instructor has been identified in the court filing as Eric Christiansen.

Paltrow was also with friends and family as well as to additional employees according to the lawsuit.

There is also a witness in the case, who was seen on a video presented during a press conference on Tuesday.

‘I saw Gwyneth Paltrow hit him in the back. Terry wasn’t moving his skies were facing down the hill,’ stated the man.

Paltrow had posted a photo one year prior while at Deer Valley bragging about what a natural athlete she was, writing:  ’20 years later and I still got it #justlikeridingabike #ididntbreakanything!’