Airport staff could be given powers to shoot down drones with shotguns or ‘net bazookas’ under laws to prevent a repeat of the recent chaos at Gatwick.

Drone operators will also be banned from flying within three miles (5km) of an airport, compared with the current 0.6 miles, and the maximum height for their devices is set to be lowered from 400ft.

Under plans unveiled by ministers last night, police would also be able to force operators to land drones flown illegally near airports and prisons. 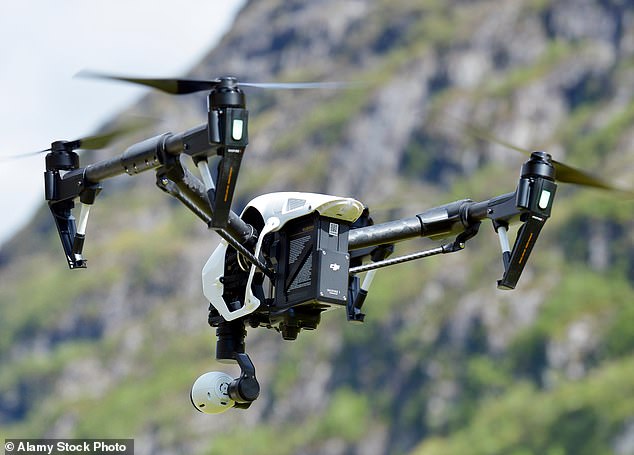 In a 70-page consultation paper, the Department for Transport revealed the Home Office will begin testing new counter-drone technology to help airports detect them and bring them down if they pose a threat.

Details of defence systems were not provided and the draft drone Bill is not due to be published for several months.

But a Whitehall source referred to tests being carried out by the Metropolitan Police at Heathrow. These involve bazookas that fire a mortar-like projectile containing a net to snare a flying drone within a range of 130 yards.

Gatwick is also investing millions in anti-drone measures thought to include the Israeli-designed Drone Dome, which can detect and jam communications between a drone and its operator. Police already have powers to shoot down drones but have been reluctant to use them. 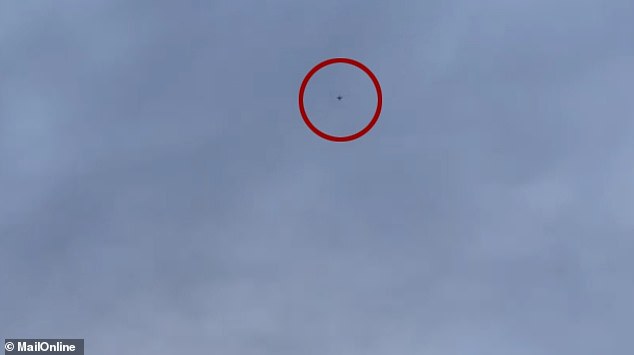 Marksmen were seen carrying shotguns at Gatwick last month when around 1,000 flights were grounded after drones were flown over the airport

Marksmen were seen carrying shotguns at Gatwick last month when around 1,000 flights were grounded after drones were flown over the airport.

But officers said they could not shoot down the remote-controlled craft for fear of stray bullets.

The DFT is also working with drone manufacturers to develop geo-fencing technology that automatically prevents the craft from flying near airports and prisons.

This software already exists in drones but is easy to disable. Under the new regime, police will be able to inspect drones they have grounded to check whether this has happened. Police watchers are on the roof of the Gatwick police station. Officers said they could not shoot down the remote-controlled craft for fear of stray bullets

From November people will also have to be registered with the Civil Aviation Authority when they buy a drone and take an online test to fly one.

Pilots and air traffic controllers have warned it is only a matter of time before a potentially catastrophic collision between a drone and a passenger jet.

Airport bosses have also expressed frustration at not being able to protect themselves against the risk despite increasing near misses.

Last night, Labour accused the Government of being ‘slow off the mark’ and said new powers for police were ‘meaningless’ unless they are given more resources.

The British Airline Pilots’ Association said the plans are ‘a win for flight safety’.

Jeffrey Epstein forced rape victim to have plastic surgery at 18 to remove moles
Khabib Nurmagomedov vs Conor McGregor Q&A: All you need to know
John McAfee claims he's holed up in an aluminum foil-lined room in Lithuania 'to evade the CIA'
FBI is running criminal probe into 'scam' company with Trump acting attorney general on the board
Shocking moment worker at game farm grabs pheasant and slams it against a cage
How Scott Morrison engineered one of the greatest election wins in Australian political history
Strictly Come Dancing: Mike Bushell is eliminated after judges unanimously save Michelle Visage
Two nuns are among 23 people dead in new coronavirus tragedy at Spanish old people's home