A large apartment overlooking Copacabana beach and a ranch in the mountains outside Rio de Janeiro producing avocados, guava, bananas and Tahiti lemons.

All bought secretly for the firm’s boss, with company cash, it is claimed, for £14 million.

This latest alleged example of corporate greed and corruption has been exposed at car giant Nissan, which provided the properties for its chairman, Carlos Ghosn.

To add insult to injury, it has been revealed that the tycoon (who also has a beautiful, double-height home with stunning views across Tokyo) has also been accused of ‘significant acts of misconduct’ over his salary.

It is believed that he under-reported his own pay by £34 million over a five-year period from 2011.

These shocking revelations of alleged corporate looting by the world’s most powerful motor industry boss do not, sadly, come as a great surprise. 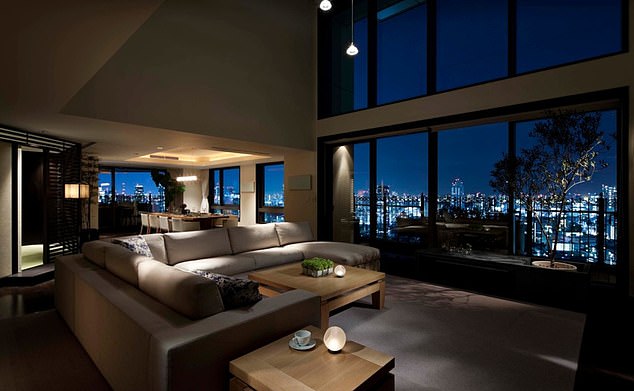 The plush interior of the 64-year-old’s property which has sweeping views across Tokyo, Japan 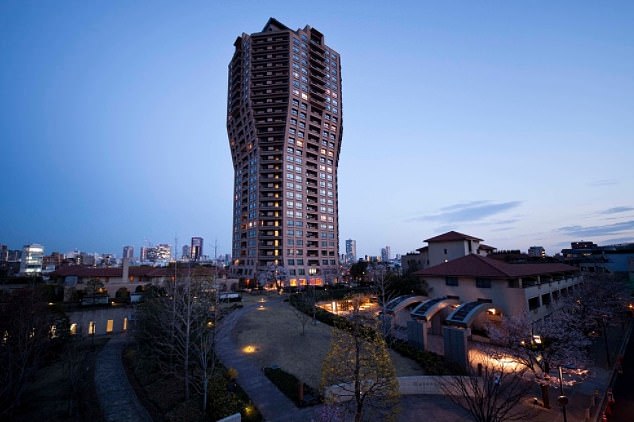 Nissan boss Carlos Ghosn’s Tokyo penthouse thought to have been bought for him for £2.7million by the company

For the recent behaviour of some leading car manufacturers has been as noxious as their vehicles’ exhaust emissions.

Most egregious has been Volkswagen, which has faced criminal prosecution for shamefully rigging tests of its cars to disguise the true level of toxic diesel emissions.

Indeed, the subsequent difficulties experienced by the German car industry have contributed in a big part to the downturn in the country’s once impregnable economy.

There has also been public outrage over the way car salesmen have offered finance deals to would-be buyers who they know would struggle to pay the debt, leading to huge suffering for their families.

And, most recently, there has been the humiliation of Tesla founder Elon Musk, once hailed as the great hope of the industry’s future.

About £6 billion was wiped off the firm’s value as investors dumped stock in the electric car-maker after Musk was accused by U.S. regulators of falsely claiming that he had secured funding to take the firm private.

This is why revelations about Nissan chairman Carlos Ghosn symbolise the malign state of the world motor industry. 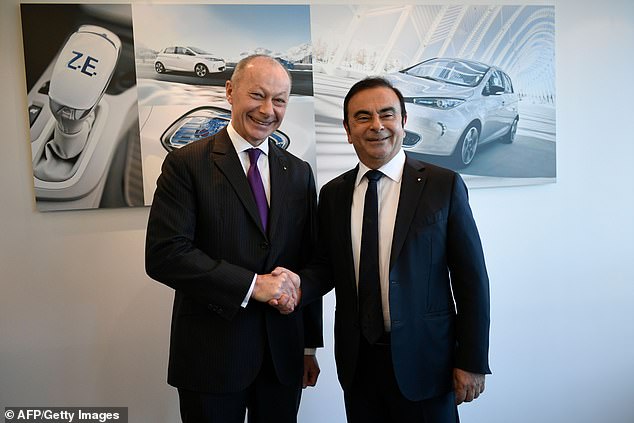 Ghosn (right) with Thierry Bollore, his number two at French car-maker Renault when he was made deputy director 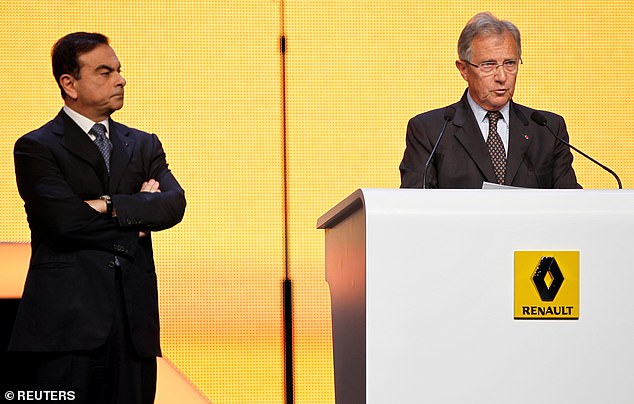 Such alleged malfeasance is distressingly reminiscent of the actions of leading bankers during the financial crisis of 2008.

Yet again, we are witnessing what can happen when powerful corporate bosses feel unrestricted by the moral codes to which most people adhere, when they are inadequately regulated and when they believe they are superior to the rest of us mere mortals.

Unfortunately, too, this arrogant breed is rarely challenged by directors, shareholders or colleagues. As a result, they develop a contemptuous view of everybody else.

They are convinced they are above national and international laws and that they don’t need to abide by professional disclosure obligations.

How telling that 64-year-old Ghosn has been witheringly described by his ex-wife (in a social media comment) as a ‘narcissist’ who has ‘a whole set of rules for others’ but who, she says, ‘follows none of his own rules, and practises nothing of what he preaches’.

Blind to such character flaws, Mr Ghosn has been indulged by world governments and venerated for the way he has been a cheerleader for the global car industry.

In addition to his role with Nissan, he is chairman and chief executive of Renault, the previously struggling company controlled by the French government.

How ironic that Moneybags Ghosn, who is also boss of Mitsubishi Motors as part of a strategic alliance of the three car giants, has for many years been nicknamed by workers ‘Mr Cost-Cutter’.

The British Government has also fallen under his spell.

Two years ago, he sought assurances that Nissan would be protected from any ill-effects of Brexit.

The firm has a factory in Sunderland, with 7,000 workers producing 50,000 cars a year. Having received a reassurance — in a deal the terms of which are still secret — Mr Ghosn said he believed the UK would ‘remain a competitive place to do business’. 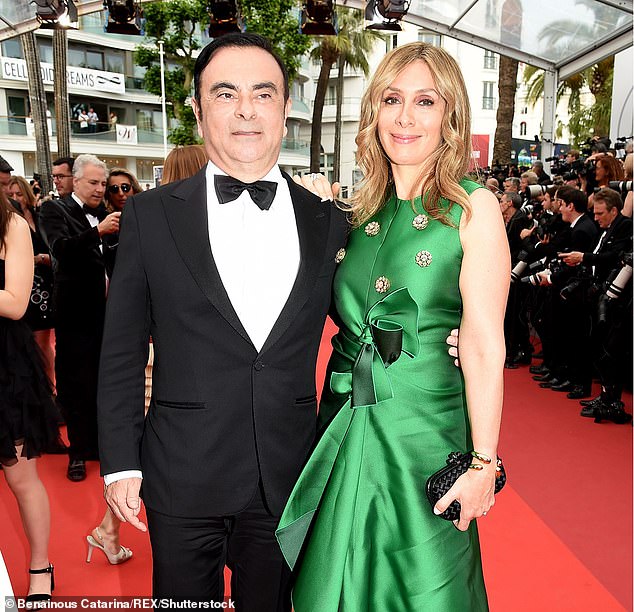 The sad truth is politicians and fellow businesses, as well as the car-buying public, have been hoodwinked by Mr Ghosn’s ‘triumphs’.

They have sat on their hands and allowed car manufacturers to put money over morals.

Ten years ago, bank chiefs ruthlessly employed amoral techniques to sell so-called sub-prime mortgages to the poor while pocketing multi-million bonuses for themselves. There followed a wave of other City scandals — from PPI to interest-rate fixing.

Most disgracefully, Volkswagen has been exposed for falsifying emissions test readings for its diesel cars by deliberately installing software in 11 million vehicles. The sole purpose was to deceive inspectors and dodge pollution laws.

How utterly appalling that VW bosses thought they could get away with such flagrant and widescale dishonesty.

While the British Government blithely promoted diesel cars as eco-friendly, thankfully America’s Environmental Protection Agency discovered the firm had doctored the testing of diesel engines so that they appeared to meet strict U.S. emissions standards.

In fact, they were pumping 40 times the claimed test data when the cars were sold and on the road — and, as a result, the U.S. authorities ordered VW to pay a £2.2 billion fine. 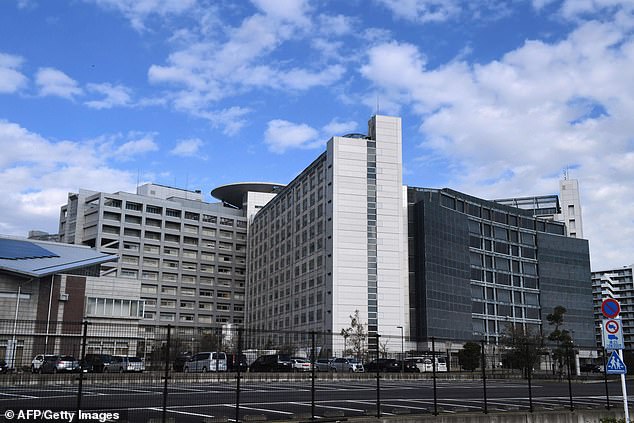 It subsequently emerged that BMW and Daimler, owner of Mercedes, had engaged (though to a lesser extent) in similar behaviour.

All big three German car-makers are under investigation by the European Commission. No wonder the country’s world-leading motor industry is in the dock.

Of course, this isn’t the first time that car giants have been accused of sometimes unethical practices.

In the Sixties, American consumer champion Ralph Nader published an excoriating attack on the U.S. motor industry entitled Unsafe At Any Speed.

It recounted how General Motors had covered up design faults in its Chevrolet Corvair, saying the vehicle had unacceptable rollover risks which cost countless lives.

Four decades on, it seems the industry has not learnt the error of its ways.

Elon Musk has been humiliated after being charged with fraud by the U.S. financial regulator — eventually reaching a settlement that saw the regulator drop the charges in return for fines of £16 million ($20 million) from Tesla and Mr Musk.

Only a few months previously, Musk had rebuked financial analysts, calling them ‘boring and bone-headed’ for questioning his firm’s performance. A victim of hubris, he has since been forced out by Tesla’s board.

For his part, the fall from grace of Nissan’s Ghosn is one of the most spectacular setbacks in corporate history.

As with past General Motors scandals and the VW emissions shame, the Nissan debacle is simply corporate greed.

Indeed, the car industry is considered to be guilty of placing profits ahead of customers’ wellbeing and above other priorities such as trying to clean up the environment.

As with the bankers whose greed triggered the worst financial crisis since the Great Depression, it seems we are witnessing in the behaviour of car bosses a shameless loss of a moral compass.

Carlos Ghosn will be sacked tomorrow and, if he is found guilty, will hopefully disappear from the world stage.

But his name will remain etched on a roll-call of dishonour as the latest businessman whose greed, impropriety and folly have caused untold damage to the national economies upon which the financial wellbeing of us all depends.