The leader of the 2014 campaign for an independent Scotland has slammed David Cameron as ‘desperate’ and ‘improper’ after the former PM revealed he pleaded for help from the Queen to keep the Union intact.

In BBC documentary ‘The Cameron Years’ tonight, the former PM reveals his private office pleaded with royal aides that ‘just a raising of the eyebrow, even, you know, a quarter of an inch, we thought would make a difference.’

A week later Her Majesty, pausing uncharacteristically to speak to well-wishers outside Crathie Kirk near her Balmoral estate, said she hoped the Scottish people would ‘think very carefully about the future’.

The intervention came days after a poll showed Yes [to leave] ahead for the first time and is considered to have impacted the campaign which was at times on a kinfe-edge before concluding with a ten-point victory for Better Together.

The former First Minister of Scotland, Alex Salmond, said: ‘Begging a constitutional monarch to make a political intervention is not only totally improper but an indication of how desperate Prime Minister Cameron was in the final stages of the Scottish referendum campaign.’ 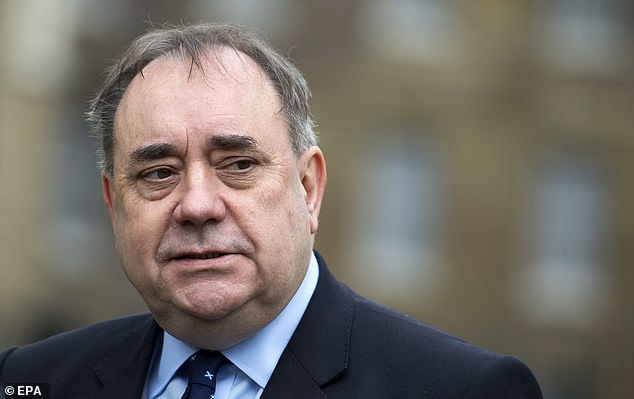 The ex-SNP leader told the Scotsman: ‘Five years on Scotland should remember that Westminster does not recognise any political rule book. Cameron started the campaign uber-confident and ended up in a blue funk.

‘I doubt if Scotland will let the establishment off the hook next time around.’

He added: ‘As to Cameron’s suggestion that he was successful in securing a royal intervention, I doubt that.’

During the campaign Mr Salmond tried to claim the Queen for his own side, telling rpeorters: ‘I think Her Majesty the Queen, who has seen so many events in the course of her long reign, will be proud to be Queen of Scots, and indeed we would be proud to have her as monarch of this land.’

The SNP declined to comment on Mr Cameron’s revelations. A party source told the Daily Mail they had been ‘unfazed’ by the Queen’s remark at the time, and were now ‘focused on the future, not the past’.

In his book, For The Record, Mr Cameron has also revealed how on the day of the poll which put the Yes campaign ahead, he had to prepare for an audience with the Queen ‘the woman who had reigned over the UK for 62 years’ while he was ‘the man who had allowed a vote on its possible disintegration.’

Mr Cameron said he was forced into the desperate move – which preceded the Queen’s comments which were made just a week before the vote –  after a devastating poll showed Scotland was on the verge of voting for independence.

He strenuously denied that what he had done was ‘improper or unconstitutional’.

But his admission that he made the intervention is likely to be controversial because the Queen is supposed to be scrupulously neutral in matters of politics. 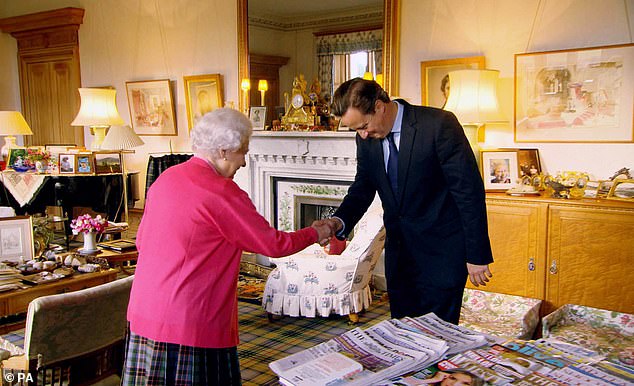 Mr Cameron said he was staying at Balmoral when a poll in The Sunday Times on September 7, 2014 put the Yes campaign ahead for the first time.

He described how it hit him ‘like a blow to the solar plexus’ and led to a ‘mounting sense of panic that this could go the wrong way’.

A week later, on Sunday September 14, the Queen made her comment about the referendum as she left Crathie Kirk near her Balmoral estate in Aberdeenshire.

‘No’ campaigners welcomed the remarks, which received widespread press coverage and were interpreted by some as helpful to their cause.

Mr Cameron said: ‘It was certainly well covered [by the media]. Although the words were very limited, I think it helped to put a slightly different perception on things.’

Scots went on to vote 55 per cent to 45 per cent in favour of remaining in the UK in the referendum. 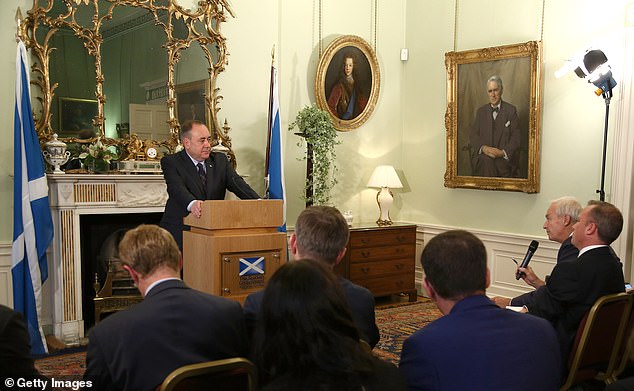 SNP leader Alex Salmond quit after losing the independence referendum by 55 per cent to 45 per cent in 2014. He was replaced by Nicola Sturgeon

The BBC documentary was timed to coincide with the publication of Mr Cameron’s memoirs For The Record.

In the book Mr Cameron also reveals he apologised to the monarch after his comments to former New York Mayor Michael Bloomberg – that the Queen ‘purred down the line’ when he called her to relay the result –  were caught on a hot mic.

Alex Salmond hit back: ‘What I can vouch for is that the week after the referendum I was asked to meet the Queen at Balmoral.

‘We discussed Cameron’s ‘purring comments’ to Michael Bloomberg in New York in the aftermath of the referendum where he again blurted out what he claimed were her private thoughts.

‘Unlike David Cameron I will not divulge what she said but suffice to say she was very far from amused at his behaviour.’

The book makes no mention of getting the Queen involved in the referendum campaign. He merely writes: ‘Then, that Sunday, one week after the Sunday Times headline, the Queen spoke to some of those gathered outside Crathie Kirk, and said that she hoped Scots would think ‘very carefully’ about the vote. I was delighted.’

Mr Cameron wrote of his shock at the Sunday Times opinion poll that put Yes on 51 per cent and No on 49 per cent.

He said: ‘Shortly I’d be having an audience with the Queen at Balmoral Castle: she, the woman who had reigned over the United Kingdom for 62 years; me, the man who had allowed a vote on its possible disintegration.

‘Of course, she was completely charming – they all were. But as Prince Philip showed me the barbecue he had designed to roast grouse and sausages over charcoal when we were all up at the hillside bothy, the referendum was clearly on everyone’s mind.

‘They gingerly asked questions about it, but knew they shouldn’t express too strong an opinion.

‘That is the reality of a constitutional monarchy within a parliamentary democracy: a prime minister can instigate a sequence of events that could change the make-up of the country; the royal family can’t even express a view on it.’

Mr Cameron told his special adviser to do ‘whatever it takes’ to get the Scots on side. This led to a joint visit to Scotland with the then Lib Dem and Labour leaders, Nick Clegg and Ed Miliband, and a promise to rush out extra powers called ‘The Vow’.

The Cameron Years is on BBC One tonight, 9pm.