Almost 300,000 more NHS operations could be carried out every year if schedules were better organised and staff planned leave earlier, a review has found.

Booking time off six weeks in advance and agreeing lists of operations a month ahead could lead to 5,600 extra procedures being carried out a week.

The analysis by watchdog NHS Improvement found that making schedules more efficient would reduce the backlog of patients waiting for elective operations such as hip and knee replacements. 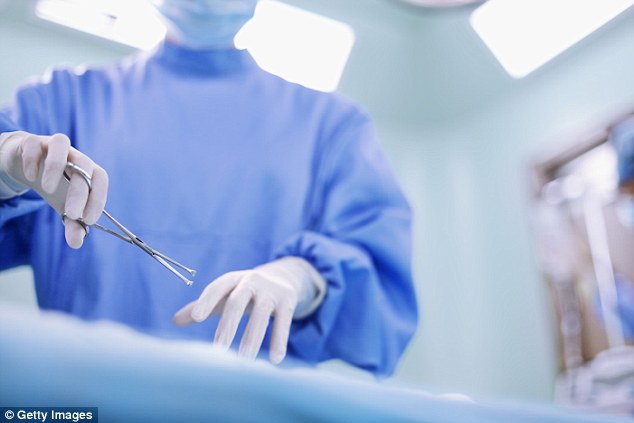 Almost 300,000 more NHS operations could be carried out every year if it was more efficient, a watchdog found (file photo)

Experts estimate that cutting these delays could result in a further 291,327 procedures being carried out – an increase of about 17 per cent.

This could include 41,000 more cataract and other eye operations, 57,000 more orthopaedic operations and 30,000 more ear, nose and throat operations.

Despite a record five million non-urgent operations being carried out in the past year, almost 2,500 patients were left waiting longer than a year for treatment, according to the latest NHS figures. Waiting lists have surged from 2.6million in 2011 to 4.1million by September last year as hospitals struggle to meet demand.

NHS Improvement, working alongside the Royal College of Surgeons, said it was encouraging hospitals to consider a ‘6-4-2’ model, which is being used successfully in some NHS trusts in England.

Professor Tim Briggs, NHS national director of clinical improvement, said: ‘While waiting times for surgery are lower than they have been historically, more can be done, so it is important that we work with clinical teams to identify further solutions and share best practice.

‘It is encouraging that pockets of innovation, like the 6-4-2 model, exist already.’

Ian Eardley, council member of the Royal College of Surgeons, welcomed the report but said other issues – such as staff and bed shortages – affected operation numbers.