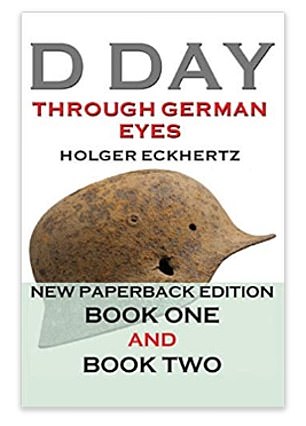 Author Holger Eckhertz claims the accounts were gathered by his grandfather, journalist Dieter Eckhertz, in the 1950s.

But Giles Milton, author of D-Day: The Soldiers’ Story, is one of three experts who said they found the book unconvincing.

‘There’s no record of any of the soldiers in any other publication. If you put in any other soldier [into a search engine] you will find a trace of them somewhere, even in the Bundesarchiv,’ Milton told The Times.

Another sceptic told the paper they were keeping ‘an open mind’.

Neither Holger Eckhertz nor anyone with his surname is listed in telephone directories in Germany or Britain – fuelling suspicions the book is a hoax.

The companies he names as his publisher and translation service, DTZ History Publications and Sprech Media, are not listed in Companies House or Germany’s equivalent, the paper reports. 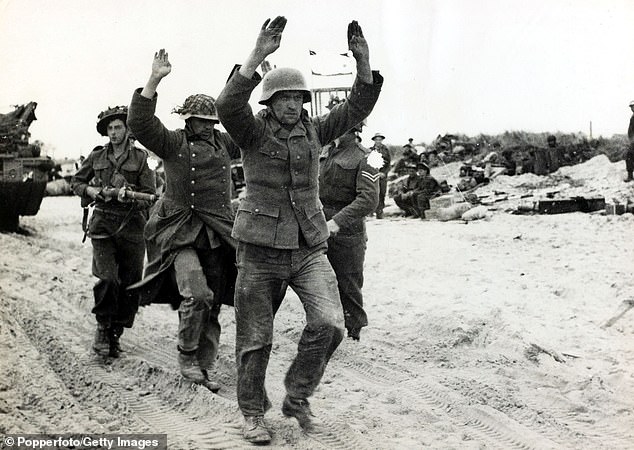 German prisoners being marched along the beach during the Normandy landings in June 6, 1944

There is also no record of the book, of any publication written by anyone named Eckhertz, in the German equivalent of the British Library – suggesting the title isn’t a translation of a German book.

Robert Kershaw, who wrote the D-Day book Landing on the Edge of Eternity, said there was enough accuracies in Eckhertz’s work to convince him.

‘It would have taken a lot of effort to make it up because there is sufficient accuracy in the small parts I looked at to warrant inclusion,’ he told The Times.