An angry motorist beats a man to the floor and smashes into another car in an excessive bout of road rage.

Shocking footage shows a man, wearing a green jacket, marching out of his car and confronting another motorist after a dodgy overtake on a Leighton Buzzard road near Milton Keynes.

He strikes the man and pushes him to the floor before jumping in his black Peugeot to make a speedy getaway. 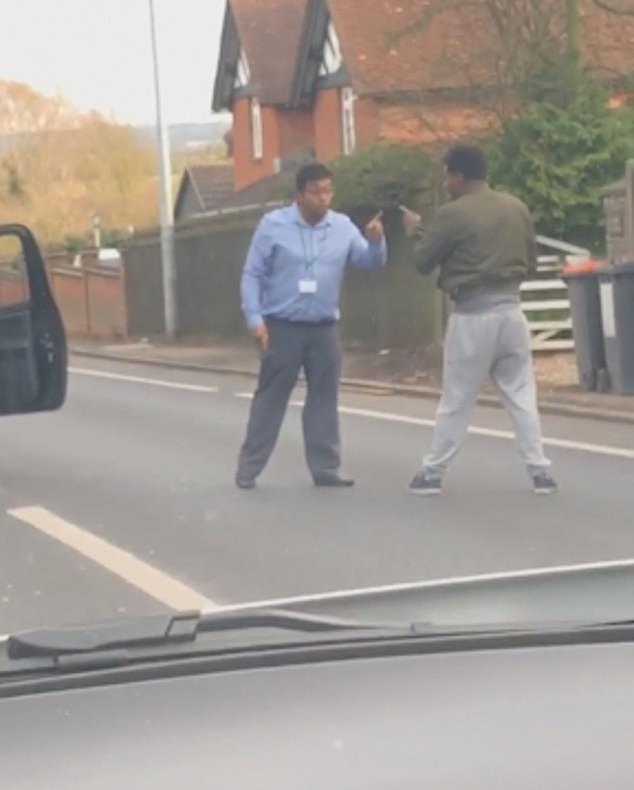 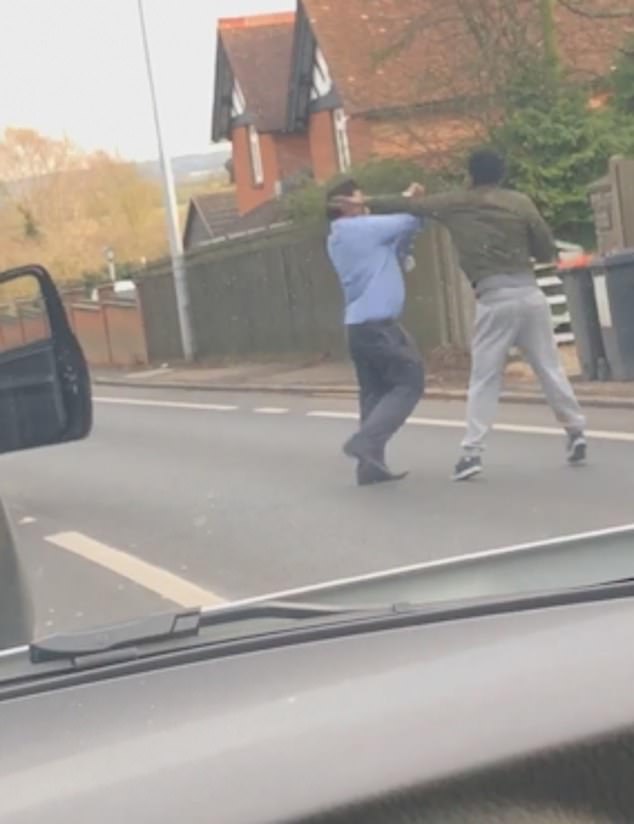 The other man tries to stop him, getting his fingers slammed in the Peugeot’s car door.

As the driver pulls away he fails to spot the approaching red Vauxhall and smashes into it, sending bits of car flying across the road. 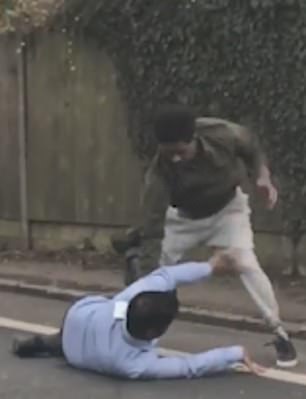 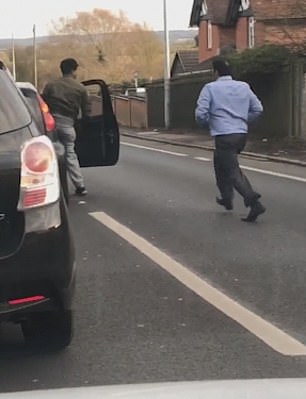 A bystander, who doesn’t wish to be named, told MailOnline: ‘We were on our way home and a car overtook our van and the car in front of us, very nearly causing a crash.

‘They both got out the car almost instantly as it happened.

‘As they both got out they started arguing while putting their guards up ready to fight and the rest is seen.

‘He jams his fingers in the door as he goes to leave as well.’ 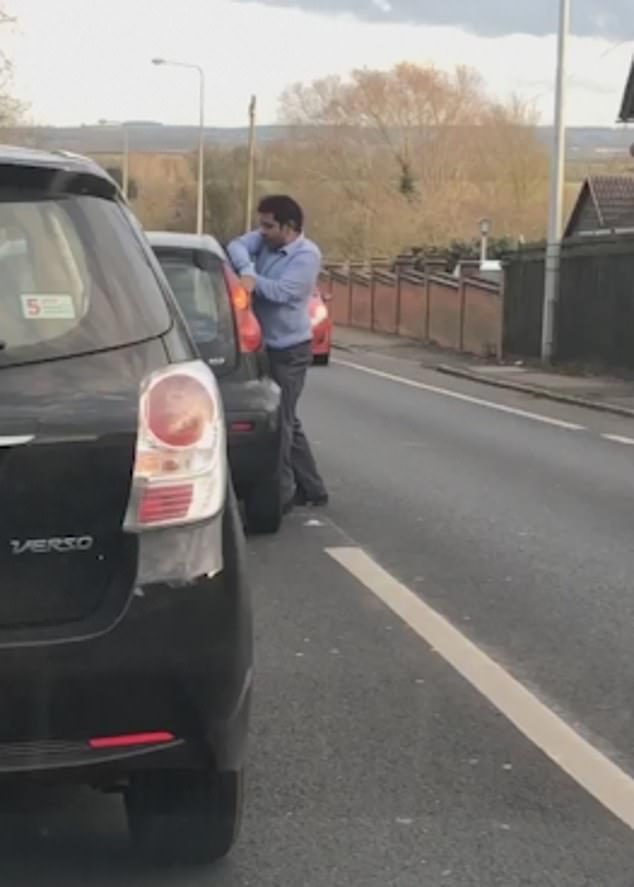 He then tries to drive away but smashes into an innocent red Vauxhall, sending bits of car flying across the road

TALK OF THE TOWN: Elisabeth Murdoch doesn't want her daughter to show too much cleavage at wedding
China accused of lying over true scale of coronavirus
Emily Ratajkowski and Naomi Watts at GQ Australia Awards
Government science adviser savages Boris Johnson over defence of Dominic Cummings
Lesbians are the happiest as they are well-paid and more likely to get a promotion, study finds
Britain will be hit with weeks of rain from today as heatwave ends suddenly
Killer robots and autonomous AI weapons must be banned before they become reality of future wars
Gemma Collins in TEARS on Dancing On Ice as she's 'lost her confidence' after THAT nasty fall