A huge study suggests the Apple Watch can detect a worrisome irregular heartbeat at least sometimes – but experts say more work is needed to tell if using wearable technology to screen for heart problems really helps.

More than 419,000 Apple Watch users signed up for the unusual research program that began on November 30, 2017, making it the largest ever to explore screening seemingly healthy people for atrial fibrillation, a condition that if untreated eventually can trigger strokes.

Partnering with Apple, Stanford University researchers reported Saturday that the watch didn’t panic flocks of people, warning just half a percent of participants – about 2,100 – that they might have a problem.

But even among those flagged, ‘it’s not perfect,’ cautioned Dr. Richard Kovacs of the American College of Cardiology, who wasn’t involved with the study. 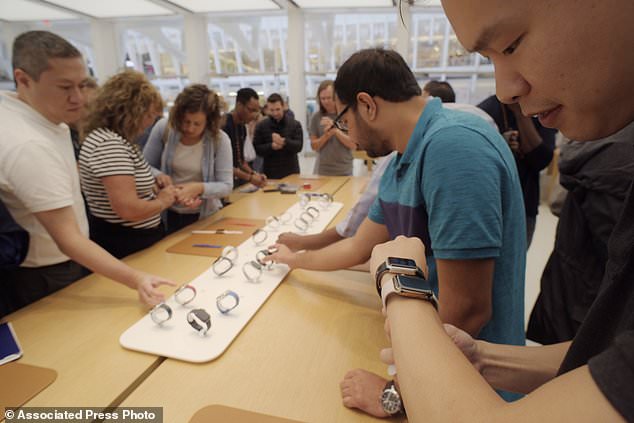 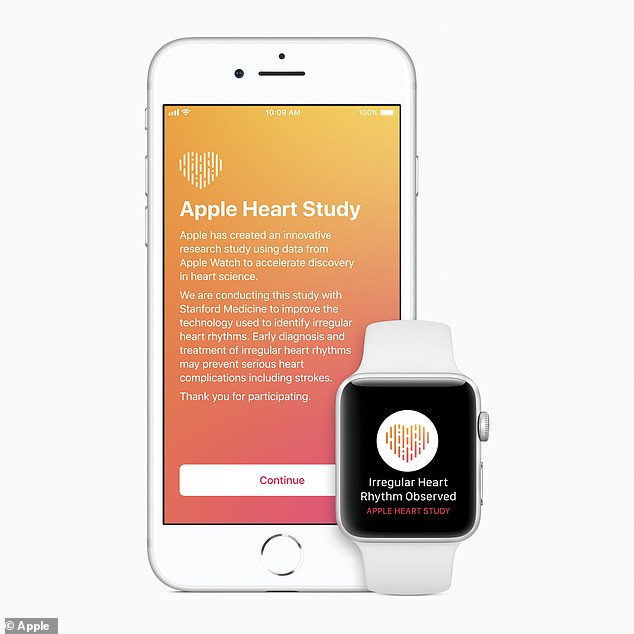 The heart study announced by Apple on November 30, 2017, had 419,000 participants making it the largest ever to explore screening seemingly healthy people for atrial fibrillation

People who received an alert were supposed to consult a study doctor via telemedicine and then wear an EKG patch measuring cardiac activity for the next week to determine the watch’s accuracy.

Some skipped the virtual check-up to consult their own doctors; overall, about 57 percent sought medical attention.

Among those who got EKG monitoring during the research, a third had atrial fibrillation, according to preliminary results being presented at an American College of Cardiology conference in New Orleans.

A-fib tends to come and go, and a week of monitoring might have missed some cases, said Stanford lead researcher Dr. Mintu Turakhia. 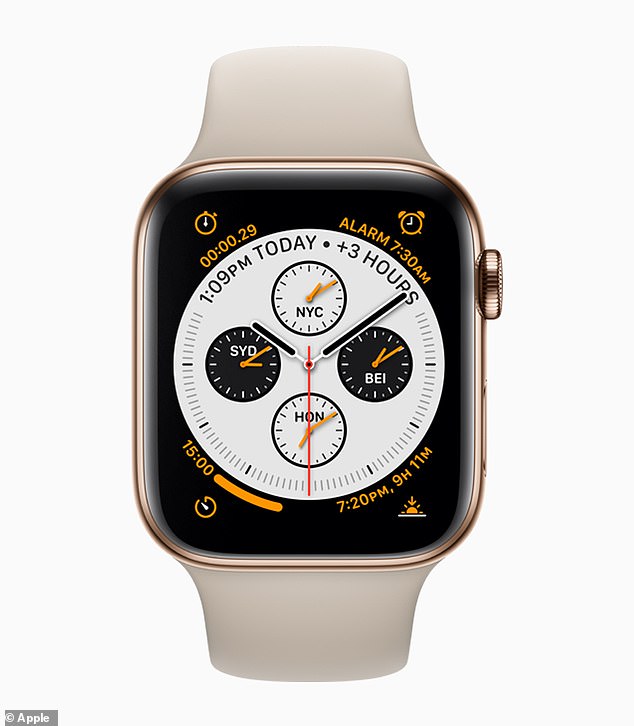 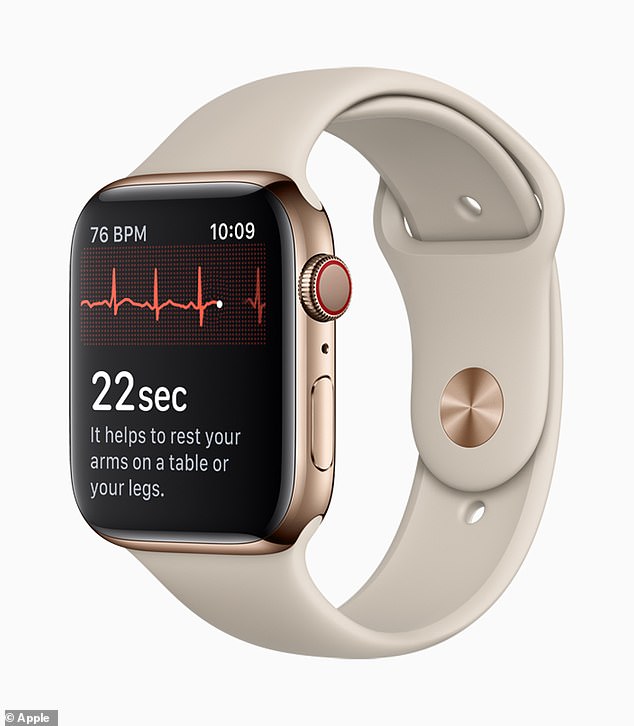 But if the watch detected another irregular heartbeat while someone was wearing the EKG patch, 84 percent of the time it really was a-fib, he said.

‘This study we believe provides very encouraging evidence that a device, the Apple Watch, can be used to detect a-fib and to point out to people when additional monitoring or testing may be needed,’ said Dr. Lloyd Minor, Stanford’s dean of medicine.

Other cardiac experts said the study, which was funded by Apple, suggests screening with wearable technology might be technically feasible eventually, but needs lots more research.

‘I would not advise this to the overall general population,’ said Dr. Valentin Fuster, director of Mount Sinai Heart in New York and a former American Heart Association president, who wasn’t involved with the research. Instead, he’d like to see it tested in seniors with risk factors like high blood pressure. 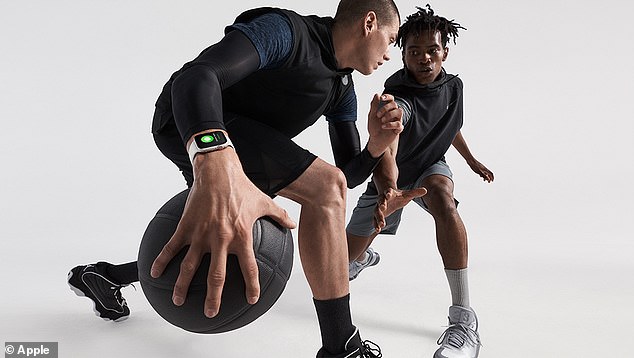 The Apple Watch warned just half a percent of participants – about 2,100 – that they might have a problem 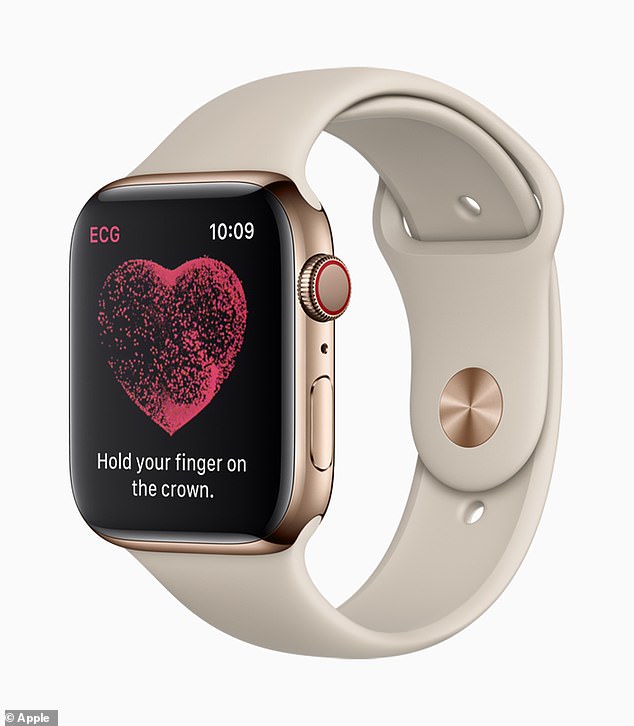 WHAT IS ATRIAL FIBRILLATION?

A-fib occurs when the heart’s top chambers, called the atria, get out of sync with the bottom chambers’ pumping action. Sometimes patients feel a flutter or a racing heart but many times they’re not aware of an episode.

Sometimes the heart gets back into rhythm on its own. Other patients get an electric shock to get back into rhythm, or are prescribed blood thinners to counter the stroke-causing blood clots that untreated a-fib can spur.

HOW DO DOCTORS CHECK FOR IT?

A-fib is most common in older adults, and other risks include high blood pressure or a family history of arrhythmias.

But routine screening isn’t recommended for people without symptoms. Studies haven’t yet proved that early detection from screening would prevent enough strokes to outweigh risks from unnecessary testing or overtreatment.

HOW DOES THE APPLE WATCH CHECK FOR IT?

A mobile app uses the optical sensor on certain versions of the watch to analyze pulse rate data. If it detects enough variation from beat to beat over a 48-hour period, the user receives a warning of an irregular heart rhythm.

The latest version of the Apple Watch also allows wearers to push a button to take an EKG and share the reading with doctors. Saturday’s study didn’t include watches with that capability. 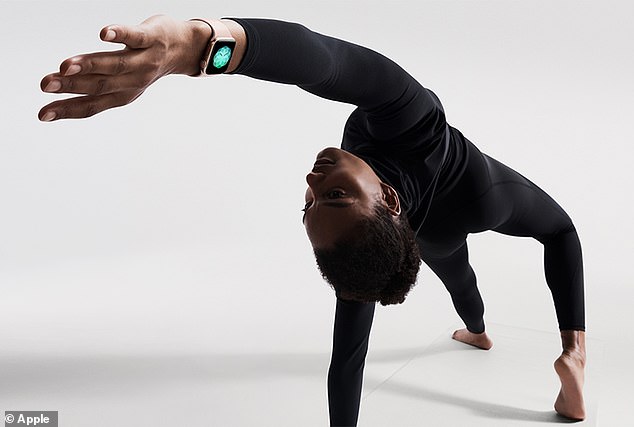 Among those who received a watch alert and additional EKG monitoring during the research, a third of them had atrial fibrillation 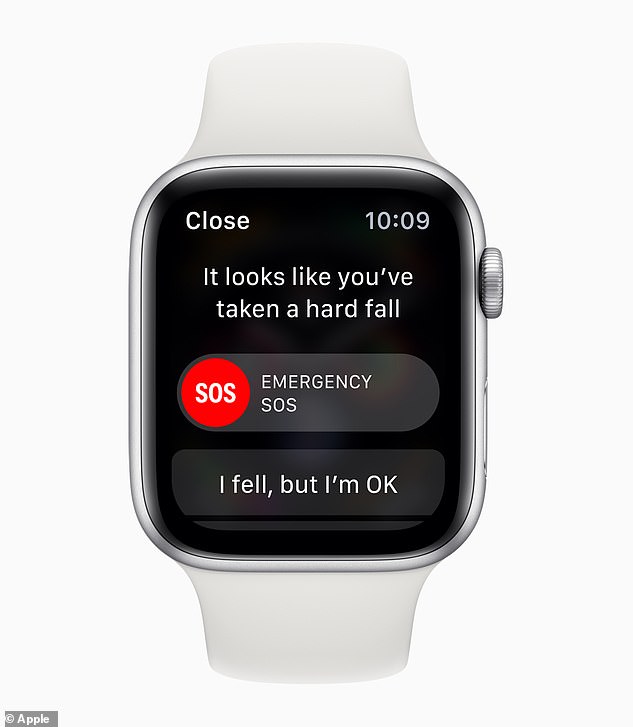 Other cardiac experts said the study, which was funded by Apple, suggests screening with wearable technology might be technically feasible eventually, but needs lots more research

DOES THE NEW STUDY SHOW MASS SCREENING IS A GOOD IDEA?

No. The study was designed to tell how the watch compared to a week of standard EKG monitoring – not if the wearer’s health improved because the screening uncovered the arrhythmia.

To prove if detecting a-fib early lowers risk of stroke would require years of additional research.

And since the program didn’t have a comparison group getting routine EKGs, there’s no way to know if the watch missed heartbeat problems, giving a false sense of security, Kovacs said.

The puzzling low numbers of alarms might be because most participants were young or middle-aged, not the seniors who are most at risk for a-fib, he said.