Businesswoman and reality TV star Michelle Dewberry has clashed with a senior left-wing activist and Jeremy Corbyn supporter, accusing him of ‘bullying, condescending, misogynistic attitude’ after he dismissed her concerns about bullying.

The 2006 Apprentice became embroiled in a row with Paul Mason after she tried to highlight the behaviour of members of the hard-left grassroots group Momentum when she stood at the 2017 election.

She attacked him for being ‘dismissive’ after he talked over her and bluntly demanded evidence as she outlined what she faced when she stood in her hometown of Hull.

She told the BBC‘s Politics Live the election had been a ‘horrible place to be’, saying: ‘I blame it on Momentum and their supporters and their narrative. It was bullying and it was deeply unpleasant Paul.’ 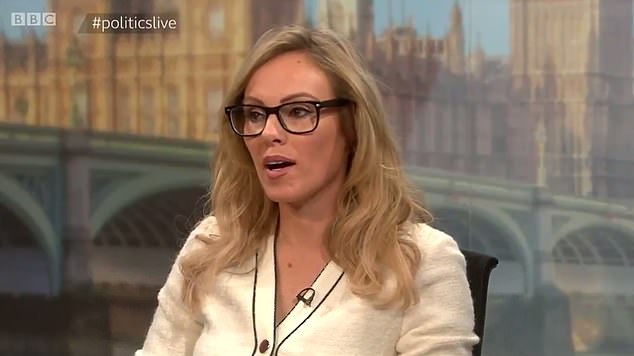 Michelle Dewberry highlighted abuse she faced at the hands of Momentum supports during the 2017 General Election campaign, when she stood as an independent in Hull 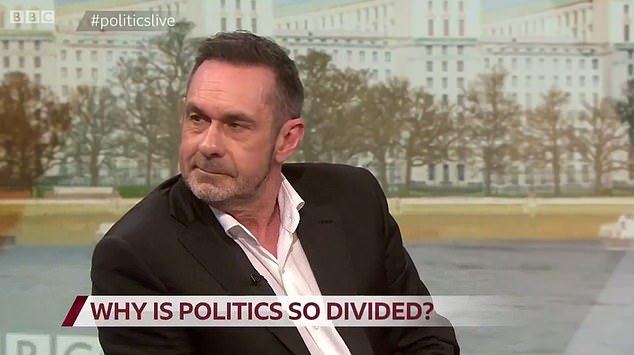 But Mr Mason, a former journalist, said she had supplied no evidence as suggested she write to Momentum’s head office if she had a complaint to make

Mr Mason, a former senior reporter for the BBC’s Newsnight and Channel 4 News who quit to become an activist, replied: ‘You have supplied me with no evidence. You’re asserting it – write to Momentum’s head office.’

He continued to talk over he as she went on to say: ‘I wasn’t a Tory, I was an independent candidate in a Labour seat.

Mr Mason said that his personal experience had been ‘completely different’ and when he was accused of being dismissive, replied: ‘I’m not being dismissive. I’m saying provide evidence and then let’s discuss the evidence.’

Ms Dewbury also called on the BBC to broadcast footage not aired, during which she claims she presented Mr Mason with evidence of bullying and he told her he was ‘not interested’ and ‘did not care’.

He replied that ‘viewers did not see our conversation and I would dispute your account’.