The Archbishop of Canterbury today lay down on the floor before apologising for the ‘terrible atrocity’ of the 1919 massacre of hundreds of people killed by troops under British command 100 years ago.

The Most Rev Justin Welby visited the city of Amritsar in north-west India today, where the massacre happened in the Jallianwala Bagh walled enclosure, near the city’s Golden Temple, sacred to Sikhs.

More than 300 people were killed and 1,200 injured when troops under British command fired into a crowd of protesters in April 1919.

After returning from the visit Mr Welby took to social media to ‘apologise on behalf of the UK’.

In a Facebook post he said: ‘I feel a deep sense of grief having visited the site of the horrific Jallianwala Bagh Massacre today in Amritsar, where a great number of Sikhs, as well as Hindus, Muslims and Christians, were shot dead by British troops in 1919. 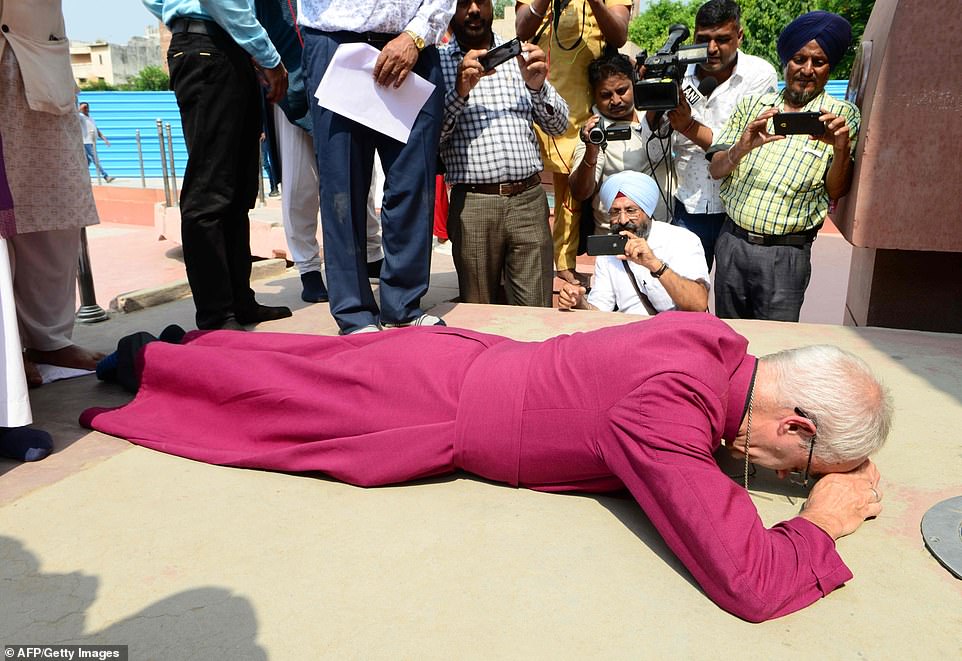 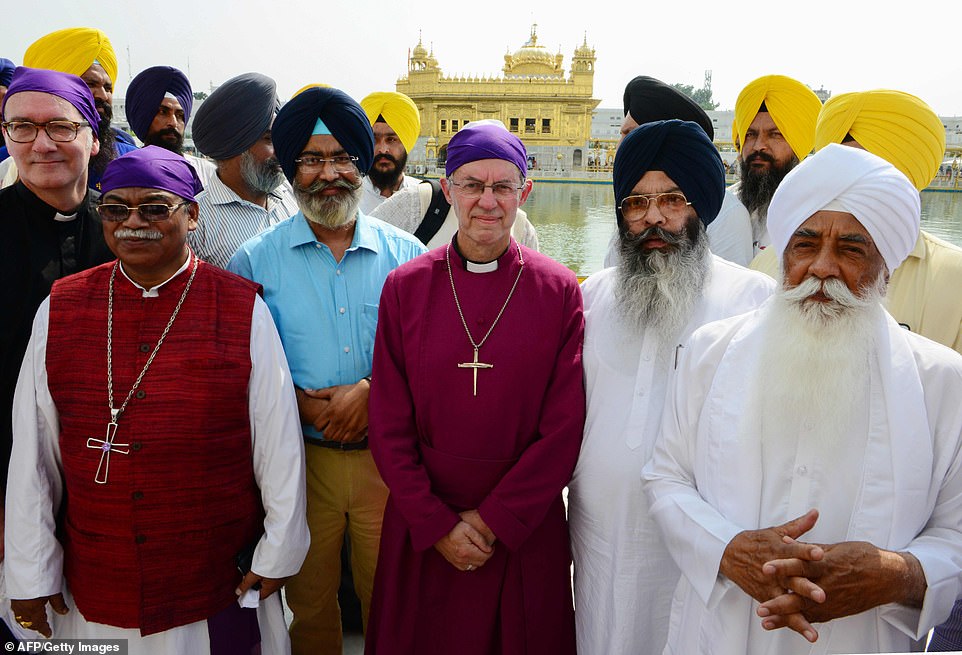 During his visit he took time to take in the Sikh Golden Temple. It was close to here that many lost their lives after protesting 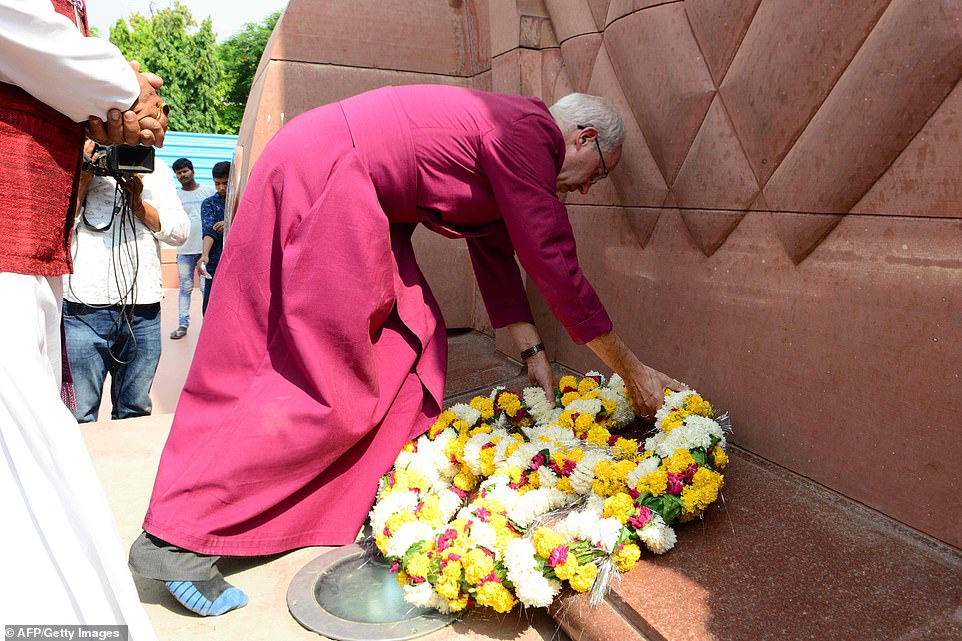 ‘I have no status to apologise on behalf of the UK, its government or its history. But I am personally very sorry for this terrible atrocity.

‘It is one of a number of deep stains on British history. The pain and grief that has transcended the generations since must never be dismissed or denied.’

Back in 2013, David Cameron became the first serving prime minister to visit the site, while in attendance he bowed his head in honour – however did not apologise.

In a book of condolence, he penned that the episode was ‘deeply shameful’ and should never be forgotten. 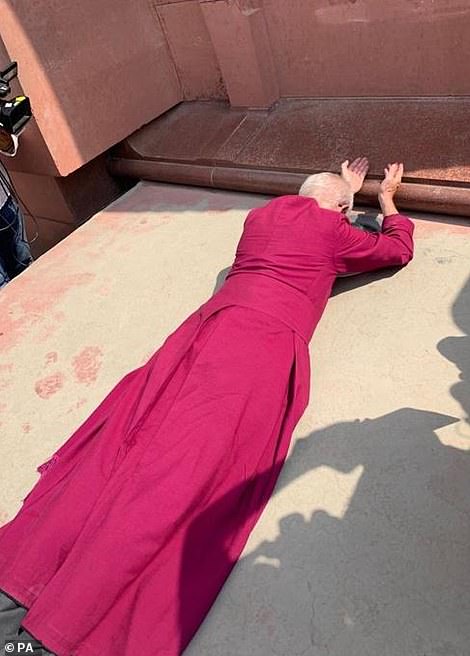 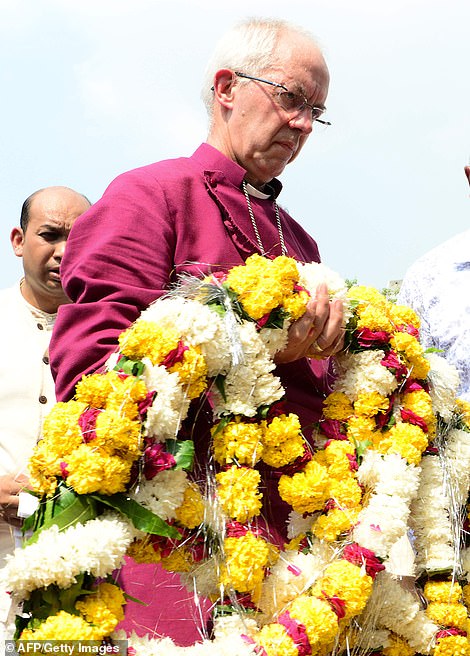 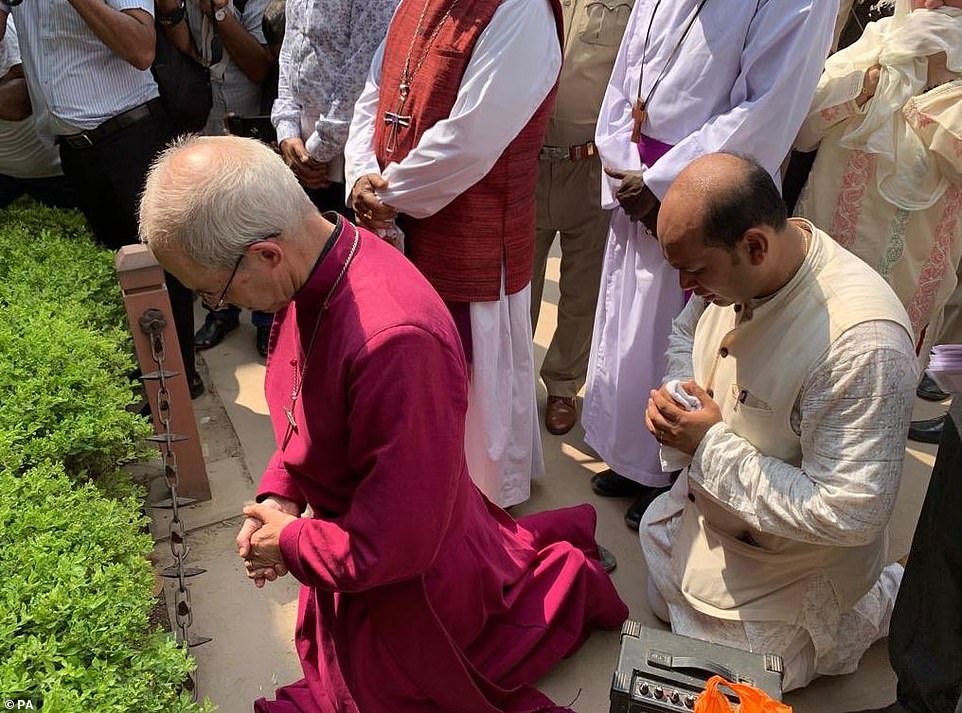 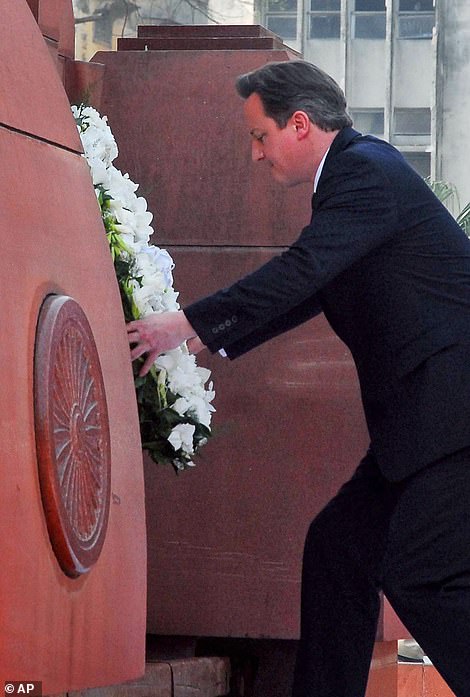 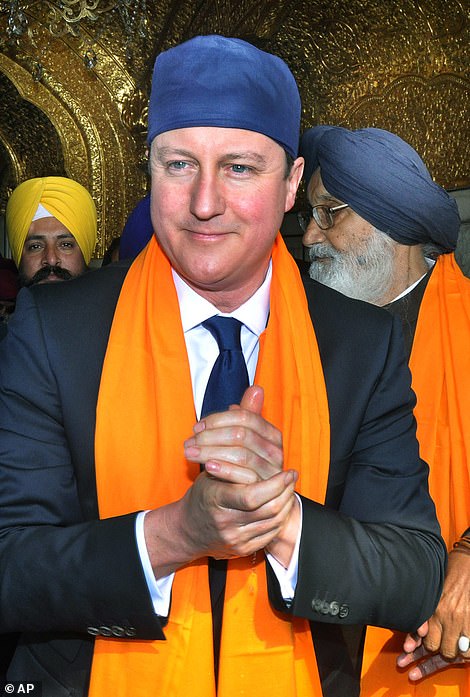 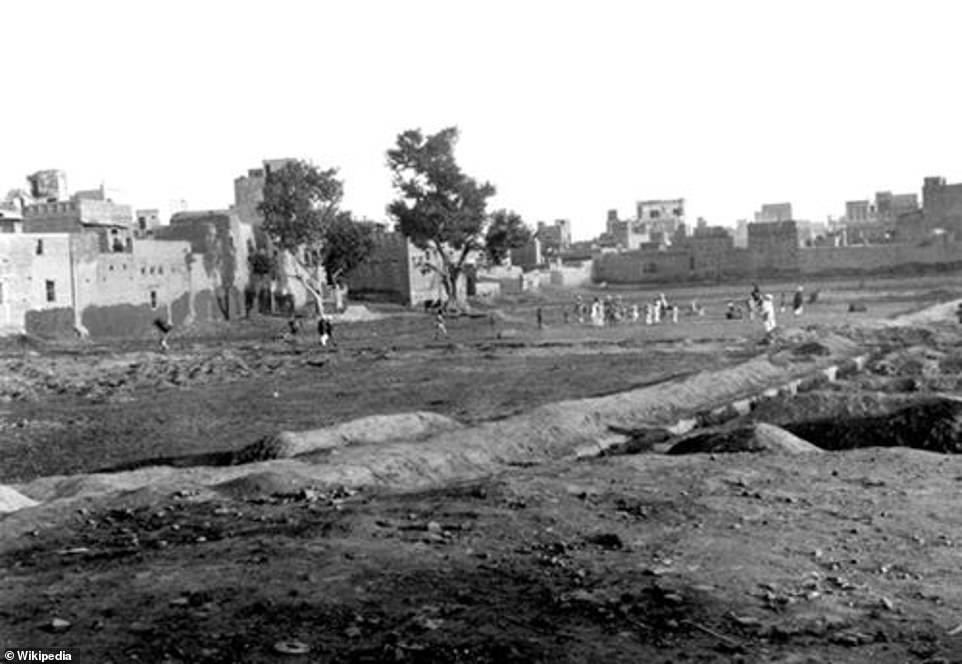 The Amritsar Massacre: Why were so many killed in the 1919 atrocity?

During the First World War many Indians fought for Britain.

After the war pressure soon mounted for India to become independent of Britain.

At the start of April 1919 Indian nationalists sparked riots which ended in a mob killing several Europeans – it also left a female missionary for dead.

In retaliation, British and Indian troops under the command of Brigadier-General Reginald Dyer banned public meetings.

Despite the order, protesters filled a walled enclosure called the Jallianwala Bagh.

On learning of this Dyer marched  a force of 90 Gurkha and Indian soldiers into the enclosure and opened fire on the crowd for around 15 minutes.

After this he withdrew his men and ordered that all Indians traversing the street where the woman missionary was attacked were to crawl along  on their hands and knees.

But he stopped short of apologising, saying that this would not be appropriate as the killings were condemned at the time by the UK authorities.

This year former prime minister Theresa May called the killings a ‘shameful scar’ in British-Indian history.

However, Mrs May did also not apologise.

After the First World War pressure mounted for India to become independent. In April 2019 Indian nationalist leaders were arrested – this spared riots in which a mob went on a rampage.

British and Indian troops under the command of Brigadier-General Reginald Dyer were sent to the area to restore order, Dyer then banned public meetings.

However, despite the ban, many decided to gather at the walled enclosure.

Having gone against his orders, Dyer decided to march a force of around 90 Gurkha and Indian soldiers into the enclosure.

Without warning they opened fire for 10-15 minutes on the crowd trapped in the enclosure.

Official figures state that 379 people were killed and 1,200 were wounded.

News of the massacre soon reached Westminster and Sir Winston Churchill was said to have condemned ‘an extraordinary event, a monstrous event, an event which stands in singular and sinister isolation’.

Scottish Judge Lord Hunter then ordered a committee into the massacre and Dyer was soon forced to resign from the Indian army.

After his visit Mr Welby said that the past must be learned from so that nothing like the Jallianwala Bagh Massacre ever happens again.

He added: ‘When there is something on the scale and horror of this massacre, and done so many years ago, words can be cheaply banded around, as if a simple apology would ever be enough.

‘Learning of what happened, I recognise the sins of my British colonial history, the ideology that too often subjugated and dehumanised other races and cultures.

‘Therefore, we have a great responsibility to not just lament this horrific massacre, but most importantly to learn from it in a way that changes our actions.’

ANDREW PIERCE on how Rebecca Long Bailey rose up the ranks of Jeremy Corbyn's Labour
Sir Kim Darroch has QUIT as the UK's ambassador to the US
Britons are heavier drinkers than most of world, says report
Pippa Middleton and husband James go for stroll with baby Arthur
Risk of cancer from drinking one bottle of wine is the equivalent of smoking 10 CIGARETTES
Health minister has ordered stockpiling of BABY MILK if Britain crashes out of the EU
Elderly woman’s body pulled from a lake underneath a bridge after a walker spotted her
Russia reports computer bug on International Space Station