An armed siege ended in a murder investigation after a woman died and two people were seriously injured inside a house, including a boy who was reportedly stabbed in the arm.

Police swooped on the property in Peterborough, Cambridgeshire, at around 6.42am this morning following reports of ‘violence’.

Cambridgeshire Police have confirmed a murder investigation is now underway after a woman in her 40s died at the house.

Another woman, in her 30s, and a nine-year-old boy have been taken to hospital for treatment, but their injuries are not thought to be life-threatening.

A man in his 40s from Peterborough has been arrested on suspicion of murder and taken to hospital for treatment for minor injuries. 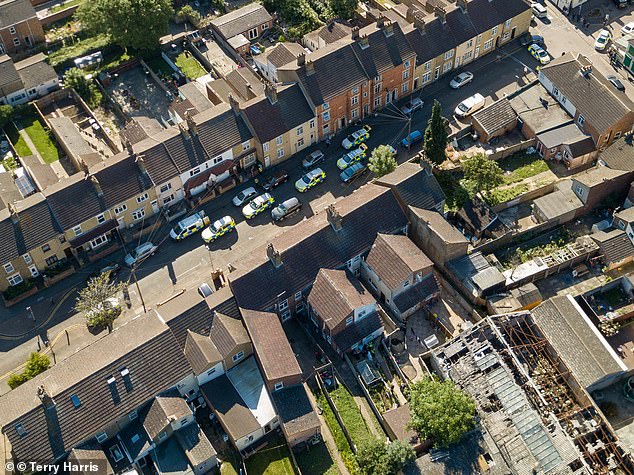 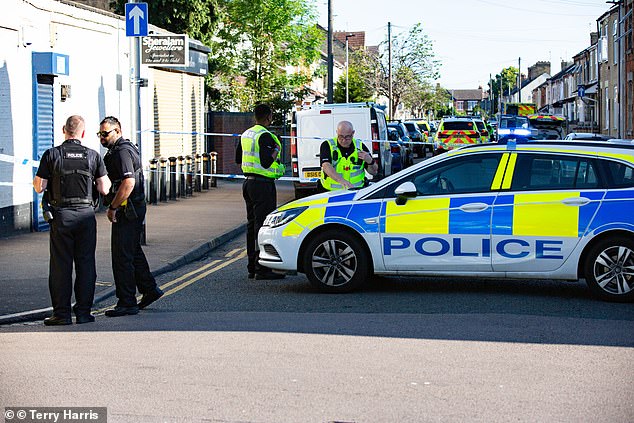 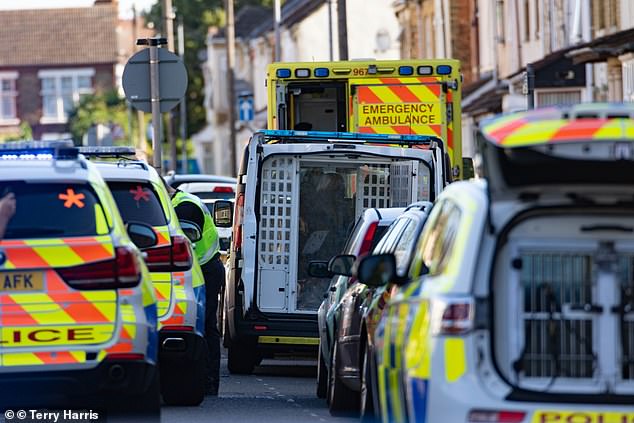 Neighbours reportedly saw a boy running from the property with stab wounds to his arm shortly before police arrived.

Driving instructor and eyewitness Shujah Saklain, 46, said: ‘I was on my way to work about 7.05am and armed police were belting it down the lane. 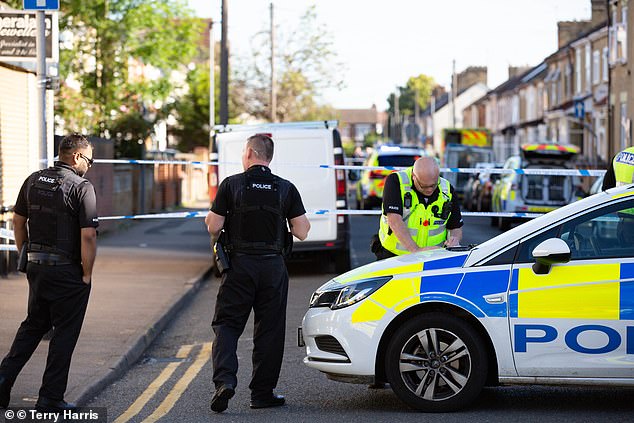 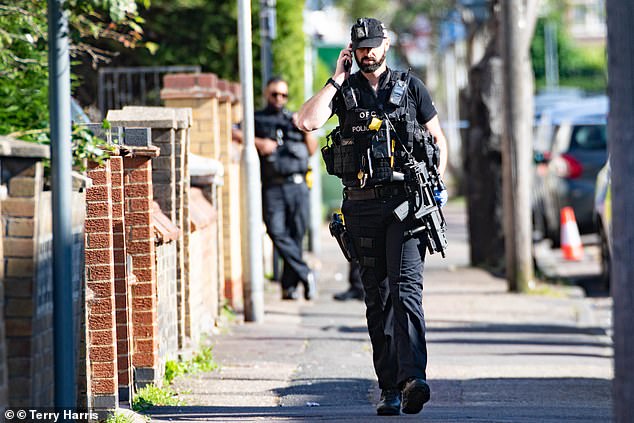 Pictured: Armed officers at the scene this morning after reports of ‘violence’ reached police

‘As far as I know they still there. It looked like a drug raid. I live nearby and was being nosy so I had a look and that was all kicking off. ‘

He added: ‘It’s just like any other inner city street. It has its problems, it’s an older part of Peterborough and one of the more deprived areas.’

Sniffer dogs have been brought to the scene, which has been cordoned off to the public.

A spokesman for Cambridgeshire Constabulary said: ‘Officers and paramedics attended, where they discovered three people with serious injuries.

‘Officers, including those from the armed policing unit, remain at the scene along with a man inside the property.’

The coin that could tear up Australian history
Wheelchair bound man and his wife hit back at trolls who attacked their 'interabled' relationship
Harry and Meghan named their son Archie 'after commanding officer who saved prince's army career'
Transcript of Donald Trump's call to Ukraine's president is published
Fresh evidence including suspects' names that could nail the IRA honeytrap gang
Waleed Aly explains why he believes Mark Knight's cartoon was branded racist
Boris Johnson under mounting pressure to recall Parliament amid rising fear of a No Deal Brexit
Conservationists row with Rochelle and Marvin Humes over building plans at £1.7m Essex mansion