The millions of voters praying that we will finally leave the European Union can be forgiven if they feel concerned. They have every right to be.

Brexit Party supporters distrust Boris Johnson’s deal and worry that it will betray any hope of a clean departure from Brussels.

Conservative voters, meanwhile, fear that Nigel Farage’s decision to contest every seat at the General Election will split the vote so badly it could open the door of No 10 Downing Street to Jeremy Corbyn.

If Conservative fears come true and they fail to form a Government on December 12, Labour has enough friends among the Scottish National Party and the Liberal Democrats to form a pro-Remain administration instead.

And if that disaster should take place, we can say goodbye to Brexit altogether. 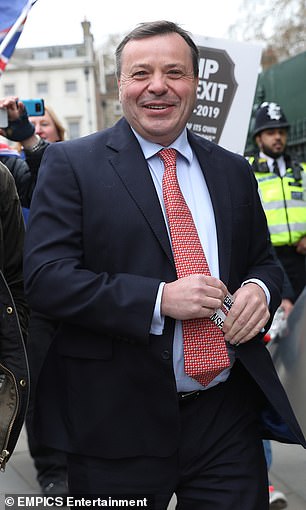 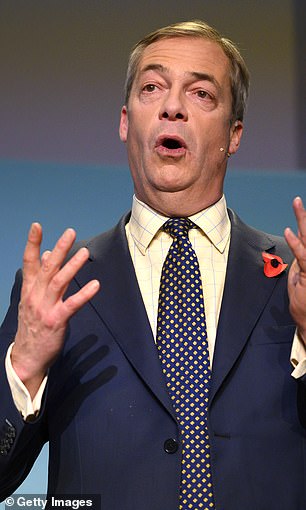 The stakes could not be higher, and while the Conservatives refuse to consider any sort of compromise with the Brexit Party, the outlook is bleak.

However, behind the scenes a compromise has been proposed which would see Nigel ordering those of his candidates who cannot win to stand aside – but only on condition that changes are made to the deal that Boris negotiated with Brussels to stop us being shackled to EU rules.

It is a proposal which I urge our Prime Minister to accept. As a lifelong Brexiteer and co-founder of the Leave.EU campaign, I believe there is no alternative. 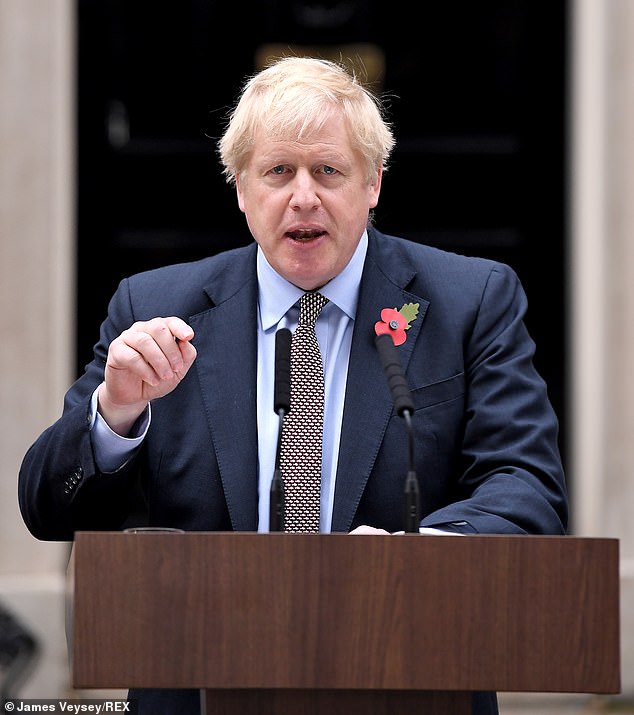 I sympathise with how Brexiteers are feeling – an Election strategy that splits the vote in such an egregious way is codswallop. The time for splitting hairs is over. It is now or never.

If we refuse to get out while we can, then Remainers will hijack our exit. They will delay us still further and, ultimately, they will prevent us from leaving at all.

It is time for Nigel and his supporters to be realistic.

If he ploughs ahead and refuses to stand down his party’s candidates – the ones who stand no chance of winning – then he will help Corbyn form the next Government.

A Remain-alliance Government is an all-too-realistic prospect, and if Brexit is lost because the vote is split, Nigel will have destroyed what he has spent years working to achieve.

Does he want to be remembered as the tireless campaigner who finally allowed us to leave the EU? Or the man who brought us to the brink of Brexit and no further? This is why the current talks are so important.

Senior figures in the Conservative Party, including a Cabinet Minister, have been meeting high-flying city-lawyer Andrew Reid, who has strong connections to both the Brexit Party and the Tories.

Reid is widely respected. Nigel sees him as an honest broker as he was the intermediary between former MPs Douglas Carswell and Mark Reckless when they defected to Ukip from the Conservative Party in September 2014. The suggestion is that, in return for standing down a number of his candidates, Nigel will demand changes to the political declaration (a part of Boris’s deal) to ensure Britain could trade freely in the future.

I understand that Nigel is minded to agree to these terms – but only if the political declaration really does push us towards a free trade deal, unshackling us from Brussels’ restrictive, anti-trade measures.

Last night Andrew told me that the talks had been robust.

But they were also frustrating, he added, because the Tories don’t seem to grasp that if they don’t form a non-aggression pact, their seats in the South of England and the West Country will be taken by the Liberal Democrats.

And that would make a Tory majority impossible.

We must also face the truth that many of Nigel’s 600 candidates do not stand a hope in Hell of winning – only of stealing precious Tory votes.

Both sides are boxed in. To Nigel, Boris’s treaty is not a real Brexit and that is why he has remained steadfast. I have seen the toll it has taken on him over the past few weeks as he has battled on. The Tories, meanwhile, feel stuck because they cannot bear to capitulate to Nigel, the one person Boris’s advisers hate more than Corbyn himself.

These new talks are encouraging but there is still much work to be done to ensure the two sides join forces.

We must all remember this: it is better to continue fighting for the right type of Brexit from the Government benches than to open the door of No 10 to a Marxist rabble hellbent on staying in the EU.

That is a prospect that should clear minds and cool egos. For the sake of Brexit and for the sake of our great country, we must unite.