IMF DOWNGRADE: The International Monetary Fund revised its outlook for the world economy, citing rising interest rates and growing tensions over trade. It said the global economy will grow 3.7 percent this year, the same as in 2017 but down from the 3.9 percent it was forecasting for 2018 in July. The report comes on the eve of the Oct. 12-14 meetings in Bali, Indonesia, of the IMF and its sister lending organization, the World Bank.

U.S.-CHINA TALKS: U.S. Secretary of State Mike Pompeo said that Washington had a “fundamental disagreement” and “great concerns” about Chinese actions, before a meeting with Chinese Foreign Minister Wang Yi and another senior official in Beijing on Monday. Pompeo said that he was looking forward to discussions, but his polite, edgy tone shone a spotlight on deteriorating U.S.-China relations. The Trump administration has confronted China on its technology policies and territorial claims in the South China Sea, and the countries have raised tariffs on tens of billions of dollars of each other’s goods.

ANALYST’S TAKE: “Renewed tension between the U.S. and China has capped risk sentiment as a range of issues from trade to diplomacy are likely to challenge China-U.S. relationship,” Zhu Huani of Mizuho Bank said in a commentary. 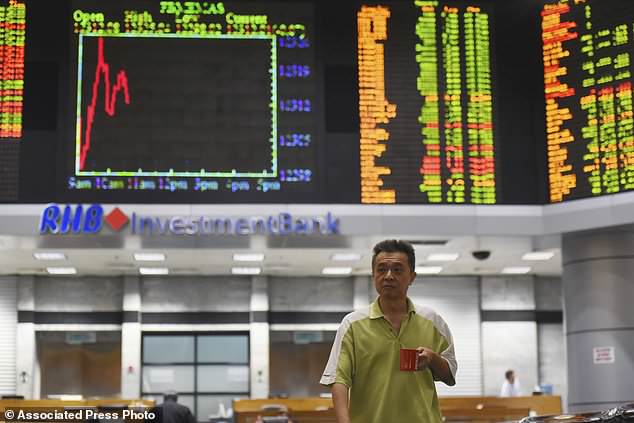 GOOGLE SLIPS: On Monday, Google said it will shut its Plus social network because a flaw may have caused the leak of personal information belonging to as many as 500,000 people. Google found the problem in March. The winding down of operations will end next August, to give customers time to download and migrate their data. Alphabet, Google’s parent company, fell 1 percent to $1,155.92. 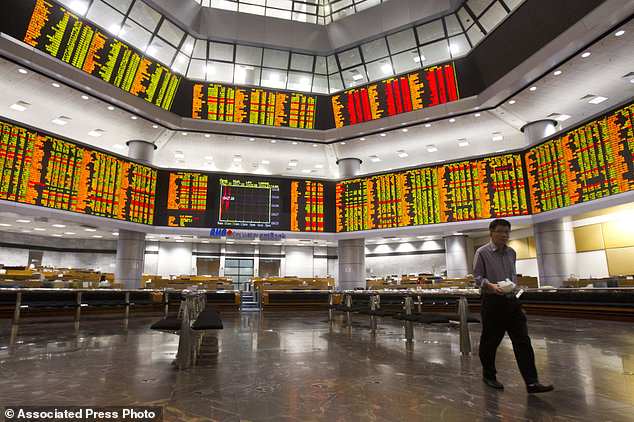 World’s largest aircraft that can carry almost 500 people lands in Glasgow
Jenny Morrison gushes about French sangria while PM husband Scott clashes with Trump at G7 Summit
Heartbroken mother relives devastating moment husband and 7-year-old son were killed
Minke whale washed up underneath London's Battersea Bridge is third to die in Thames in two months
Theresa May leaves No10 Downing Street before handing over to Boris Johnson
Series of hospital blunders and missed 'red flags' led to death of 15-month-old girl who had sepsis
New cars that are susceptible to keyless theft named by security experts
So can you REALLY massage the pain away? It all depends if the gadget's any good