One person has died and six others have been injured after a truck plowed into pedestrians in Sydney on Wednesday morning.

The B-double truck veered onto the wrong side of the road in Alexandria, in the city’s inner south, about 7.45am.

‘Police have been told a B-double travelling south on Botany Road veered into northbound lanes, before hitting pedestrians, a power pole, a bus stop and a building,’ a New South Wales Police statement said. 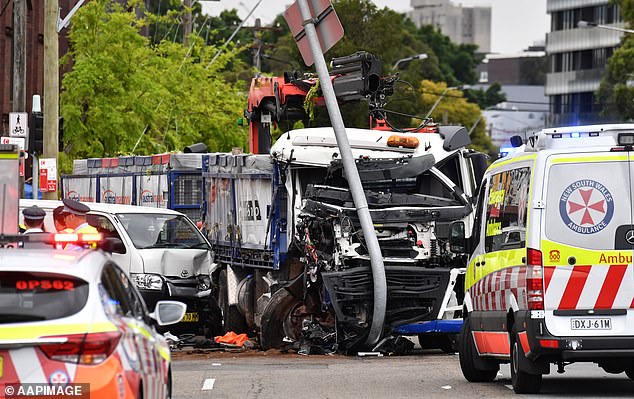 One person has died and six others have been injured after a truck plowed into pedestrians in Sydney’s Alexandria on Wednesday morning, before hitting a power pole 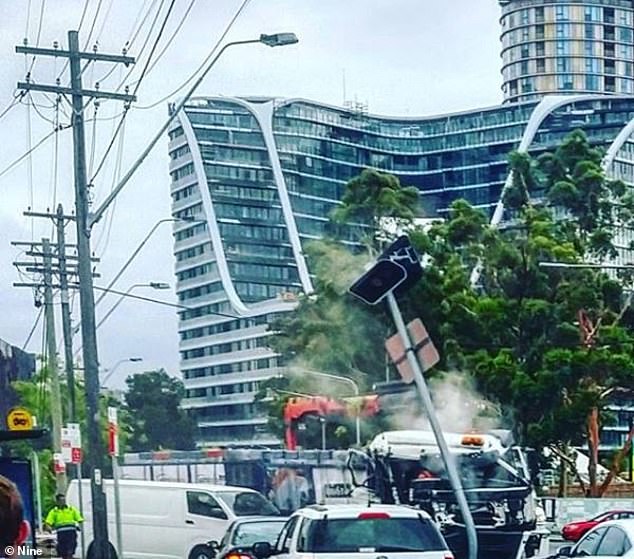 The horrific scene unfolded about 7.45am on Wednesday on Botany Road in Alexandria 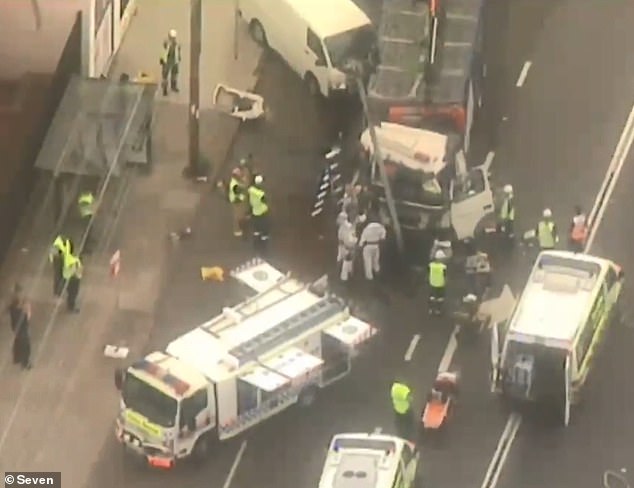 The truck hit pedestrians, a power pole, a bus stop and a building after veering onto the wrong side of the road, New South Wales Police said in a statement 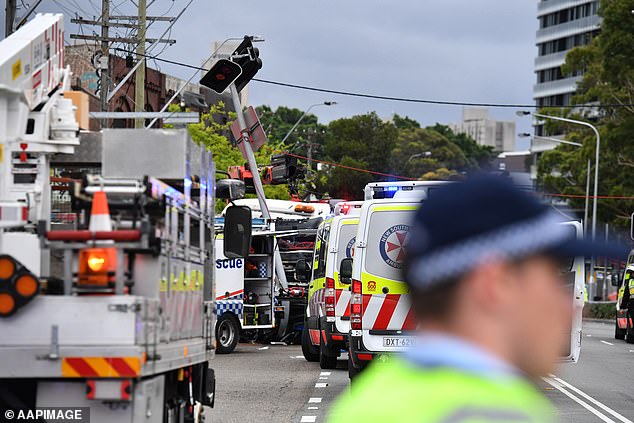 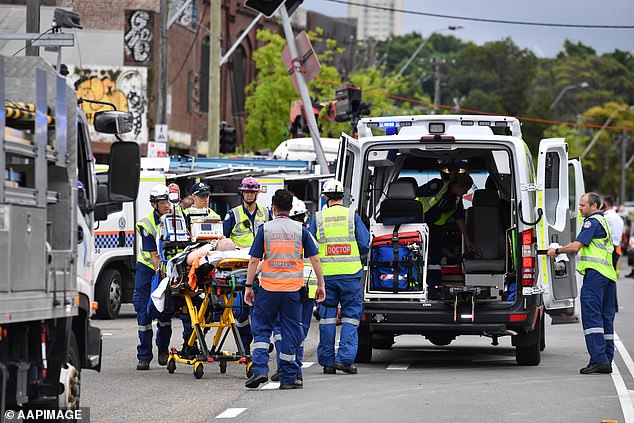 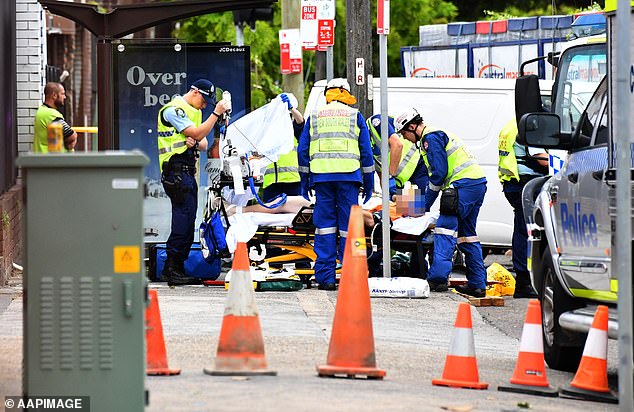 Five pedestrians were injured after being hit by the truck, with three of them in a serious condition

Emergency services, including 12 ambulance crews, an ambulance helicopter and three Fire and Rescue New South Wales crews were called to the scene, where they were faced with difficult conditions surrounded by fallen power lines.

The truck driver, who was trapped in his vehicle for almost one hour after the crash, is in a serious condition.

Three pedestrians have serious injuries and a further two have minor injuries.

‘I walked past a couple of people that were lying on the ground and they had medics around them attending to them,’ Natalie told Radio 2GB.

Police Superintendent Andrew Holland said the driver, who was taken to hospital with chest pains, may have suffered a medical episode.

‘He believes he may have undertaken a medical episode but that is yet to be confirmed,’ Supt. Holland said.

The crash has shut down Botany Road in both directions between Bourke Street and Epsom Road, causing chaos for drivers heading into the city on the morning commute. 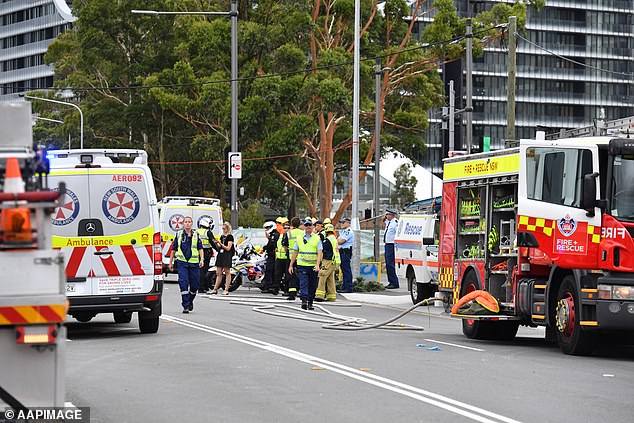 Multiple crews of police, paramedics and firefighters were called to the horrific scene 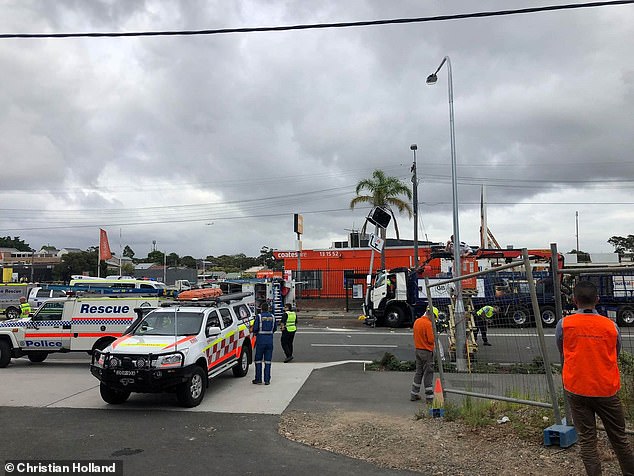 Emergency services rushed to the scene in Sydney’s inner south about 7.45am on Wednesday 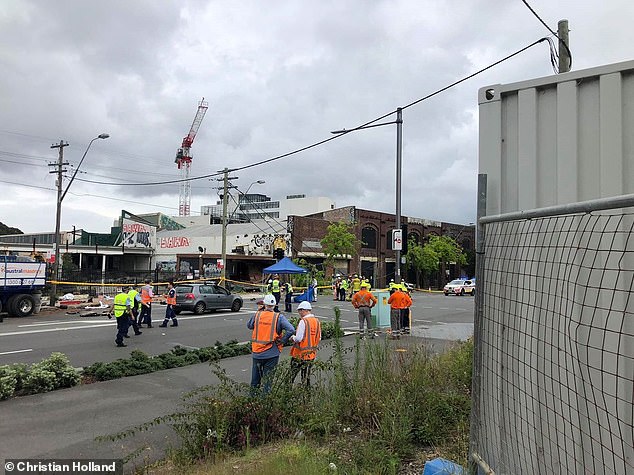 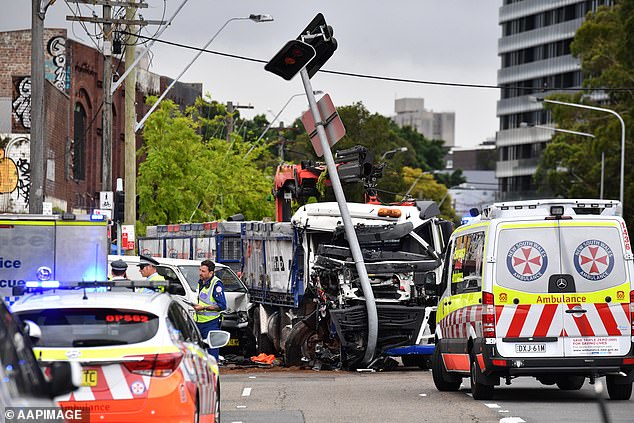 Drivers are being told to avoid the area, with the road expected to be closed for several hours.

Buses which normally travel through the area are experiencing delays of more than one hour, with the 370 route skipping 11 stops and other services being diverted. 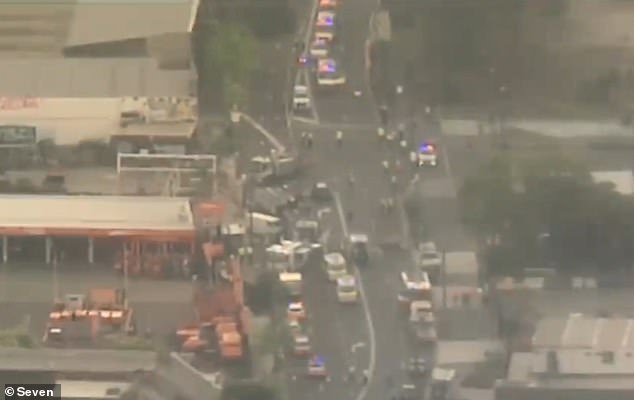 Teenage boy is stabbed to death on a bus, bringing this year's murder tally in the capital to 20
Mythbusters stars lead the tributes to 'bad ass' and 'fastest woman on four wheels' Jessi Combs
West End theatre slammed for gender neutral toilets
Mike Thalassitis' ex Megan McKenna broke down in tears over their split on Celebs Go Dating
Mother, 47, choked to death at a Brewers Fayre restaurant
Violent attacker on the loose in grounds of hospital after woman stabbed
Princess Anne dons a tartan coat and feathered hat as she observes a 41 gun salute in Hyde Park
British backpacker claims she was paid $3 per hour to pick strawberries in Australia for her visa