A former strawberry farm supervisor retaliated over a workplace grievance by putting needles into the fruit, sparking recalls that devastated the industry in Australia, a court has heard.

Magistrate Christine Roney said that while prosecutors were alleging My Ut Trinh was “motivated by spite or revenge” she would not consider granting bail for the woman until the reasons for her actions became clearer.

While no injuries were reported from the needles, the crisis escalated to six states and neighbouring New Zealand.

Detective Superintendent Jon Wacker, Drug and Serious Crime Group, is speaking to media this morning following the arrest of a 50-year-old woman in relation to the contamination of strawberries in September of this year – https://t.co/cx1ftWV5tS 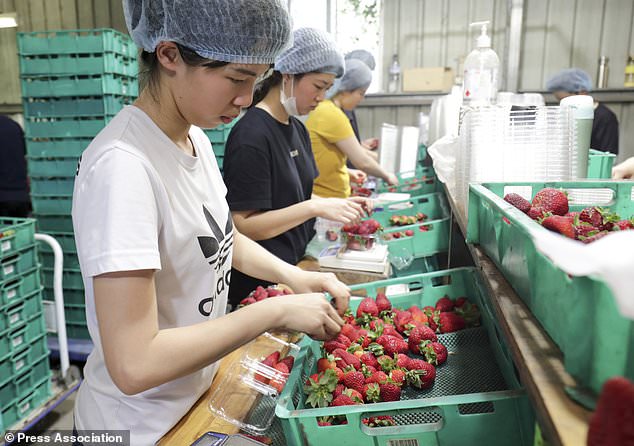 The scare was concentrated in Queensland state, where 77 incidents were reported, with 15 of them believed to be hoaxes or false complaints.

Trinh, 50, was the first person arrested and has been charged with seven counts of contamination of goods with intent to cause economic loss, and would face up to 10 years in jail if convicted.

A Vietnamese refugee who arrived by boat two decades ago and became an Australian citizen, Trinh was working as a supervisor of fruit pickers at the Berrylicious strawberry farm near Caboolture, north of Brisbane, when she allegedly inserted needles into the fruit between September 2 and 5, the court was told.

Prosecutor Cheryl Tesch said it would be alleged in court that DNA matching Trinh’s was found on one of the needles discovered in a strawberry.

Trinh’s lawyer Michael Cridland withdrew a bail application, but said his client was not an unacceptable flight risk. She was remanded in custody until November 22.

A police investigation into the broader crisis is continuing.