Some global airlines, including British Airways, Qantas, Air France and KLM, are re-routing flights to avoid Iran-controlled airspace over the Strait of Hormuz and Gulf of Oman.

The move comes after Iran took down a high-altitude U.S. drone with a surface-to-air missile, sparking concerns about the safety threat to commercial airlines.

Opsgroup, which provides guidance to operators, said: ‘The threat of a civil aircraft shootdown in southern Iran is real.’ 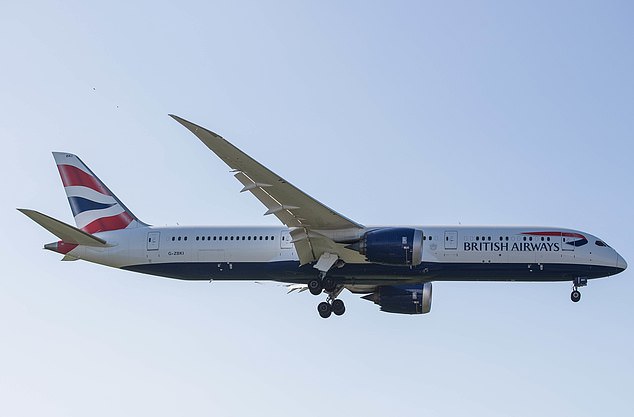 Some global airlines, including British Airways, Qantas, Air France and KLM, are re-routing flights to avoid Iran-controlled airspace over the Strait of Hormuz and Gulf of Oman

The U.S. Federal Aviation Administration (FAA) has barred its carriers from the area until further notice.

It was the latest in a series of incidents in the Gulf region, a critical artery for global oil supplies, that included explosive strikes on six oil tankers.

According to flight tracking applications, the FAA said, the nearest civil aircraft was operating within around 45 nautical miles of the unmanned aircraft when it was shot down. 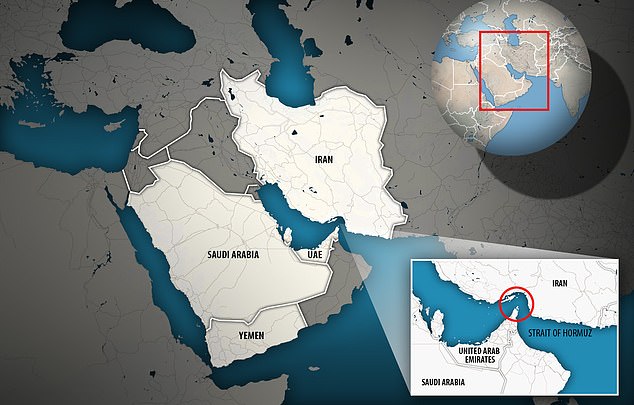 The FAA is barring American operators from flying over parts of Iranian-controlled air space over the Strait of Hormuz and Gulf of Oman. Tensions in the region are high after a U.S. drone was claimed to have been shot down in the area by Iran’s Revolutionary Guards

‘There were numerous civil aviation aircraft operating in the area at the time of the intercept,’ it said, adding that its prohibition would stay in place until further notice.

The FAA said it remained concerned about the escalation of tension and military activity in close proximity to high-volume civil aircraft routes as well as Iran’s willingness to use long-range missiles in international airspace with little or no warning.

In July 2014, Malaysia Airlines Flight MH17 was shot down by a missile over Ukraine, killing all 298 on board, prompting carriers to take more steps to uncover threats to their planes. 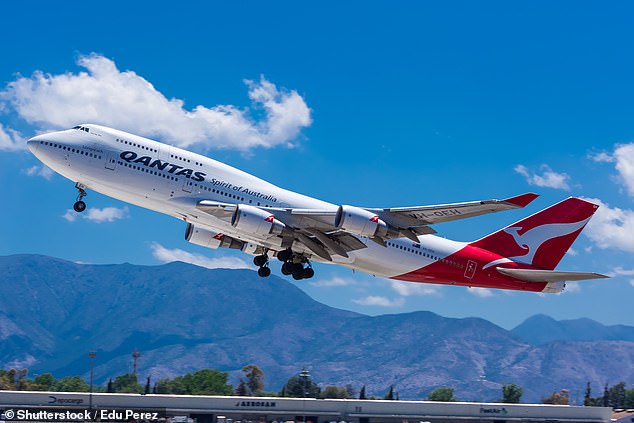 The FAA said it remained concerned about Iran’s willingness to use long-range missiles in international airspace with little or no warning. Qantas said it was adjusting flight paths to avoid the Strait of Hormuz and Gulf of Oman until further notice

Opsgroup added: ‘A large US military drone was shot down by Iran over the Strait of Hormuz. The US say it was over international waters, Iran say it was within their FIR. Either way, it means that Sam missiles are now being fired in the area, and that represents an escalation in risk. It appears a 787 was very close to the missile site this morning. Avoiding the Strait of Hormuz area is recommended – misidentification of aircraft is possible.

‘We should not be flying passenger aircraft anywhere near war zones. That’s the lesson from MH17, and that’s the lesson we need to keep applying when risks like this appear on our horizon.’

At 0640 GMT on Friday, flight tracking website Flightradar24 showed flights of Qatar Airways and Emirates in the area barred to U.S. carriers. The two airlines did not immediately respond to a request for comment outside business hours.

BA said: ‘Our safety and security team are constantly liaising with authorities around the world as part of their comprehensive risk assessment into every route we operate.’

Etihad Airways, which was flying over the area earlier, according to FlightRadar24, said it was monitoring the situation and had adopted contingency plans.

‘We will decide what further action is required after carefully evaluating the FAA directive,’ the Abu Dhabi-based airline said. ‘We are working closely with the United Arab Emirates General Civil Aviation Authority.’

United said it had suspended its flights to India through Iran airspace after a ‘thorough safety and security review,’ but did not say how long the suspension would last.

A United spokesman said customers flying from Mumbai to Newark would be booked on alternative flights back to the United States.

‘We continue to explore all our options and remain in close contact with relevant government authorities,’ he added.

Netherlands flag carrier KLM was no longer flying over the Strait of Hormuz, a spokesman said on Friday.

Malaysia Airlines said it was avoiding the airspace, which it had previously used on flights between Kuala Lumpur and London, Jeddah and Medina.

‘The airline is closely monitoring the situation and is guided by various assessments, including security reports and notices to airmen,’ it added.

Qantas said it was adjusting flight paths to avoid the Strait of Hormuz and Gulf of Oman until further notice. Singapore Airlines said some flights might require longer routings to avoid the area.

Prince Andrew resigns from his flagship Pitch@Palace project
Up to a foot of snow will dump down on northern Britain this weekend
Chaos on tube as people choke on smoke during rush hour evacuation after fire alert at Manor House
Gary Sweet shows off ripped body at 61 as he poses in his underwear
Nebraska woman with coronavirus, 36, transported to a biocontainment in critical condition
New Zealanders queue to hand in their guns in buyback scheme to rid nation of semi-automatic weapons
Pictured: Mother killed in Iceland tragedy and her husband who was injured in the 4x4 crash
Children born through IVF are more likely to suffer from asthma