A 4.8 magnitude earthquake has struck Indonesia‘s resort island of Bali on Saturday – killing at least three people and destroying dozens of homes.

The quake hit just before dawn local time – causing locals to run outdoors in a panic. It struck as the island begins to reopen to tourism as the Covid pandemic subsides.

The US Geological Survey said the quake was centered 62 kilometers northeast of Singaraja, a Bali port town. 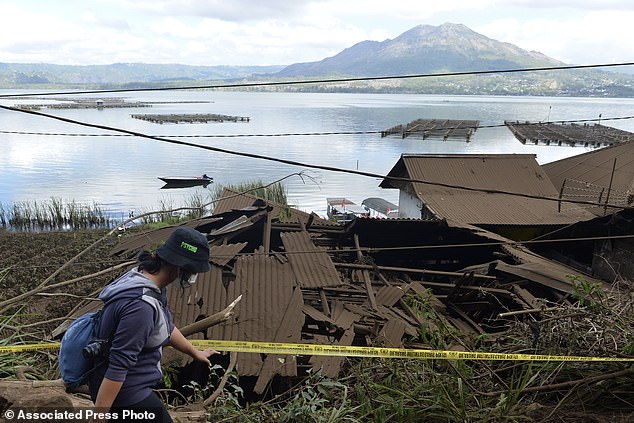 A woman walks past houses by Lake Batur which were damaged by an earthquake-triggered landslide in Bangli, on the island of Bali, Indonesia on Saturday

Its shallow depth of 10 kilometers may have amplified the amount of damage.

A magnitude 4.3 aftershock followed. That quake was relatively deep, at 282 kilometers (174 miles).

Photos from the island showed homes buried in rocks and mud and buildings collapsed, walls splintered on the ground.

Gede Darmada, head of the island´s Search and Rescue Agency, said the agency was still collecting updates on damage and casualties.

Apart from the three confirmed dead, at least seven people were reported hurt, with head injuries or broken bones.

The earthquake triggered landslides in a hilly district, killing at least two people and cutting off access to at least three villages, Darmada said. 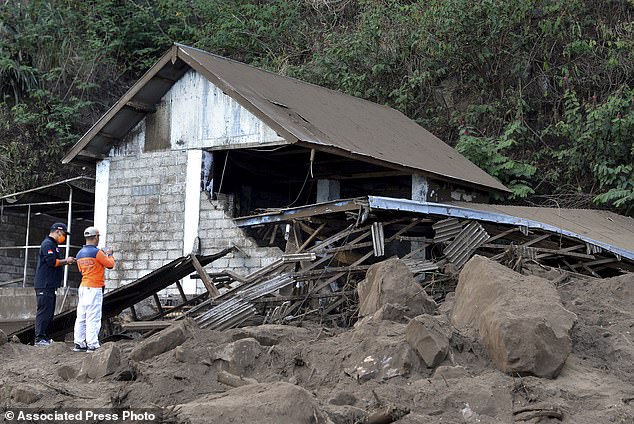 It toppled homes and temples in Karangasem, the area closest to the epicenter, killing a 3-year-old girl who was hit by falling debris, he said.

“Nearly 60% of the houses in our village were damaged and can no longer be lived in,” said I Nengah Kertawa, head of Bunga village in Karangasem, one of the worst-hit communities.

Houses and government facilities also were damaged in Trunyan and in Kintamani, a popular sightseeing destination with a stunning lake.

Known as the “island of the gods,” Bali is home to more than 4 million mostly Hindu people in the mainly Muslim nation. It is famed for its temples, scenic volcanos and beautiful white-sand beaches. 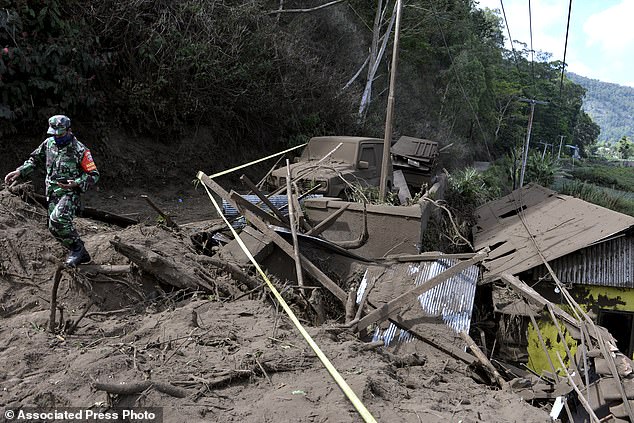 An Indonesian soldier walks past houses damaged by an earthquake-triggered landslide in Bangli, on the island of Bali, Indonesia on Saturday 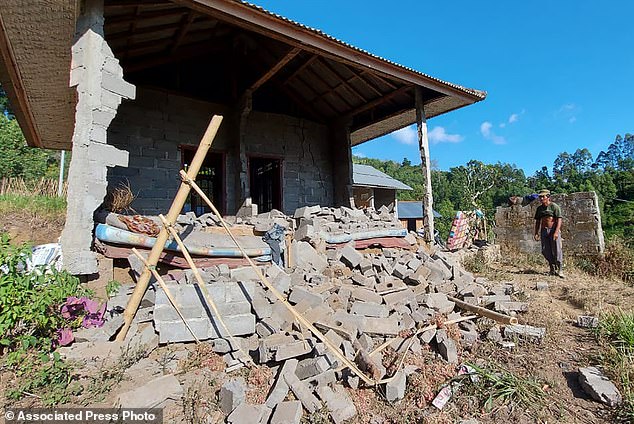 On Thursday the island reopened to international travelers for the first time in more than a year after Indonesia´s COVID-19 caseload declined considerably.

The country has had around 1,000 cases a day in the past week after peaking at around 56,000 daily new cases in July.

Indonesia, a vast archipelago of 270 million people, is frequently struck by earthquakes, volcanic eruptions and tsunamis because of its location on the “Ring of Fire,” an arc of volcanoes and fault lines that arcs the Pacific.

The last major earthquake was in January when a magnitude 6.2 earthquake killed at least 105 people and injured nearly 6,500. More than 92,000 people were displaced after it struck Mamuju and Majene districts in West Sulawesi province. 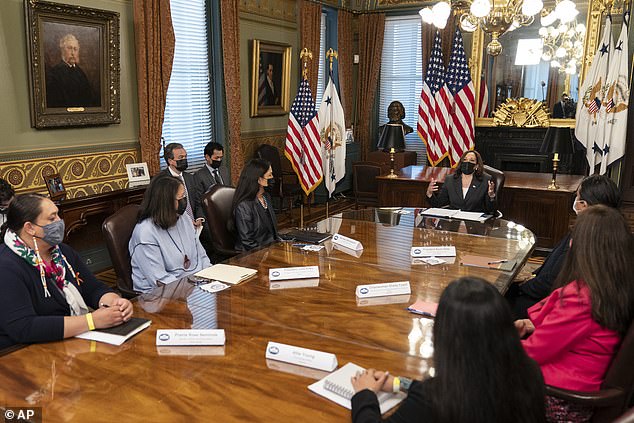 Masks are BACK at the White House: Kamala tells guests to wear face coverings as CDC issues guidance 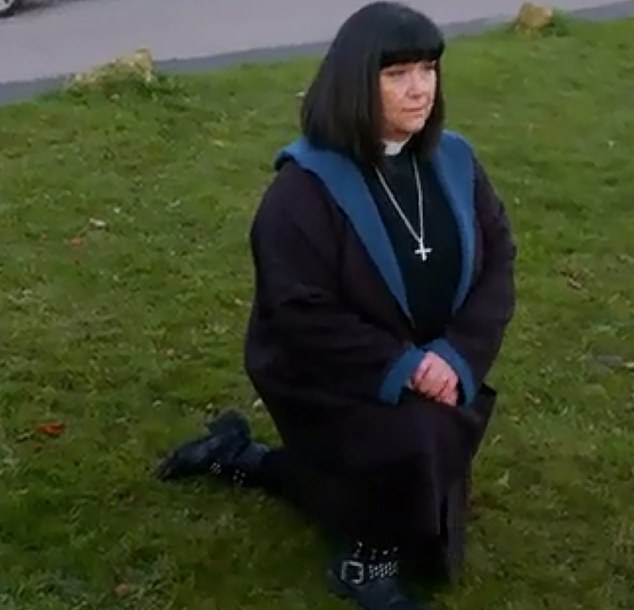 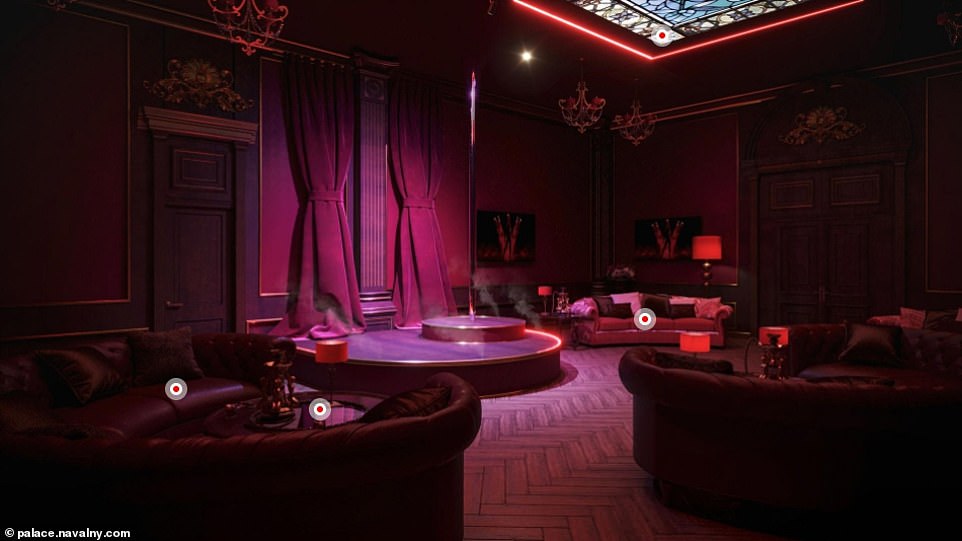 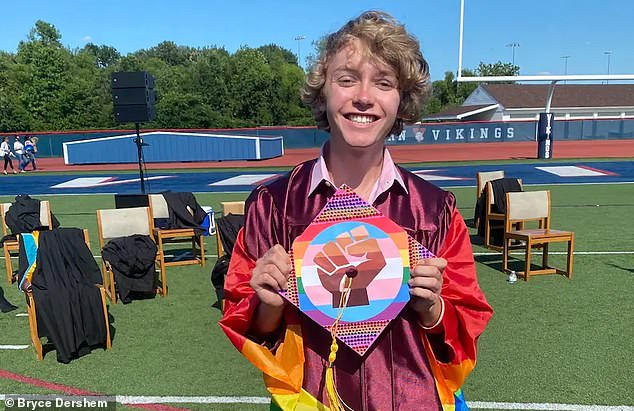 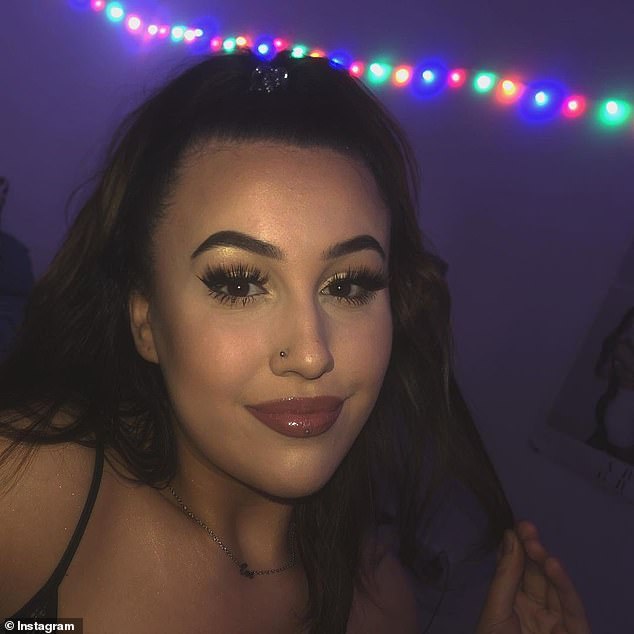 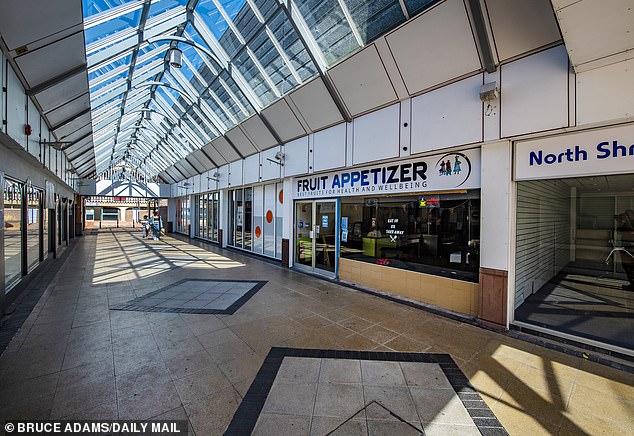 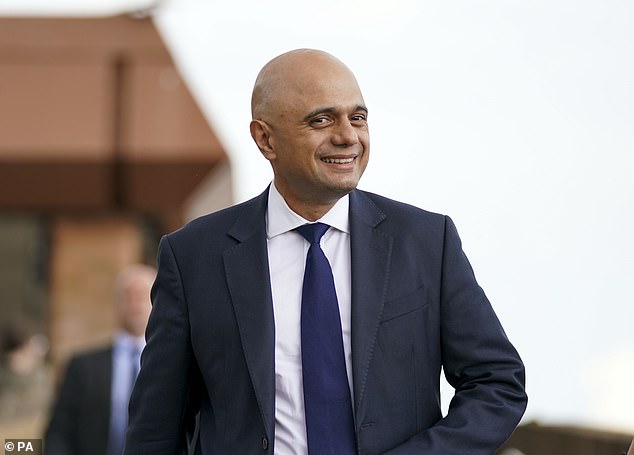