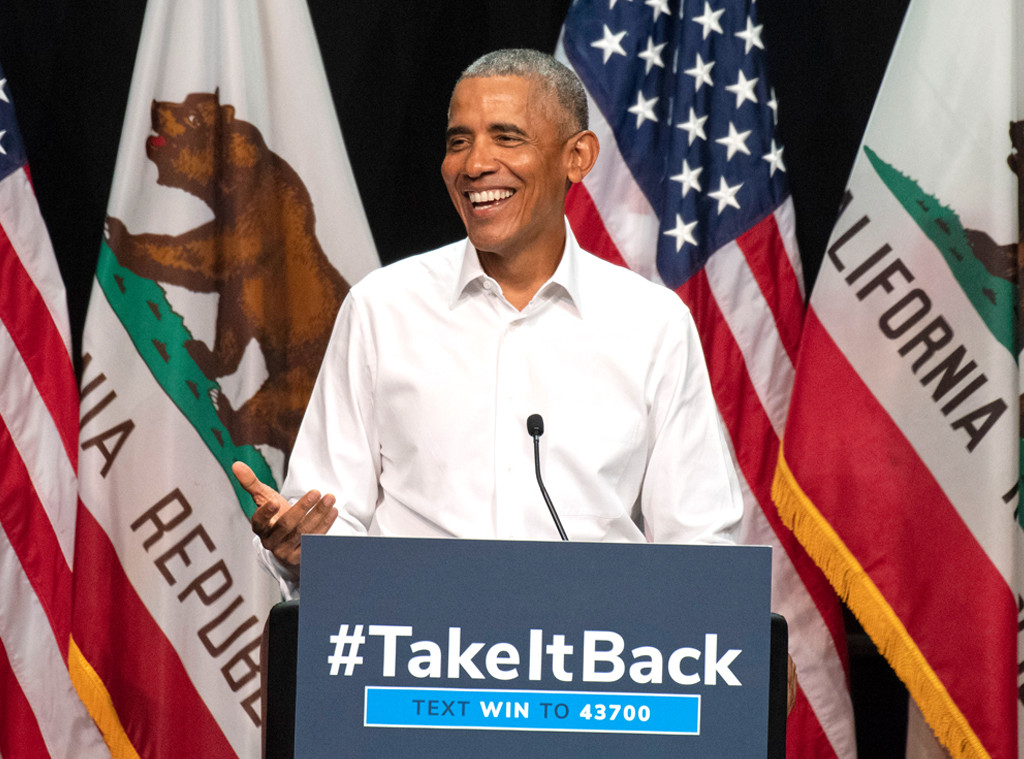 Former president Barack Obama appeared at a rally in Orange County, Calif. on Saturday and recalled the time he got kicked out of Disneyland for smoking on a ride.

The 44th commander in chief said he’s been to Disneyland twice in his life. The first time was when he was 11. Having grown up in Hawaii, the vacation was the former president’s “first big trip to the mainland.” Obama made the journey with his grandma, mother and little sister. While the family stopped in several states throughout their visit, Obama considered Disneyland the “highlight” of the trip.

“I went and did all the, you know, the Bare Necessity thing and, you know, the Small World [ride] and the Matterhorn,” he recalled, per a video captured by CBS News. “I mean, it was the bomb.”

The second time was when he was in college—and it was a little more eventful. Obama took a break from his studies at Occidental College to attend a Kool & the Gang concert at the theme park. After the show, Obama and his buddies went on the gondolas—but it wasn’t to ride the ride.

“I’m ashamed to say this—so close your ears young people.” he said. “But a few of us were smoking on the gondolas.”

After the confession caused an audible reaction from the audience, Obama said, “No, no. These were cigarettes, people.” He also said it was a “terrible thing.”

Speaking in Anaheim, California, Obama begins by recalling a childhood trip to Disneyland: “It was the bomb” https://t.co/HvrbzYN89C pic.twitter.com/dEOobj0aEa

However, a few park officers spotted Obama and his friends and escorted them out of Disneyland.

“This is a true story everybody,” he said. “I was booted from the Magic Kingdom.”

Still, the former president wasn’t banned forever. In fact, the officers told him he and his pals could come back anytime.

“I was booted from the Magic Kingdom.” Obama tells California crowd about his rebellious college visit to Disneyland https://t.co/HvrbzYN89C pic.twitter.com/agYVhZowlZ

In fact, Disney CEO Bob Iger reinforced this notion by tweeting “he can always come back, as long as he doesn’t smoke!”