Continuing his annual tradition that started during his two terms in the White House, Barack Obama on Friday revealed the songs, movies and books that he liked the most in 2018.

Obama, 57, explained in a Facebook post that putting together the lists ‘gives me a moment to pause and reflect on the year through the books, movies, and music that I found most thought-provoking, inspiring, or just plain loved.’ 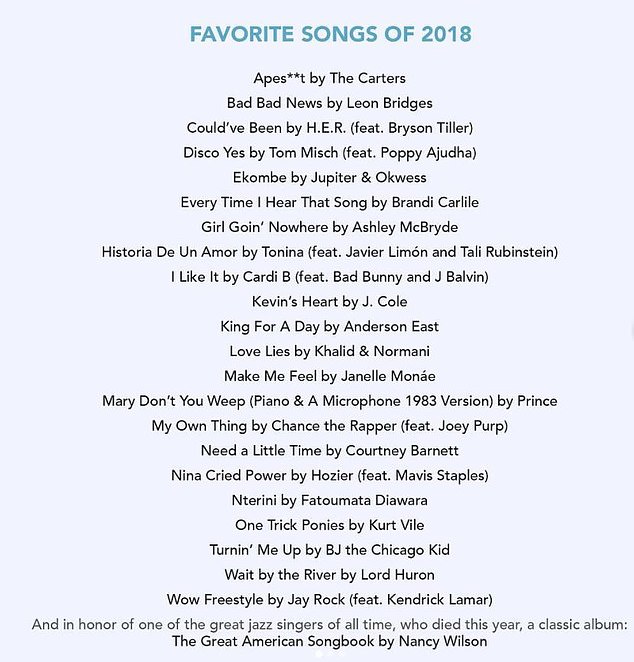 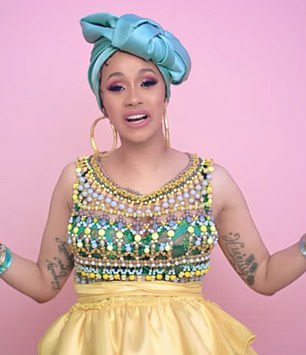 Beyonce and Jay-Z’s hit song Apesh*t earned the top honor (left), and Cardi B’s I Like It got an honorable mention 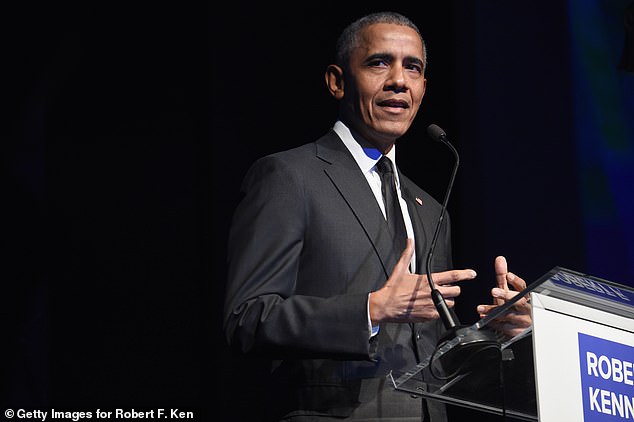 He continued: ‘It also gives me a chance to highlight talented authors, artists, and storytellers – some who are household names and others who you may not have heard of before.’

In the music category, Beyonce and Jay-Z’s hit song Apesh*t from the album Everything Is Love earned top honors, followed by Bad Bad News, by soul singer Leon Bridges, and King for a Day, by R&B star Anderson East.

Cardi B’s chart-topping single I Like It also made it onto Obama’s eclectic list, coming in at No 9. 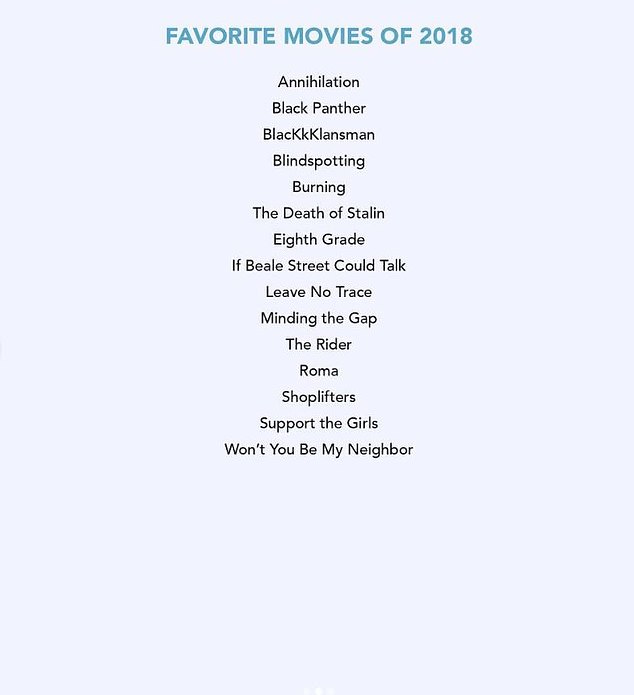 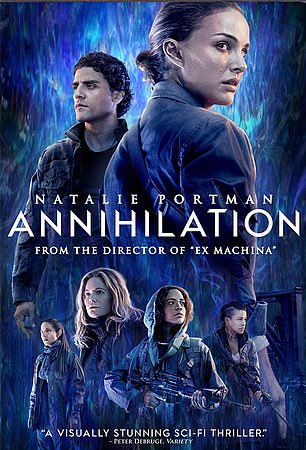 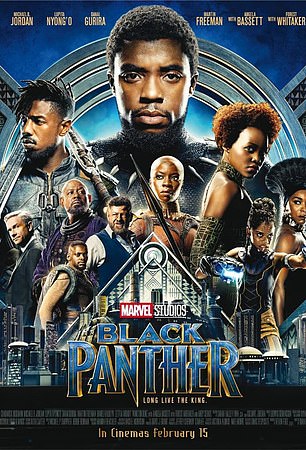 In the movies category, the science fiction horror film Annihilation, starring Natalie Portman, Jennifer Jason Leigh and Gina Rodriguez, was Obama’s No. 1 choice, with the superhero blockbuster Black Panther coming in at No 2 and and Spike Lee’s latest offering, BlacKkKlansman, rounding out the top three.

Other honorable mentions included the documentary Minding the Gap about skateboarding, the Netflix film Roma from Academy Award winner Alfonso Cuaron about a year in the life of a Mexican maid in the 1970s, and the the very dark comedy The Death of Stalin, from the creator of HBO’s Veep Armando Iannucci. 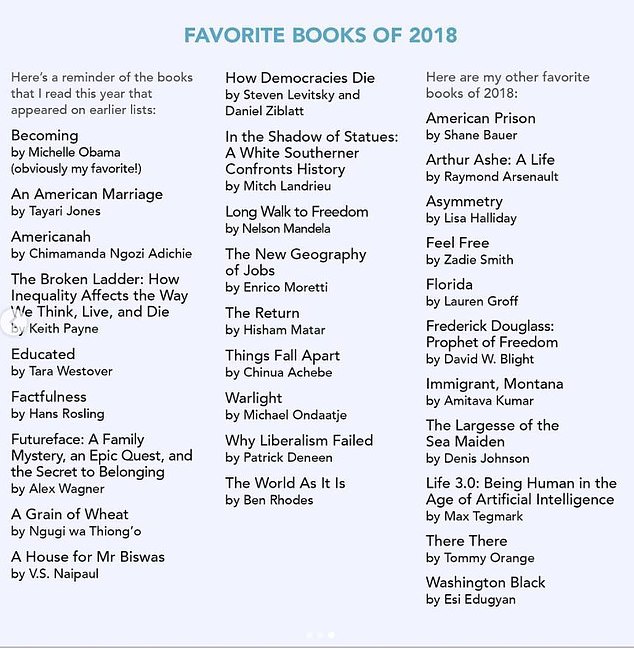 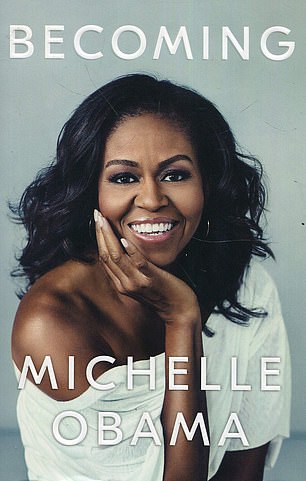 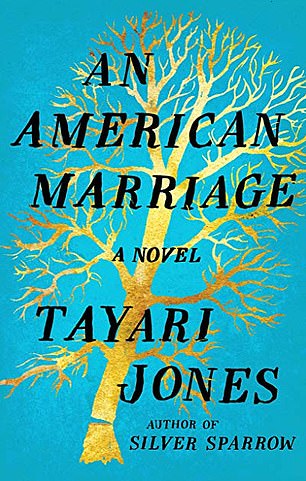 ‘Becoming’ has been at the top of the New York Times’ prestigious bestsellers list for the past six weeks. Obama also singled out the fiction novel An American Marriage by Tayari Jones

For the famously well-read former constitutional scholar, 2018 evidently offered an embarrassment of riches when it came to books, given that Obama managed to pick more than two dozen favorites in both fiction and non-fiction categories.

Besides his wife’s autobiography, which has been at the top of the New York Times’ prestigious bestsellers list for the past six weeks, Obama also singled out the fiction novels An American Marriage, by celebrated author Tayari Jones, and Americanah, by the award-winning Nigerian writer Chimamanda Ngozi Adichie.