Barclays has scrapped a ‘Big Brother style’ system that tracked how long employees were at their desks and sent warnings if they spent too long on breaks.

The bank has now stopped its use of the spyware following criticism from HR experts and privacy campaigners.

Barclays introduced the technology during a pilot scheme last week, which was first reported by City AM.

Whistleblowers told the newspaper that the system provides staff with daily updates if they are not deemed active enough and told them to ‘avoid breaks’.

The software, which reportedly even records trips to the toilet, was introduced as a pilot at the London headquarters last week.

If staff are not found to have been active enough on their computers, known as being in ‘the zone’, they can be reprimanded in daily updates.

The firm said the pilot had been intended to improve productivity as well as ‘tackle overworking’. 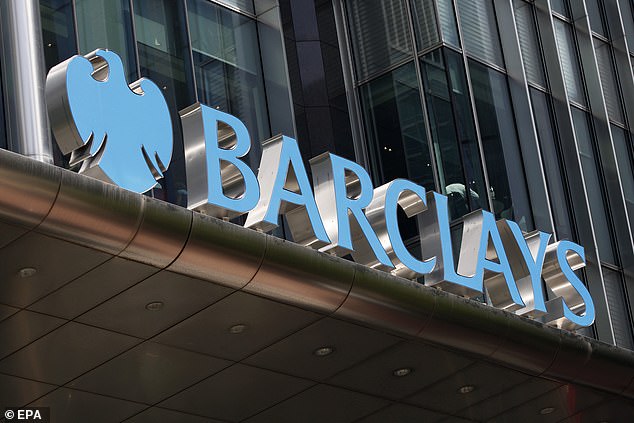 A Barclays spokesman said: ‘We always intended to listen to colleague feedback as part of this limited pilot which was intended to tackle issues such as individual over-working as well as raise general productivity.

‘In response to that colleague feedback we have taken steps to ensure that no individual data is visible to managers.’

The bank’s use of the system received scorn from workers’ groups and privacy campaigners.

The TUC union described the use of the system as ‘dystopian Big Brother tactics that show a total disregard for hardworking staff’.

A whistleblower at the banking giant told City A.M: ‘The stress this is causing is beyond belief’.

‘Employees are worried to step away from their desks, have full lunch breaks, take bathroom breaks or even get up for water as we are not aware of the repercussions this might have.

The software, supplied by analytics firm Sapience, had been installed in the product control department in the investment bank division. 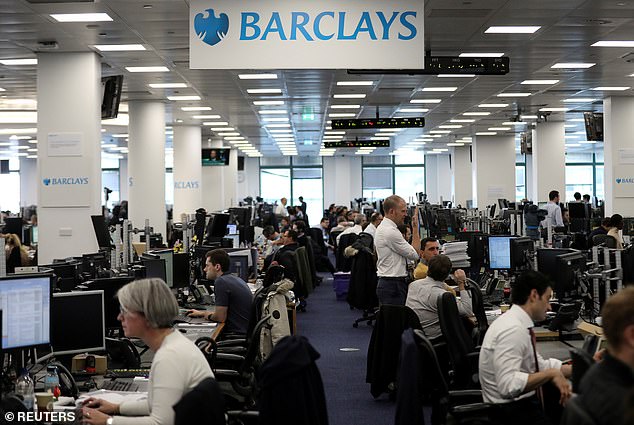 The software, which reportedly even records trips to the toilet, was introduced as a pilot at the London headquarters last week. Stock picture of Barclays head office in Canary Wharf

The company’s website states that the software offers ‘automated work pattern reporting and real-time analytics’ and ‘unprecedented visibility into how people work, with actionable insights to better manage cost and performance across teams’.

A report is compiled which shows employees’ workday activity. An assessment, called ‘work yoga’, that was sent to an employee earlier this week and seen by City AM, said: ‘Not enough time in the Zone yesterday!’

It proceeded to offer tips including disabling email pop ups, and avoiding breaks of over 20 minutes.

The whistleblower described the software as having turned the office into a ‘Big Brother state’.

And this isn’t the first time Barclays has been accused of invading the privacy of its employees.

In 2017 the firm also received backlash for using OccupEye sensors that monitored how long employees were at their desks for.

The director of privacy campaign group, Big Brother Watch, said: ‘The use of this technology is creepy and should be urgently reviewed.’

Silkie Carlo added that just because managers wouldn’t get away with monitoring employees’ screens in real life, ‘the availability of technology to surveil staff surreptitiously does not make it any more acceptable’.

A Barclays spokesman told City A.M.: This type of technology is widely used across the industry to help identify what is working well and opportunities to improve processes. Colleague wellbeing is of paramount importance and colleagues are free to take breaks whenever they choose.’

Prince William calls Boris Johnson after the Prime Minister welcomed son Wilfred
MARTIN KEOWN: A £125k fee was agreed for me to join Aston Villa... and Sir Doug Ellis shook his head
Shamed ex-footballer Adam Johnson is banned from seeing four-year-old daughter
A stellar year for royal biographies reveals secrets from Wallis Simpson to Prince Charles
Tyson Fury defeats Tom Schwarz by second round TKO in Las Vegas on ESPN debut
Marriott admits details of up to 500 million guests may have been stolen in hack
Official report into Grenfell Tower says systemic failures in fire chiefs' 'stay put' advice
1 in 4 doctors 'have suffered mental health issues' as stresses of the job can lead to depression