A daring base jumper who narrowly avoided death after leaping from  the White Cliffs of Dover and finding his parachute would not open has spoken of his fear as he fell face first towards the ground.

Chad Smith, 27, suffered four broken vertebrae and broken pelvis when he hit the ground at St Margaret’s Bay in Kent and caused a major rescue operation.

Mr Smith’s friends watched on in horror as the daredevil’s stunt went terribly wrong on December 28.

Now, he has revealed he feared he would die as he hurtled towards the floor. A huge rescue operation was launched, with coastguards winching him to the top of the cliff before an air ambulance flew him to hospital.

He told The Sun: ‘I was so concerned about getting a good push off I messed up the pilot chute and threw it down instead of up. As soon as I jumped I knew it had gone wrong. I thought I was going to die.

‘It was three seconds between jumping and hitting the rocks. The ground was coming towards me when it shouldn’t. My parachute finally opened just before I hit the ground. If it hadn’t then I would have died. If the drop had been a couple of feet less I would be dead. I was milliseconds from death.’ 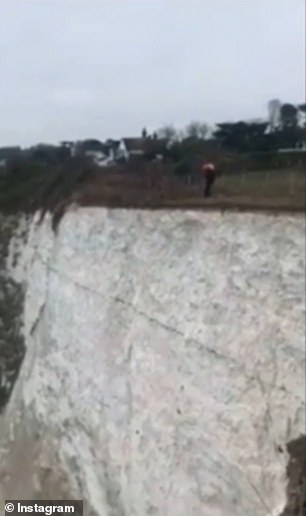 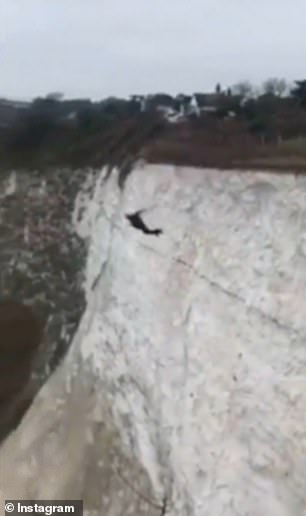 St Margaret’s Bay makes up part of the White Cliffs of Dover, which at their highest, reach some 360ft. Police, fire crews, paramedics, an air ambulance and the coastguard rushed to the scene before the jumper was winched away to hospital via helicopter

At their highest the cliffs are 360ft. During the rescue coastguard rescue teams, RNLI lifeboats and a helicopter were at the scene alongside Kent Police and Kent Fire and Rescue.

Previously, on 3,000 skydives and 230 base jumps the thrillseeker has had much better luck and has not been put off by his bad experience.

In fact, he wants to attempt the jump again, despite temporarily ending up in a wheelchair and back brace in Kings College Hospital, London.

After being taken to hospital in an air ambulance, Mr Smith could not walk for 12 days.

He added: ‘I love flying. Base diving is great as its a pioneering sport. I was the first person to try that cliff. It’s taught me a lesson. I got a bit complacent after 230 base jumps.

‘I don’t regret what happened. I could have done it better. I’m not going to rush into it but I think I’d have another go at it.’ 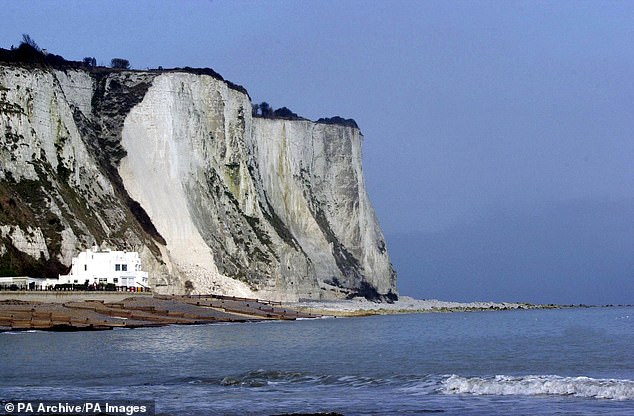 Witnesses say another paraglider, who was there at the time, raised the alarm to people on the beach 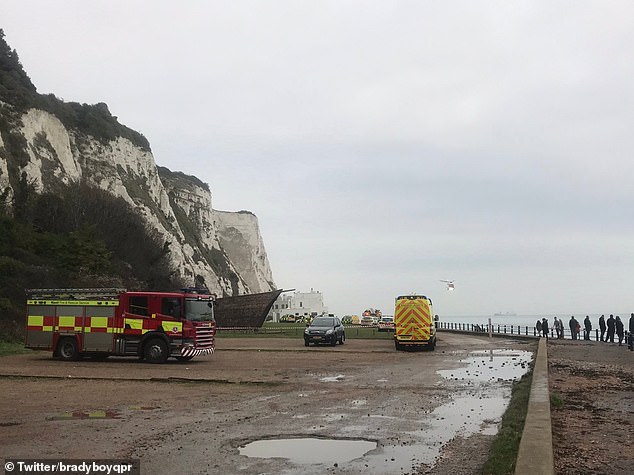