The speaker’s chair was like a scene from a Caravaggio canvas. Either side was a whirl of flailing arms and concerned faces bathed in soft chiaroscuro, each one trying desperately to get their view across.

Out in front, concerned-looking Clerks sat and conferred. At the centre of it of all sat the man himself, John Bercow, stroking his chin and listening to the commotion around him.

Bercow, slap bang in the middle of drama. Just the way he likes it. The issue at hand was a tied vote – 310-310 – the first in the House of Commons since 1993 during the Maastricht hoo-haa.

MPs were voting on whether to hold a third round of indicative votes on Monday as put up by Hilary Benn (Lab, Leeds Central) to help break the Brexit impasse. Boisterous Mark Francois (Con, Rayleigh and Wickford) suggested the decision fall to a People’s Vote. What a helpful chap. 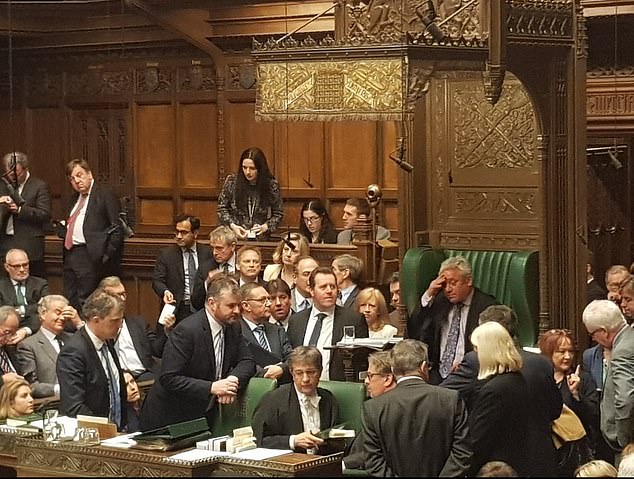 Like a scene from a Caravaggio canvas, Speaker Bercow surveyed the Commons with his head in his hands as arms whirled around him 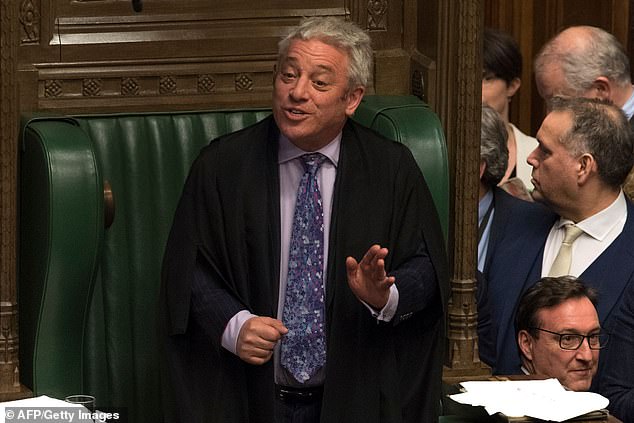 The deadlock meant the Speaker had to cast his deciding vote. Precedent required him to reject the motion. Such a move could have been helpful to the Government. That’ll sting Bercow. May require ointment.

Another knife-edge vote followed, on a Bill brought by Sir Oliver Letwin (Con, West Dorset) and Yvette Cooper (Lab, Normanton, Pontefract and Castleford) forcing the Prime Minister to rule out a No Deal Brexit, this one squeaking through 315-310. In other words, it was yet another day of Brexit high drama.

Earlier in the day, the Prime Minister had endured a highly lively PMQs. The government backbenches now resemble a Wild West saloon.

Opposing factions eye one another suspiciously. Such is the undercurrent of menace, you feel at any moment the scene could erupt into a chair-smashing melee.

Mrs May’s decision on Tuesday to invite Jeremy Corbyn to help break the impasse is, for most of them, the final straw. Yesterday, several Tory MPs openly turned on her. Yes, they still cheered her occasional sallies but through forked tongues.

With Mrs May due to meet Mr Corbyn later that afternoon, Labour’s Dear Leader chose to ignore Brexit and focus on poverty. The pair grappled non-committedly in the manner of two ageing prize fighters holding out for a draw.

Neither required the bucket and sponge.

The Prime Minister’s real showdown came with her own party. When the Speaker called Nigel Adams, the former Welsh minister who had resigned hours earlier, he received a hero’s welcome. 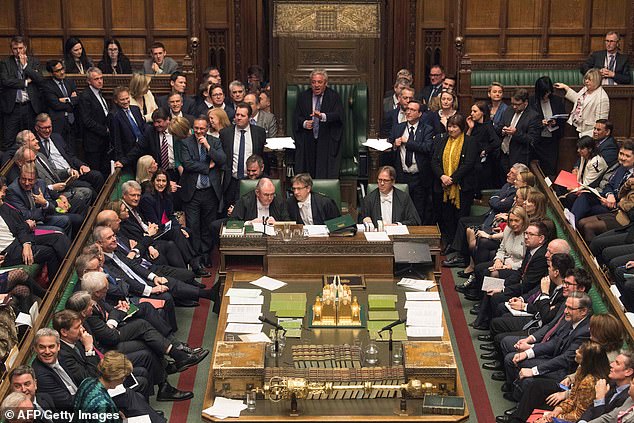 The deadlock meant the Speaker had to cast his deciding vote. The issue at hand was a tied vote – 310-310. Precedent required him to reject the motion. Such a move could have been helpful to the Government

Would he chose the occasion to bludgeon the PM? A delightful tension suddenly gripped the House. Barry Gardiner (Lab, Brent North) twiddled his neatly manicured beard. Sir Nicholas Soames (Con, Mid Sussex) gawped in eager anticipation. ‘Can I urge the Prime Minister to put her weight behind the campaign for step-free access for Selby railway station?’ he asked.

Loud exhales of breath. Adams grinned and apologised for disappointing colleagues by refusing to wield the dagger.

Not everyone let the PM off so lightly. David Jones (Con, Clwyd West) asked if it was still the Prime Minister’s opinion the Leader of the Opposition was unfit to govern. To her credit, Mrs May didn’t shy from the question and brought up Mr Corbyn’s milky response to the Salisbury poisoning when he appeared to doubt Russia’s involvement.

Lee Rowley (Con, North East Derbyshire) pondered what qualified Mr Corbyn to discuss Brexit when only last week Mrs May described him as ‘the biggest threat to our standing in the world, to our defence and to our economy’. Mrs May squirmed, tamely responding something about the public wanting politicians to work together to find a solution.

Julian Lewis (Con, New Forest East) stuck his oar in. Why, he asked, after preaching about No Deal being better than a bad deal, was the PM approaching Labour when most of her party wanted to leave next week without a deal? Mrs May responded she had a good deal, but Lewis chose to vote against it. Good answer.

At the end of a lengthy session, the PM trotted off for her lengthy pow-wow with the Leader of the Opposition. Hardly a barrel of laughs, one suspects. But a country picnic compared to her next meeting with her party.