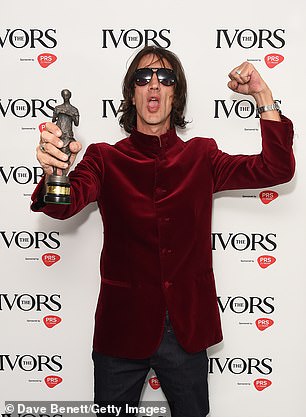 It’s a bitter sweet victory for the lead singer of the Verve, who finally won the rights to his hit song following a 22-year legal battle with the Rolling Stones.

Since the song was released in 1997, Mr Ashcroft has not earnt any royalties as a result of the dispute, The Times reports.

The Verve sought permission before they released the song to use an orchestral version of the Rolling Stones’ The Last Time as part of the song, which was recorded by the Andrew Oldham Orchestra in 1965.

The Stones agreed to grant the use of a five-note segment of the recording in exchange for half of the royalties.

But Stones’ manager Allen Klein, who died in 2009, claimed the Verve had used a larger chunk of the song and voided the agreement and began a lengthy plagiarism case.

Mr Ashcroft insisted it was Mr Klein, rather than the musicians, who had been responsible for the dispute. 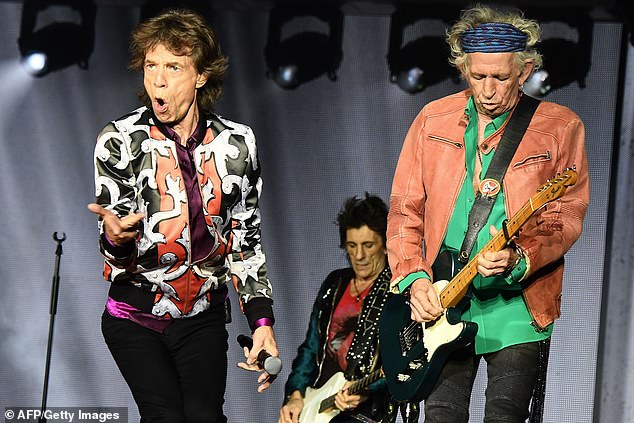 He said: ‘It always left a slight bitter taste. Whenever I heard it, there was always something knocking around in my mind.

‘Now that’s finally clear and I can thank Mick and Keith for that.

‘It’s incredible because the Stones, Mick and Keith, didn’t need to do that.

‘It also goes against the tide. At the moment there’s a lot of lawyers chasing around songs and melodies.’

Announcing the news at the Ivor Novello awards in London on Thursday night, where he was given the Outstanding Contribution to British Music Award, Ashcroft said the dispute was never about the money but about his need to be credited.

He told the crowd: ‘Thank you so much Keith Richards and Mick Jagger for acknowledging me as the writer of a f***ing masterpiece. It’ll live forever.’

Body of boy, two, who fell down 250ft deep well is found
Kent transgender cricketer reignites row over who should be allowed to play women's sports
Grieving mother feels 'failed by doctors' who discharged her bulimic daughter weeks before she died
Crushed by Britain's FBI: The gangs flooding UK with 'drop dead' drug that's killed 36,000 Americans
Ruth Jones admits it was a 'bit strange' working with James Corden again on Gavin and Stacey
Bride slams her bridesmaid online for wanting a long dress because it's 'wedding appropriate'
Radiohead to release 18 hours of unheard music to raise money for Extinction Rebellion
Battle of the beasts: Crocodile and shark fight each other