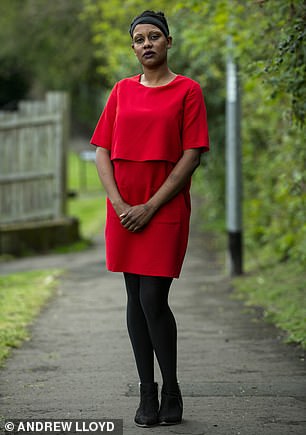 Theresa Georges has had to take time off work with stress following the incident in March. The cleaner was employed by the Pobl Group Ltd from January 4 to March 23 last year at its Clarence Place hostel in Newport

A black cleaner had to take time off work with stress after taking part in a diversity training course where the N-word was repeatedly shouted out.

Theresa Georges was racially harassed by the episode, an employment tribunal has ruled.

She had been working at a housing association in South Wales for two months when she was told to attend the course.

Trainer Lisa Hearn wrote the racist words ‘n*****’ and ‘P***’ on a flipchart. She then asked all 16 of those taking part, of whom Miss Georges was the only black person, to shout out derogatory words that came to mind.

As Miss Hearn went around the room she noted down the words chosen from the board and put ticks next to any that were uttered more than once, the Cardiff hearing was told.

The housing association argued that the exercise was intended to highlight that these words ‘were not to be used under any circumstances’.

But employment judge Alison Frazer said: ‘The word n***** was shouted out three times … the claimant was the only black person in the room and as such, she felt under pressure to say the “N” word but instead offered the word “cabbage”.’

Miss Georges was uncomfortable using this term, which is offensive to those with mental disabilities.

The judge, sitting with two colleagues, unanimously upheld the cleaner’s claim against her employer for racial harassment under the Equality Act.

In a written ruling, Judge Frazer said: ‘We accept that the use of the full “N-word” by the trainer and by the three others in the course had the effect of creating a degrading and offensive environment for the claimant and of violating her dignity.

‘The “N-word” is by its very nature a deeply loaded word with distressing racial connotations which, we find, would necessarily have caused the claimant to feel deeply offended and uncomfortable.’ After the hearing, Miss Georges said: ‘It was awful, I couldn’t believe what was happening. The whole scenario was offensive, pointless and crude.

‘There was no meaning to it, I don’t know what the trainer was trying to achieve.’

Miss Georges, who has remained out of work since, added: ‘I’ve done lots of diversity training in the past and never been subjected to an exercise like that.’ 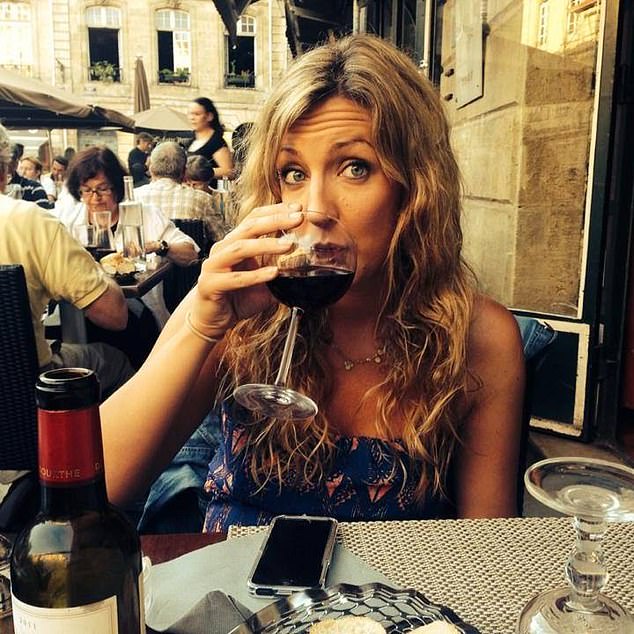 Trainer Lisa Hearn (pictured) wrote the racist words ‘n*****’ and ‘P***’ on a flipchart. She then asked all 16 of those taking part, of whom Miss Georges was the only black person, to shout out derogatory words that came to mind 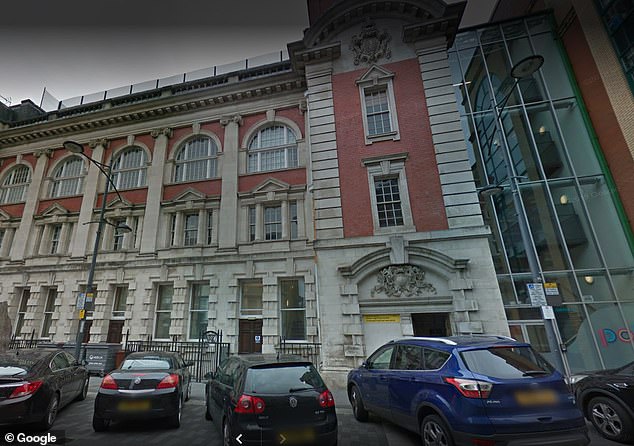 Ms Georges worked as a cleaner at the Pobl Group at its Clarence Place hostel in Newport. As part of her induction training she attended the diversity course at its main premises (pictured) nearby on March 8

The cleaner was employed by the Pobl Group Ltd from January 4 to March 23 last year at its Clarence Place hostel in Newport. As part of her induction training she attended the diversity course at its main premises nearby on March 8.

The judge said the underlying purpose was entirely appropriate, but the chosen method of delivery was ‘a risky strategy’.

After the course Miss Georges felt in a state of shock. She was signed off work with stress after seeing her GP.

The following Monday she called her line manager Kirsty Thomas and said she was unable to come in because of the the effect of the training.

A week later, she wrote a letter of complaint to the company’s human resources team. This was later rejected. Miss Georges wrote: ‘She seemed to fixate on the N and P-words.

‘As we were going round the room I heard the N-word shouted out three times. I cannot express how uncomfortable I was feeling. It was as if I felt that everyone was waiting for me to say the N-word.’

The tribunal judges ruled that the delegates had no choice but to attend the training, adding: ‘We find that [the] encouragement to say words that were deeply offensive was a crude and unnecessary way of delivering the training.’

Pobl Group said it recognised that the exercise ‘was inappropriate’. It apologised to Miss Georges and said it had made changes. The amount of compensation has yet to be set.

Atmospheric photos show desolate, empty buildings from Birmingham's industrial past
Police officers' son who mowed down and killed two pedestrians got back behind wheel weeks later
Death trap lorry container crossed the Channel twice before deaths of 39 Chinese people
Johnny Depp accuses Amber Heard of severing his finger by hurling a bottle of vodka at him
Teenage boys injured after double stabbing during large fight near where other man was murdered
Legal expert bombarded with sexually harassing messages on flight
Many feared dead after boat bursts into flames off California and more than 30 people rescued
Tesla CEO Elon Musk says stress, overwork taking toll