Black-ish creator Kenya Barris is speaking out about ‘monster’ Roseanne Barr and ABC canceling an episode of his show earlier this year that was centered around the NFL protests.

In February, just days before ‘Please, Baby, Please’ was going to air, the network shelved the show leading to criticism from fans and the cast and ultimately pushing Barris to walk away from ABC.

In an interview with The Hollywood Reporter, Barris explained that ‘creative differences’ were not the only reason behind the network pulling the episode from airing.

According to the outlet, ABC wanted to bring in more conservative viewers in the wake of Trump’s presidential win.

‘I know there was some concern about partisanship,’ Barris explained, ‘and the way the episode was angled and the balance in terms of some of the stories. On network TV, one of the things I’ve learned is that you have to talk about things from both sides.’ 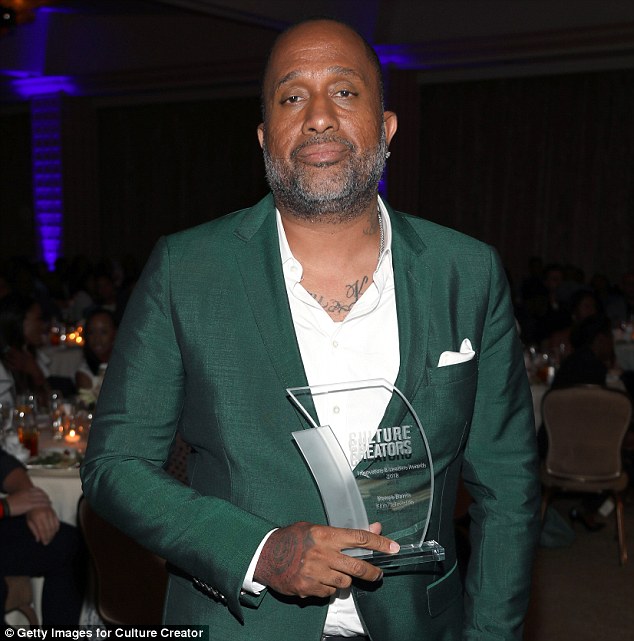 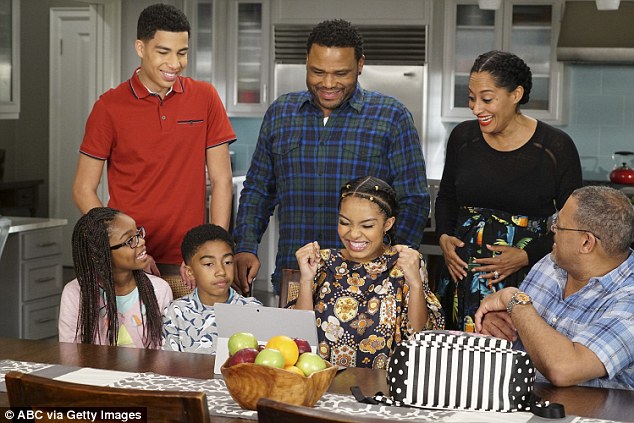 The episode was supposed to air in February and featured Dre (Anthony Anderson’s character) reading a bedtime story to his son about what’s been happening in the country. Pictured is the cast from a scene in ‘All Groan Up’

The episode was supposed to show Dre, Anthony Anderson’s character, telling his infant son a bedtime story about what’s been happening in the country. The episode was going to include actual news footage of Trump, the Charlottesville riots and NFL players kneeling during the national anthem to protest racial injustice and police brutality.

Spike Lee was going to narrate the episode and Sam Cooke’s ballad A Change Is Gonna Come was going to be played. Barris told the outlet that production even upped their usual episode budget of $3million.

‘This was about me trying to pat the butt of the country and soothe people,’ he said.

Barris, however, never got a chance to tell his story. The producer said he spent weeks going back-and-forth with network officials about the fate of the show and tried editing some stuff out.

When they couldn’t come to an agreement, ABC decided to scrap the episode and not long after the producer began talks on how to get out of his four-year contract.

‘I don’t know that I would have been as useful to them as they’d need me to be after that,’ he said.

Despite ABC shelving Barris’ episode, he told The Hollywood Reporter that he still refers to many of the executives at the company as ‘family’ – with the exception of embattled Disney-ABC Television Group president Ben Sherwood. 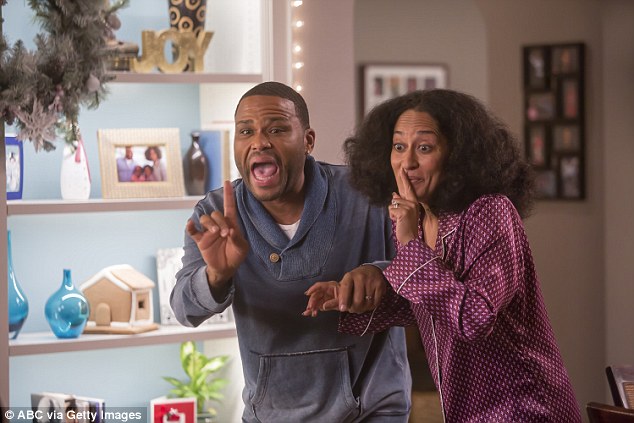 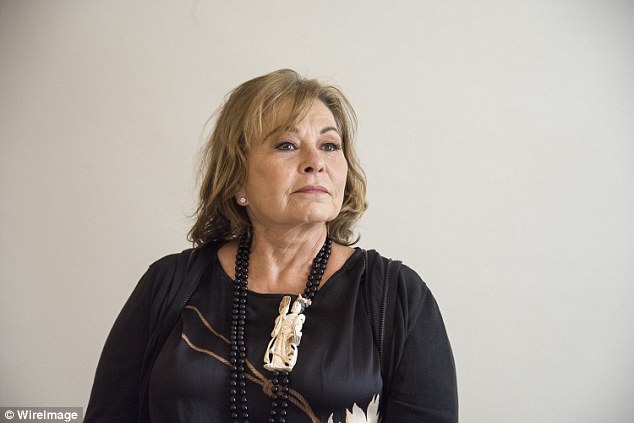 ‘The way that (Ben) chose to deal with me in this particular episode, I felt a way about it and I still do,’ Barris told the outlet. ‘He’d make it seem like it was an open environment but really it wasn’t, and those are things I see very clearly. Everyone wants to say it’s open arms, but just tell me it’s not and I’ll respect you more.’

Sherwood’s tenure – during which ABC has languished in the ratings – has also seen the departure of mega-producer Shonda Rimes, who like Barris left ABC for Netflix. Sherwood is expected to be replaced when Disney closes on its acquisition of 21st Century Fox Television, though there are reports he’s vying to return to his old job as president of ABC News.

The sudden and controversial shelving of ‘Please, Baby, Please’ led to the shows stars Tracee Ellis Ross and Anthony Anderson to speak out.

Ross called the move ‘frightening’ and Anderson said the network had signed off on the episode before pulling it.

‘We entered into this partnership with the understanding that we would be able to tell the stories that we wanted to tell,’ he said. 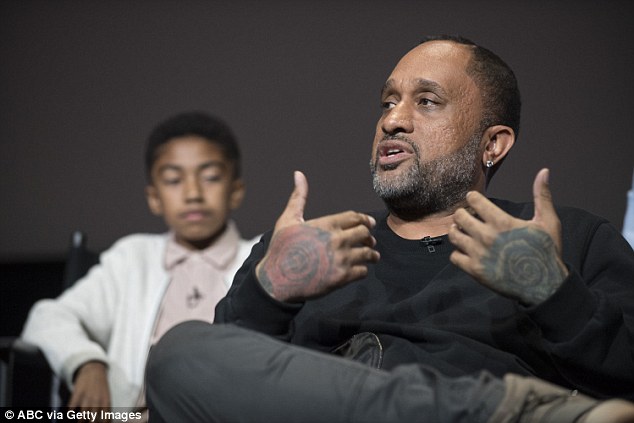 Barris told The Hollywood Reporter that Black-ish had been moved to air after Roseanne and he wasn’t happy about it. He said the show’s cancellation came at a time when he was preparing to speak out.

‘She’s a f***in’ monster. And they were like, “Why is this monster killing villagers?” And I was like, “Because that’s what a monster does”.’

After leaving ABC, Barris signed a reported eight-figure deal with Netflix. He told The Hollywood Reporter that he is ‘f***ing terrified’ but also excited to produce shows that will make an impact.

‘One of my fears at Netflix is that there are so many shows, so it’s my job to make sure in that huge bundle we somehow find a way to be noisy,’ he said.

PICTURED: 'Armed and dangerous' girl, 18, being hunted by police after she 'threatened Columbine'
Man, 21, dies after falling more than 1,600ft while climbing Ben Nevis
British tourist among three dead in avalanche in Italian Alps
Labour and Tory MPs sworn in while carrying babies
Topple the Racists says 'colonial warmonger' Sir Arthur 'Bomber' Harris should be removed
Palestinian worshippers clash with Israeli police at a highly sensitive holy site
A look back at the old school technology must-haves that are almost 'extinct'
Notre Dame fire: Paris cathedral destroyed by inferno