The public believed the Supreme Court was right to hand Boris Johnson a humiliating defeat over his attempt to shut down Parliament, a new poll shows.

Half (50 per cent) of those polled by ComRes believed Tuesday’s judgement that shocked Westminster was the correct one, compared to 29 per cent who thought it was wrong.

However, despite the move by the top court to allow Parliament to throw open its doors again, a majority of voters do not want to see more parliamentary debate about the UK’s departure from the EU.

Some 60 per cent wanted them to get on with Brexit, agreeing MPs had had ‘plenty of time’ for discussion already. 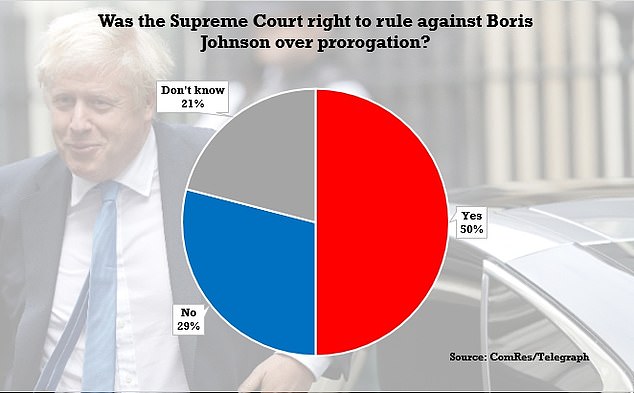 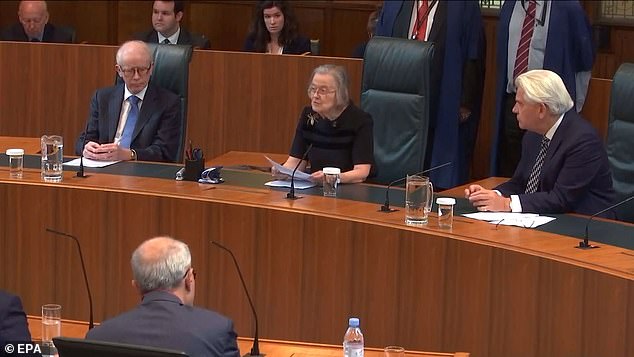 The Supreme Court yesterday (pictured) ruled that Mr Johnson’s prorogation of Parliament had been unlawful, with MPs taking their seats again today 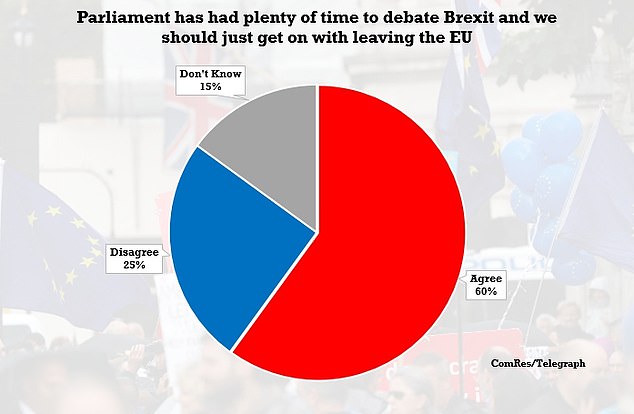 It came as a furious Geoffrey Cox today dismissed calls to quit over his advice that prorogation was legal – and raged that Parliament is ‘immorally’ blocking an election.

The Attorney General ridiculed claims that he should quit after his view was rejected by the UK’s most senior judges yesterday.

He told MPs that the Supreme Court had ‘made new law’ – something he said it was ‘perfectly entitled’ to do.

Mr Cox also went on the attack against Jeremy Corbyn and other opposition parties who are blocking Boris Johnson’s attempts to go to the country for a new mandate. He said a new bid to go to the country will be tabled ‘shortly’ and urged the ‘spineless gang’ to support it. 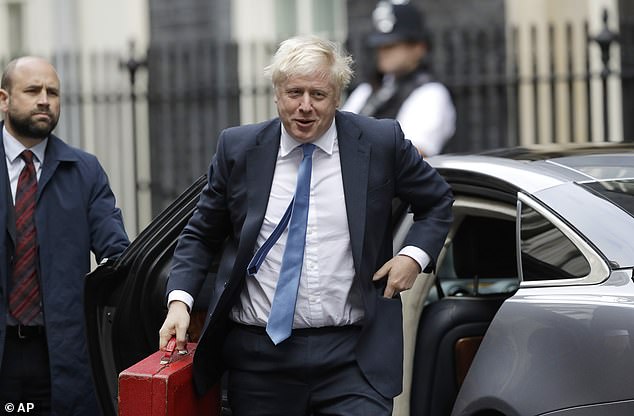 The Labour leader insisted this morning that a poll must not be triggered until the Brexit deadline has been pushed back beyond Mr Johnson’s ‘do or die’ date of October 31.

‘This Parliament is a dead Parliament, it has no right to sit on these green benches,’ he boomed.

‘This Parliament should have the courage to face the electorate. The time is coming when even these turkeys won’t be able to prevent Christmas.’

Mr Cox hinted that the government might bring forward a one-line Bill to hold an election on a fixed date. That would only require a simple majority, rather than the two-thirds threshold needed through the Fixed Term Parliaments Act route.