A black BMW zig-zagged across a quiet side street causing it to hit a row of parked cars and smash through a garden wall before both the driver and passenger ran off.

The driver of the BMW was caught on CCTV as he sped down Barlow Road in Levenshulme, Greater Manchester.

In the footage, the car emerges in the top right of the frame and is veering dangerously out of control.

It zig-zags across the road before seemingly trying to make a sudden right turn.

Due to the speed it was travelling at, the angle proves too steep and the car ends up skidding down the road.

It smashes into a white car that has been parked near the junction before it then rebounds into a garden wall.

When the BMW makes contact with the parked car, the force impacts a further three cars that are stationary in front of it.

The car at the front of the chain gets shunted a few feet down the street. 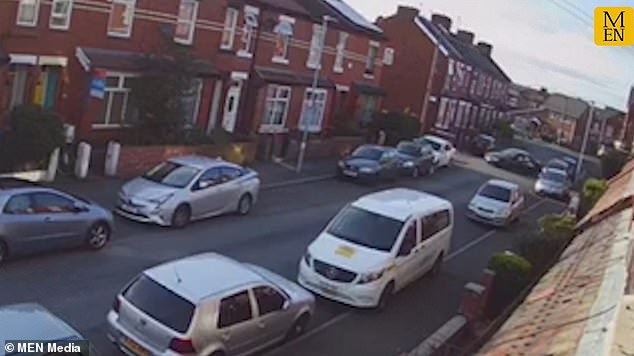 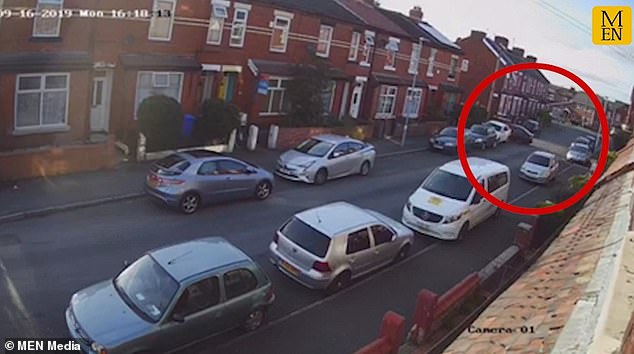 The driver of the black BMW was caught on CCTV as he sped down Barlow Road in Levenshulme, Greater Manchester

A second lot of footage was recorded by a resident soon after the crash had taken place.

A high-pitched car alarm can be heard as the crashed car rests across the pavement.

It appears to now be wedged on top of the remnants of the broken wall and is left overhanging the resident’s front garden.

The driver, who appears to be wearing black jeans and a khaki green hoodie, briefly leans into his car as if to retrieve something.

He quickly closes the door and starts to stride away from the damage.

Other residents begin to confront him but he jogs away down the street, which is where the video ends.

It is believed that he had been travelling with a male passenger who also fled the scene. 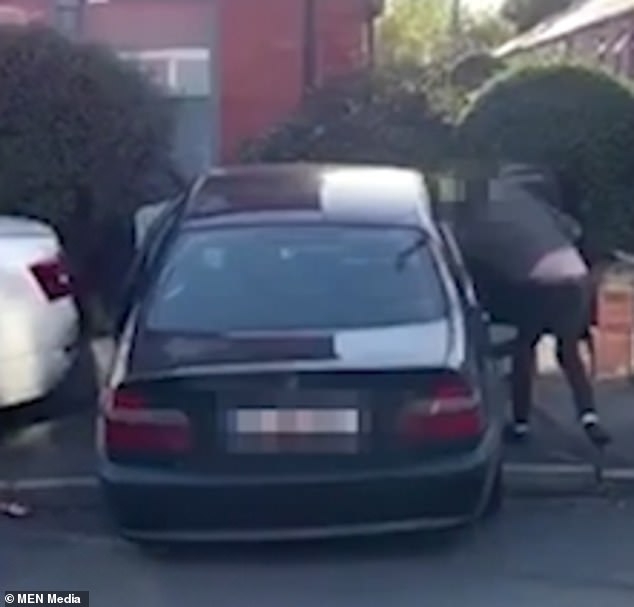 The car skidded down the road and smashed into a white car that was parked near the junction, before it rebounded into a garden wall 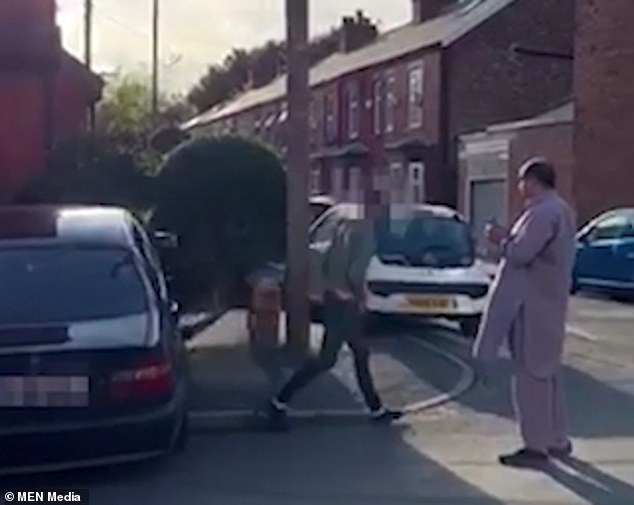 Residents began to confront the driver, who appears to be wearing black jeans and a khaki green hoodie, but he jogged away down the street

Noor Rehman lives in the area and was at home during the crash which took place at around 5.18pm on Monday, September 16.

He said: ‘I was sitting in my house and I heard a big bang.

‘When I went outside, two men were in the car but one had already got out.

‘The other one ran in front of me and I was able to take a photo of him.

‘This is the third accident in the area within two weeks.’

Mr Rehman’s car was one of the four cars damaged in the incident.

He added that the area is in desperate need of speed bumps and other residents echoed Mr Rehman’s sentiments. 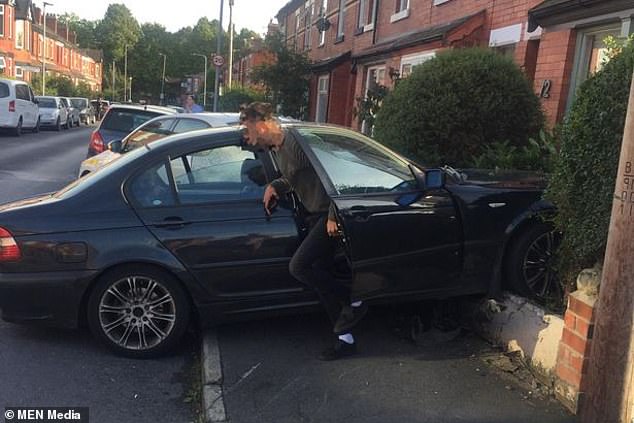 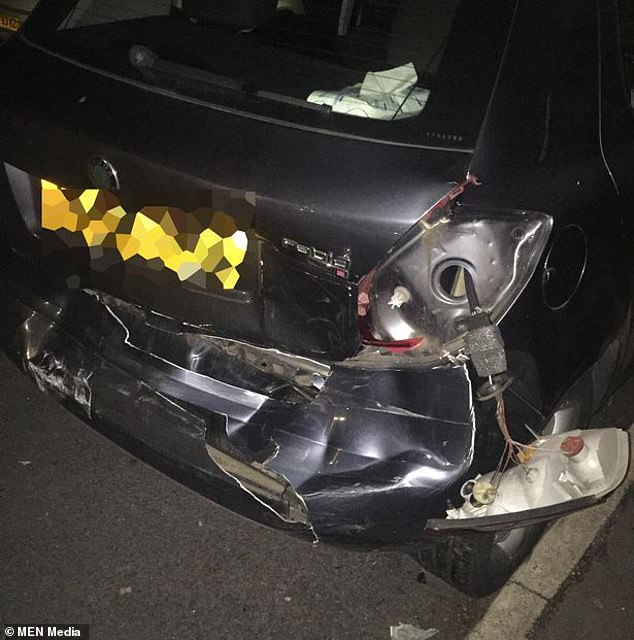 Luke Geoffrey lives just one street down from where the crash happened and said that a car crashed merely inches from his vehicle earlier this year.

He said: ‘Manor Road is a major rat run and people speed through it well over the 20mph limit – more like 40mph or 50mph.

‘It’s poorly lit as it’s next to the park and there’s been at least five accidents since we moved in 15 months ago.

‘It’s a matter of time until someone is seriously injured or worse.’

Footage and photos of the crash were shared on social media and people were quick to express their anger.

While another said: ‘To just get out and walk off so casually.

‘What if someone was walking with a baby in a pram?’

A spokeswoman for Greater Manchester Police said there have not yet been any arrests.