Queen Of The World

In her 65 years circling the globe, the Queen has seen some funny things. There was the occasion in 1961 when a little boy in Gambia presented her with a baby crocodile in a biscuit tin (it ended up at London Zoo). Or the time in 1970 when a panicky Australian man dropped a deep curtsey to her. Or the moment the wife of a local dignitary carefully poured gravy into her wine glass.

The fact that the Queen kept a poker face throughout is down not just to her legendary self-control, but also to her belief that something important, almost sacred, underpins the British Crown’s encounters with the rest of the world. In this warm tribute to Her Majesty abroad, Robert Hardman shows how Queen Elizabeth II has worked as a diplomat, stateswoman and peacemaker to transform the dusty British Empire into the Commonwealth, a much-beloved modern ‘family of nations’. Delving deep into the Royal Archives, the veteran reporter has unearthed a treasure trove of information, covering everything from the Duke of Edinburgh’s worst gaffes to the best way to deal with a visiting president at Buckingham Palace who may or may not be a war criminal. 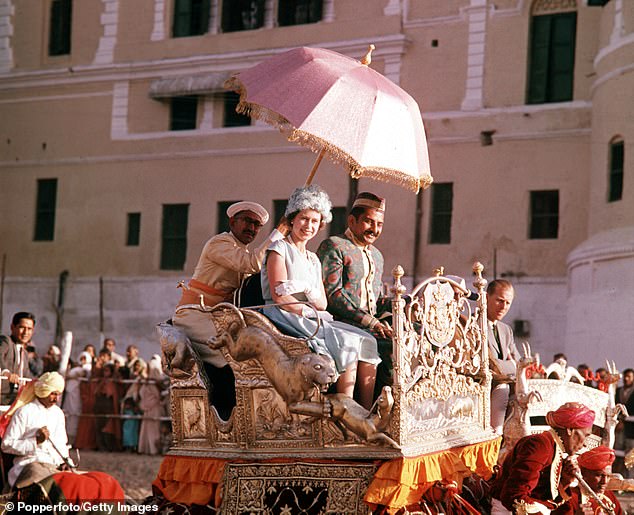 The Queen riding an elephant on the Royal tour of India, 1961. The Queen, it is clear, doesn’t have a diva-ish bone in her body

Although Hardman retains all the discreet good manners of a royal flunky, he’s not above passing on a bit of gossip too. In a rare interview, Andrew Parker Bowles reveals how in 1980, and already married to Camilla, he was in charge of bachelor Prince Charles’s visit to the newly independent Zimbabwe. The locals were determined that the Prince would be filmed riding a Cape buffalo that they swore was tame. Like any good liaison officer, Lieutenant Colonel Parker Bowles insisted on trying out the animal for himself, and was instantly thrown, spending the next three days in hospital. ‘I always remind the Prince that if the buffalo hadn’t gored me, and had gored him, things might be very different these days,’ reflects a rueful Parker Bowles.

Hardman is quick to put paid to false rumours, though. According to hit TV drama The Crown, the young Queen Elizabeth always kept a jealous eye on Jackie Kennedy’s glamorous appearance and tried hard to go one better. There’s even a scene that shows America’s First Lady at Buckingham Palace injecting drugs to get through the evening while the Queen sulks furiously at not being the centre of attention. Nothing, says Hardman, could be further from the truth. The Queen, it is clear, doesn’t have a diva-ish bone in her body, and she regarded the death of President Kennedy the following year as a personal as well as a public tragedy. 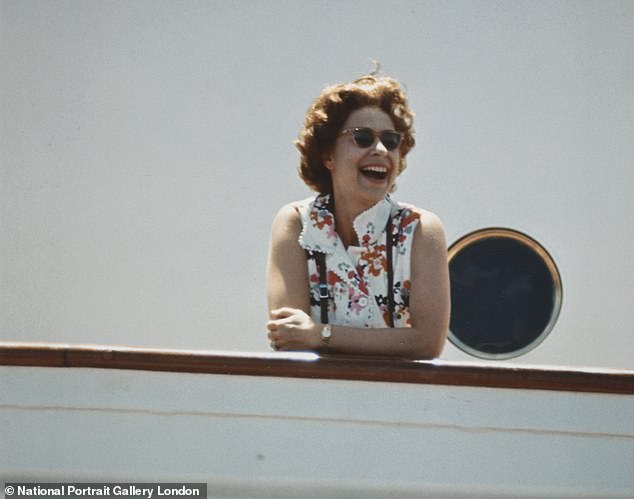 Queen Elizabeth II on board the Royal Yacht Britannia in 1971. Britannia provided the perfect ‘off-duty’ space where, for a few brief days every year, the normal protocols did not apply

Perhaps the most surprising revelation of all is the news that the Queen feels most truly herself when she is neither at home nor abroad. Her real haven, until it was decommissioned, was the Royal Yacht Britannia, which every year took Her Majesty from Portsmouth to Aberdeen for her annual late summer stay at Balmoral. Britannia turns out to have provided the perfect ‘off-duty’ space where, for a few brief days every year, the normal protocols did not apply. Hardman tells plenty of larky tales about life on the low seas, as members of the Royal Household chucked each other overboard and dressed up in drag for charades. Such light-hearted moments, though, remain few and far between for the woman who, as she heads towards 70 years on the throne, is not so much Queen of Britain as Queen of the entire world.

QUENTIN LETTS on a pop-eyed Mrs May caught wondering how we really DID get here
It's too late to stop No Deal Brexit, says top Boris aide Dominic Cummings
Erdogan MOCKS Trump, saying he 'can't keep track' of the President's tweets about Syria
Olivia Newton-John speaks about her breast cancer battle
Two suspects are caught on CCTV fist-bumping and making stabbing motions after attack
'Ambidextrous' robot could speed up online order processing
Murder probe launched after 18-year-old man dies from stab injuries in east London
Theresa May 'could be forced out by JUNE'