The Tories continue to enjoy a ‘Boris Bounce’ in the polls with a comfortable lead over Labour – who are being caught up by resurgent Lib Dems, a new poll reveals today.

Two weeks after Boris Johnson took over as Prime Minister his party is on 33 per cent, nine points ahead of Jeremy Corbyn‘s opposition on 22 per cent, according to YouGov.

The gap has narrowed by a point in the past week but remains wide after the Government embarked on its hardline approach to Brexit talks with the EU.

If there is any hitback at the Government over its Brexiteer policy it is being enjoyed by the Remainer Liberal Democrats rather than Mr Corbyn’s divided Labour.

Jo Swinson’s party has risen two points from 19 per cent to 21 per cent under their new leader.

Nigel Farage’s Brexit Party also rose a point to 14 per cent, while the Greens dropped a point from 8 per cent to 7 per cent. 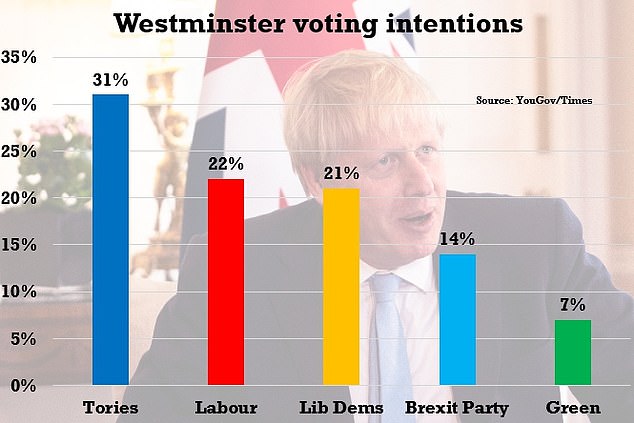 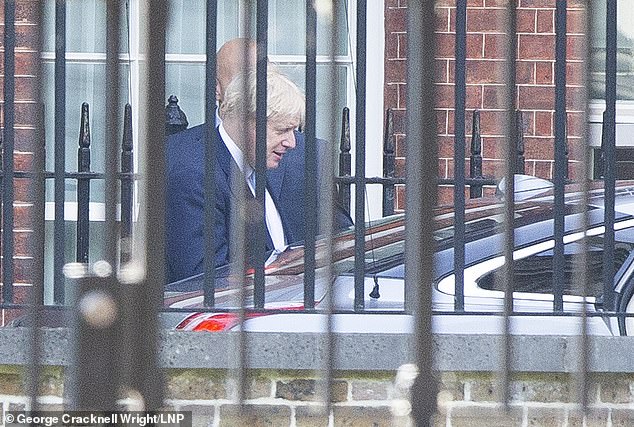 Mr Johnson (pictured in Downing Street today) continues to enjoy a healthy lead in the polls, amid the ongoing Brexit rows

However, the poll for the Times reveals that both Mr Johnson and Mr Corbyn have taken a personal hit in their popularity.

Mr Johnson is still the public’s preferred Prime Minister over Jeremy Corbyn but his backing was down three per cent at 39 per cent, while Mr Corbyn was down two per cent on 19 per cent.

A further 37 per cent – more than a third – could not choose between the two, an increase of three per cent. 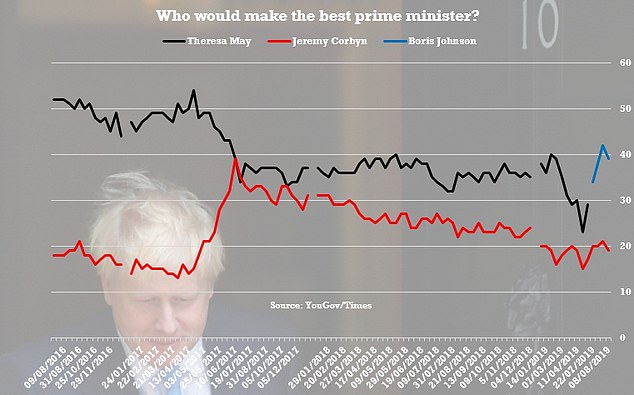 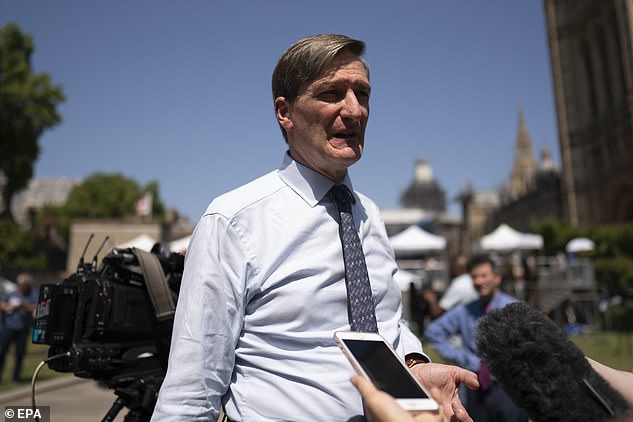 It came as Remainer rebels prepared a fresh bid to block No Deal Brexit amid fury at strongarm tactics by the PM’s maverick adviser Dominic Cummings.

Here are some key dates in the countdown to Brexit:

Early September: Labour is expected to trigger a vote of no confidence in Boris Johnson’s Government

Early/Mid-September: If Boris Johnson loses the confidence vote, Remainers could try to install a cross-party administration to delay Brexit past October 31

Early/Mid September: Alternatively if Mr Johnson loses a general election is triggered if no one can form an administration within 14 days.  But there are few rules on when he has to hold it

Early/Mid September: Or the Queen could step in and demand Mr Johnson resign, should he try to remain in No 10, sparking a potential constitutional crisis

October 31: Brexit day, when the UK is currently due to leave the EU

Pro-EU MPs are gearing up to cancel Parliament’s planned recess next month so they have more time to prevent the UK crashing out of the bloc.

With assistance from Speaker John Bercow, they could use the extra three weeks of sittings to put down motions seizing control of business in the Commons, and pass a law ordering Boris Johnson to beg Brussels to delay Brexit beyond the October 31 deadline.

The plan is being mulled alongside the ‘nuclear option’ of trying to defeat Mr Johnson in a confidence vote – which would require Tories to end their careers and risk a Jeremy Corbyn government.

Some Remainers also fear that would play into the PM’s hands by triggering an election and dissolving Parliament, meaning MPs lose control of the timetable.

Meanwhile, the Labour leadership is looking to exploit the Brexit turmoil to seize power.

The party has ruled out a unity government under a veteran MP like Margaret Beckett, in an apparent effort to back Conservative Remainers into a corner where they must choose between anointing Corbyn PM or No Deal.

Tensions have been rising amid alarm at the combative stance taken by Mr Johnson after he solemnly vowed to get the UK out of the EU by Halloween.