Boris Johnson warned that Jeremy Corbyn will ‘take the country back decades’ and fail to end the Brexit ‘chaos’ tonight as they crossed swords in the final election TV showdown.

In front of a primetime Friday night audience on BBC One, the PM urged the public to back his EU deal to ‘unlock the potential’ of the UK.

He said he had yet to hear what Mr Corbyn thought on Brexit – and the veteran left-winger was quickly forced to admit he would stay neutral in a second referendum he wants to hold.

Mr Corbyn insisted he was putting forward an ‘ambitious’ programme, as he desperately to turn the tide as polls continue to show the Tories ahead.

The clash – chaired by Nick Robinson – is already promising to be a brutal affair.

Ipsos MORI research earlier found Labour has been making up some ground over the past three weeks, with its support increasing four points. But the Conservatives still have a 12-point lead, which would be enough for a comfortable majority.

Mr Corbyn launched another frantic effort to bridge the gap earlier, staging another ‘reveal’ of a leaked document, which he claimed showed Mr Johnson’s Brexit deal would put up barriers between the mainland and Northern Ireland.

However, Mr Johnson flatly dismissed the claim, saying the UK would leave the EU ‘whole and entire’.

And he went on the attack by ridiculing the Labour leader’s extraordinary policy of calling a second referendum but refusing to say whether he wanted to leave the bloc. 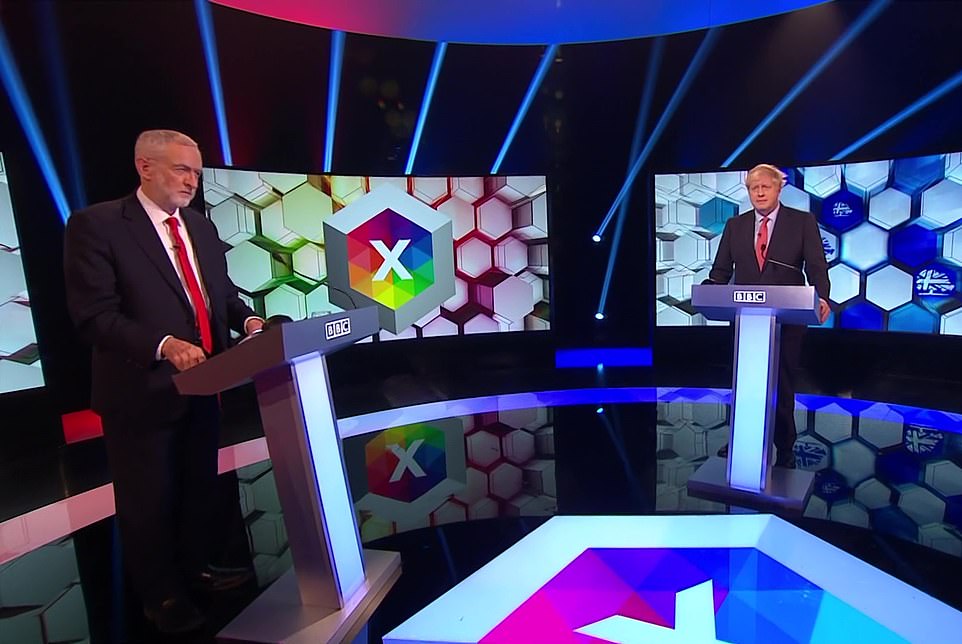 The PM and the Labour leader are facing off in the final head-to-head of the campaign, in front of a primetime Friday night audience on BBC One 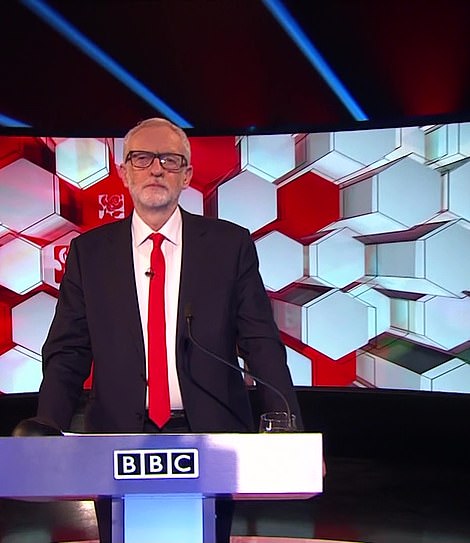 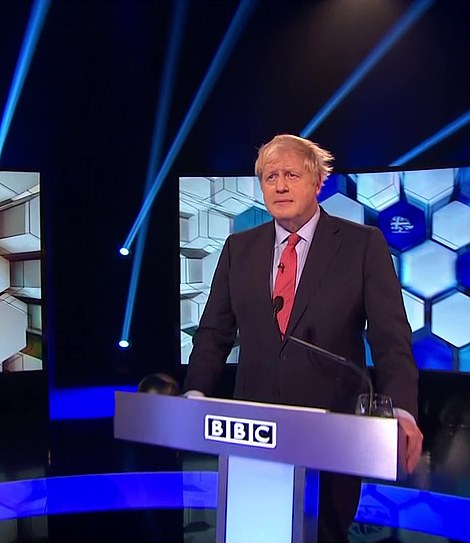 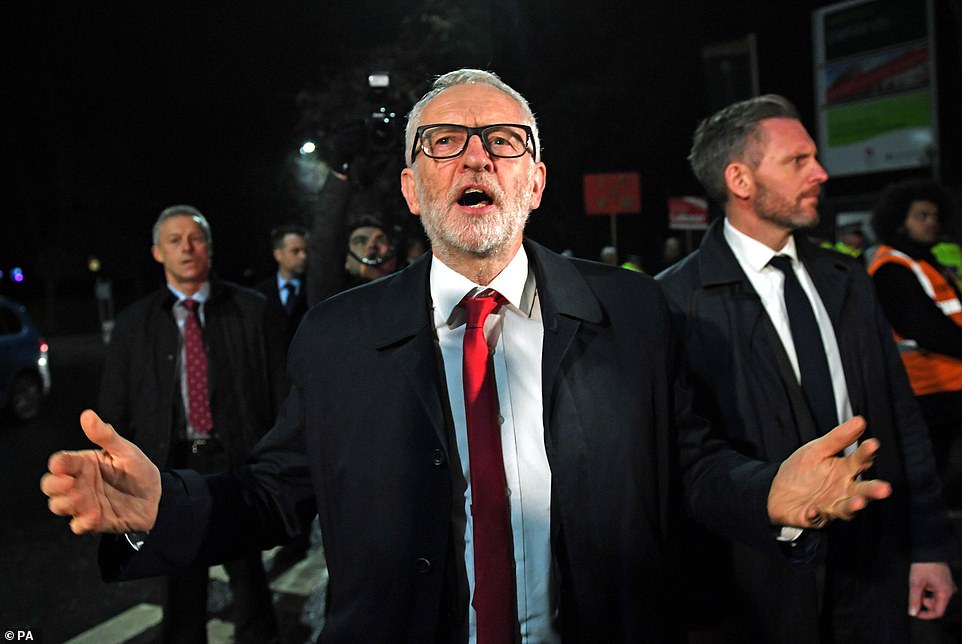 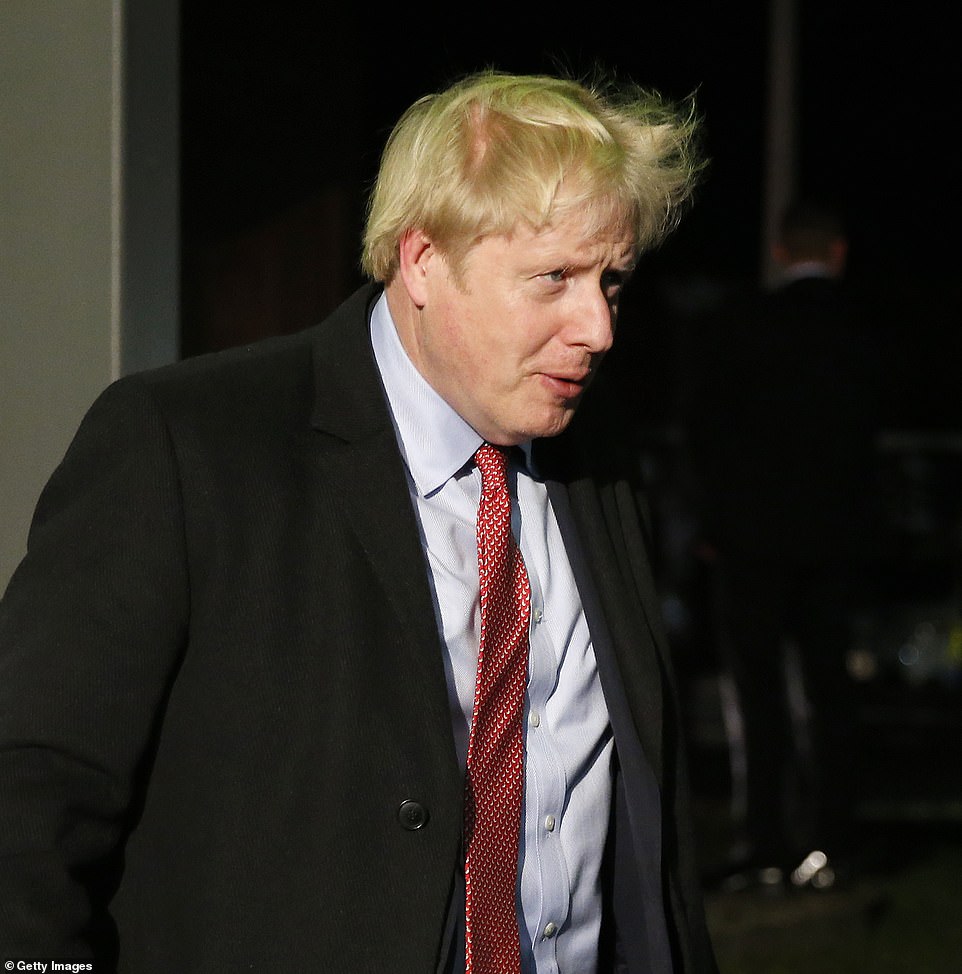 The leaders were seen as having battled effectively to a standstill in their previous ITV showdown, although the PM managed to hammer home his key message on Brexit.

The 100-strong audience in Maidstone tonight has been selected to include equal numbers of Conservative and Labour supporters, as well as a smattering of backers of other parties and undecideds.

There will be slightly more Leave voters than Remain in the audience, reflecting the result of the 2016 referendum. Some of the audience was too young to have voted three years ago.

They will ask questions and Robinson will also pose some that have been submitted online.

In a scathing video that has received millions of views online, Neil pointed out that all the other main party leaders had agreed to be quizzed, with Jeremy Corbyn suffering a disastrous mauling over Labour anti-Semitism and his manifesto spending splurge.

Staring straight down the camera, he said: ‘The Prime Minister of our nation will at times have to stand up to President Trump, President Putin, President Xi of China.

‘So we’re surely not expecting too much that he spend half an hour standing up to me.’

But a senior Tory source gave the strongest hint yet that Mr Johnson will snub the challenge, saying voters were fed up with programmes that were ‘all about the interviewer’ and involved ‘endless interruptions’.

Mr Johnson himself insisted he ‘couldn’t accommodate everybody’ – joking that he was also having to turn down a debate with ‘Lord Buckethead’.

‘As I say, I think most people would say, I think I’m the only Prime Minister to have done not one, but by tonight two head-to-head debates,’ he said on a visit to Kent.

Who is in the audience for the BBC debate?

The 100-strong audience in Maidstone tonight has been selected to include equal numbers of Conservative and Labour supporters, as well as a smattering of backers of other parties and undecideds.

There will be slightly more Leave voters than Remain in the audience, reflecting the result of the 2016 referendum. Some of the audience was too young to have voted three years ago.

They will ask questions and Robinson will also pose some that have been submitted online.

‘There’s a guy called Lord Buckethead who wants to have a head-to-head debate with me. Unfortunately I’m not able to fit him in. You know, we can’t do absolutely everything.’

As the campaign turned increasingly nasty, Channel 4 is embroiled in a bias row after wrongly captioning a video of Boris Johnson with subtitles referring to the race of immigrants.

Mr Johnson made a speech yesterday in which he said new immigration controls would ensure ‘people of talent’ still come to Britain.

But in the broadcaster’s subtitles of the speech, the phrase was changed to become ‘people of colour’, with the video then being shared widely online by people insisting the wrongly-reported comments were racist.

The channel today apologised for the mistake, saying: ‘Boris Johnson says ‘people of talent’ not ‘people of colour’. Our earlier tweet was a mistake. We misheard and we apologise.’

But senior Conservatives accused the channel of trying to smear the Prime Minister. Party chairman James Cleverly tweeted: ‘Boris has used the phrase ‘people of talent’ many times during this election campaign in relation to our points based immigration policy.’

There was a boost for the Tories today as a YouGov poll for the Times put the party up eight points in Scotland since August, at 28 per cent.

The Liberal Democrats were on 12 per cent.

According to projections by polling expert Sir John Curtice, this would see the number of SNP MPs increase from 35 to 46.

Writing in the Times, he said: ‘Most of the seats being defended by the Conservatives are highly marginal.

‘Consequently, even if the party retains all the support it won in 2017, it could still lose a significant number of seats if, as our poll suggests, support for the SNP increases.’

The analysis suggests the Conservatives would secure eight seats in Scotland, the Liberal Democrats four and Labour one. 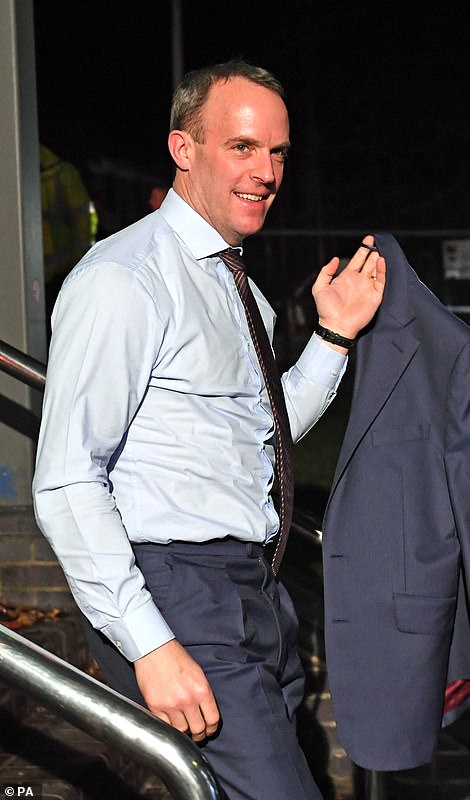 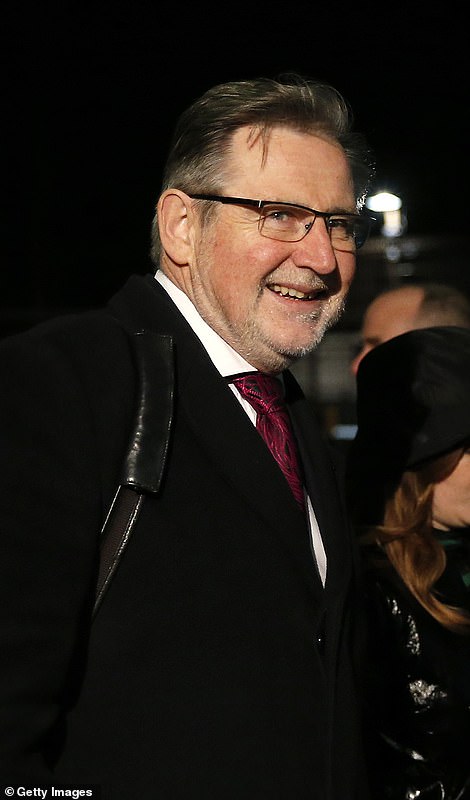 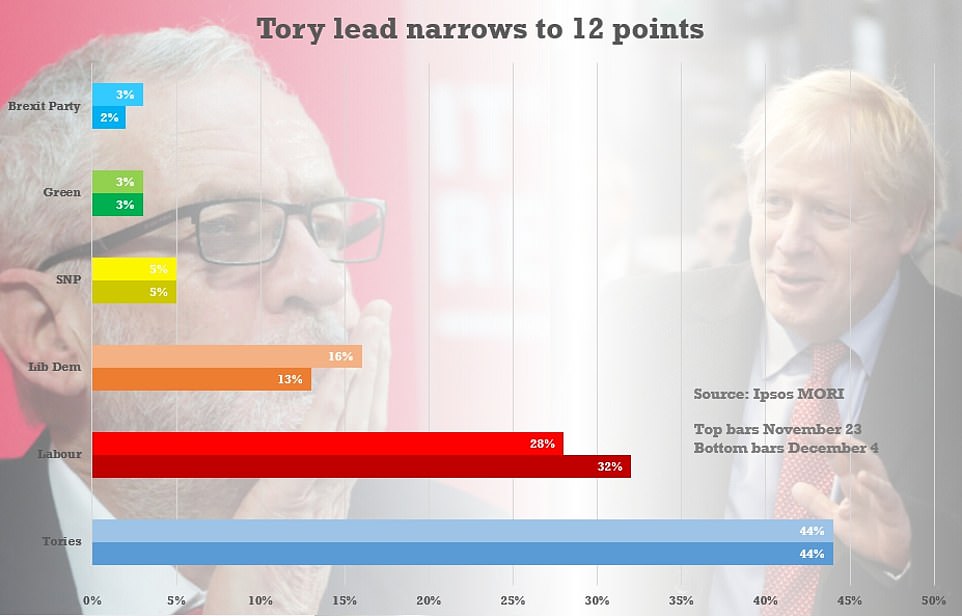