On the day the PM dramatically announced the UK and EU have agreed a new deal, Mr Johnson could be seen embracing various European leaders, smiling and sharing jokes at the crunch EU summit, in Brussels.

It is a far cry from the reception the PM received after a chaotic visit to Luxembourg last month, which left Prime Minister Xavier Bettel gesticulating at an empty podium when Mr Johnson cancelled a press conference after being jeered by protesters.

But in something of reversal of fortunes, the PM – clearly buoyed by his success today – could be seen embracing Mr Bettel and sharing a joke with the Prime Minister of Hungary Viktor Orban, and  Cyprus President Nicos Anastasiades.

Mr Bettel and Mr Johnson also warmly clasped hands as the British PM chatted prior to the start of the EU summit.

During the PM’s visit to Luxembourg he was booed and jeered as he walked the streets and ended up cancelling the press conference for later in the day. 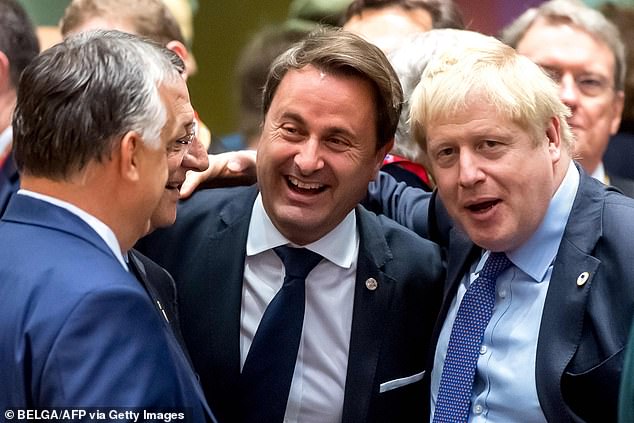 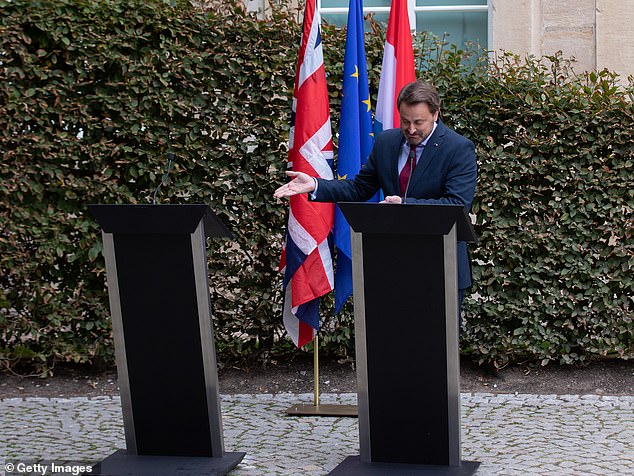 In an extraordinary insult, Luxembourg’s PM Xavier Bettel decided to continue the press conference without Mr Johnson in September – leaving an empty podium 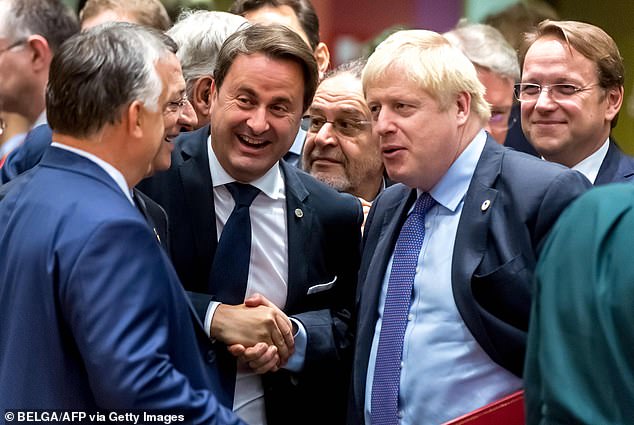 Xavier Bettel and and Boris Johnson shake hands, in a far cry from the awkwardness of Mr Johnson’s trip to Luxembourg just last month

The Luxembourg PM waved to the crowd and suggested that there had not been much progress in Brexit talks.

But negative sentiment towards Mr Johnson appears to have evaporated after managing to strike a deal today.

The PM could also be seen smiling while speaking with German Chancellor Angela Merkel and Irish PM Leo Vradkar.

It comes after a triumphant day for Mr Johnson who has managed to secure a deal no one previously thought possible.

But he has a further fight on his hands to get his new Brexit deal through the Commons as MPs prepare to sit on what has been dubbed ‘Super Saturday.’ 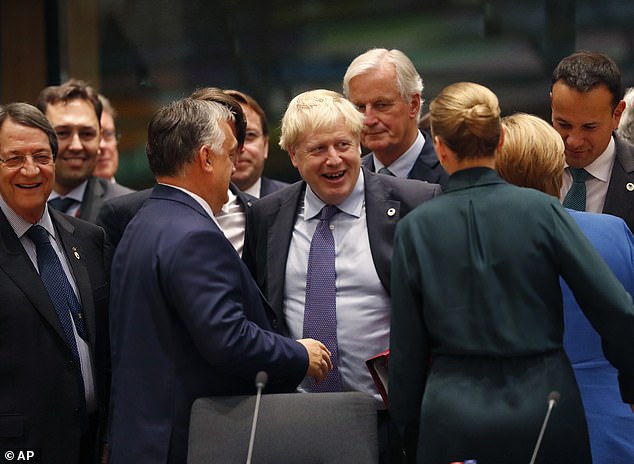 Mr Johnson would not be drawn on whether he believed he could persuade a majority of MPs to support the agreement as he told reporters this evening: ‘I don’t think there is any case for delay.’

He then suggested his view that there should be no further Brexit extension was ‘widely shared’ among other leaders.

The PM said: ‘My view has been very clear for some time. I don’t think delay is to the advantage of the UK or the whole of Europe. That is a view that seems to be quite widely shared.’

Mr Johnson will be hoping his European counterparts will do him a favour at the summit by declaring that MPs face a binary choice between his deal and No Deal on October 31.