Boris Johnson joked it was a ‘national scandal’ that he and Jeremy Hunt do not share helicopter rides after he was interrupted during a hustings event by the arrival of his leadership rival’s vehicle.

The Conservative Party’s leadership hustings at Carlisle Racecourse was briefly interrupted by the loud appearance of a helicopter as it landed in the middle of the racetrack, and again when it took off and the wind blew over the banner on the stage.

Mr Johnson was mistaken in thinking that the helicopter was the one he was travelling in, before Mr Hunt and his team were seen getting on board. 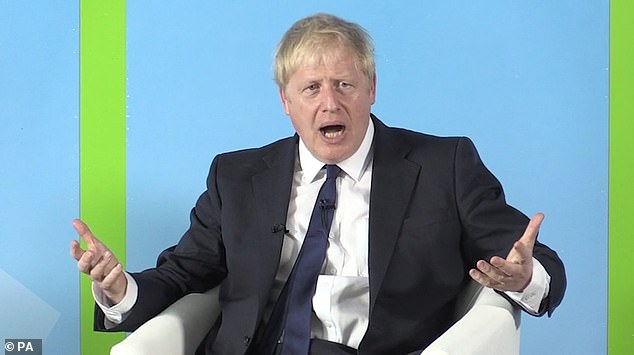 The helicopter’s arrival took place while Mr Johnson was responding to a question about the declaration of a climate change emergency – an issue he said was key to engage with to gain the support of younger voters.

As many of the approximately 130 Conservative Party members turned to watch the helicopter land, Mr Johnson said: ‘Whose chopper is that?

‘I’ve got a terrible feeling that it’s mine. 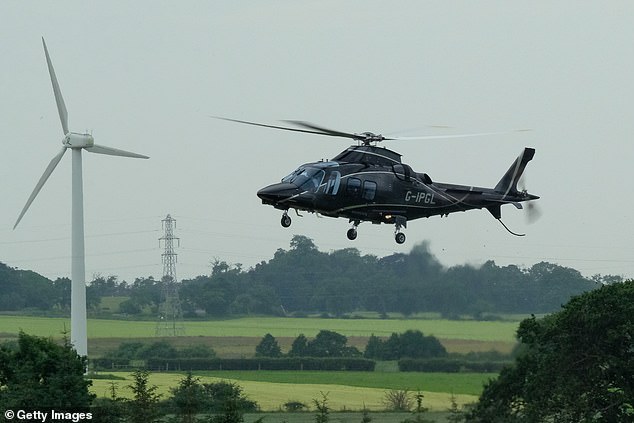 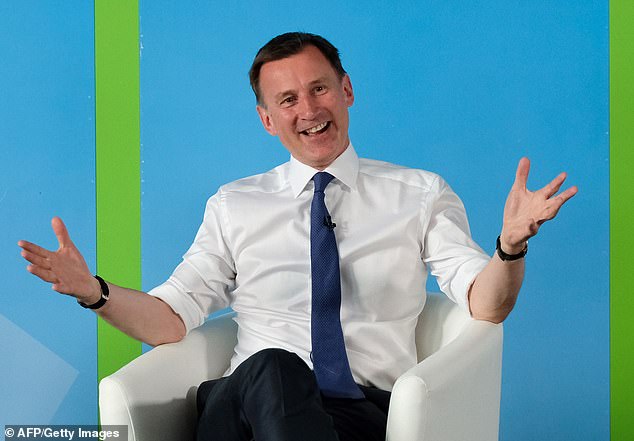 ‘We will make sure that we try and offset the global emissions by planting a shrubbery or whatever is necessary to do.’

When the helicopter took off, believed to be taking Mr Hunt to Saturday night’s hustings location of Manchester, the breeze blew over the banner on the stage, but it was stopped from hitting the leadership candidate by Iain Dale, the radio presenter hosting the event, who caught the falling backdrop.

‘That’s the backdraft from the chopper,’ Mr Johnson said.

Continuing his answer about building affordable homes for young people, he added: ‘At least they can know they have a firm foundation, firmer than the thing behind me.’