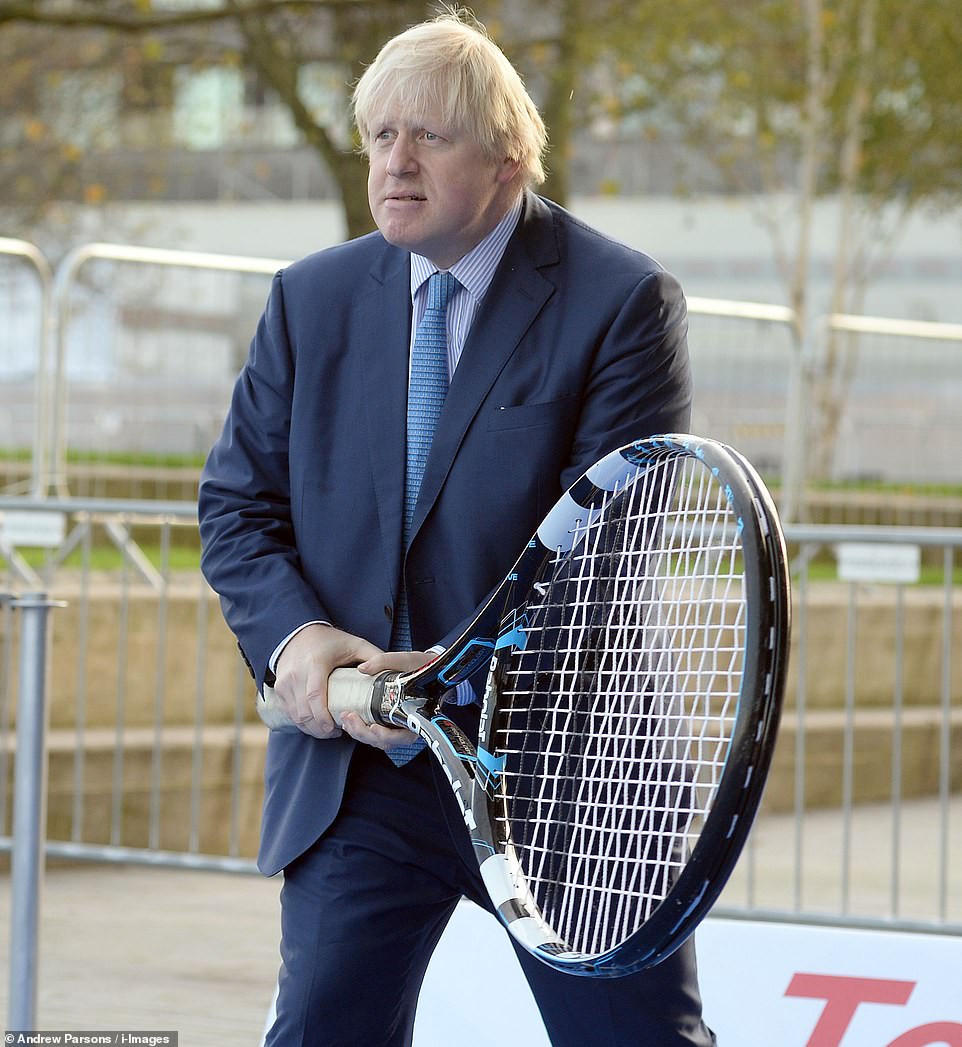 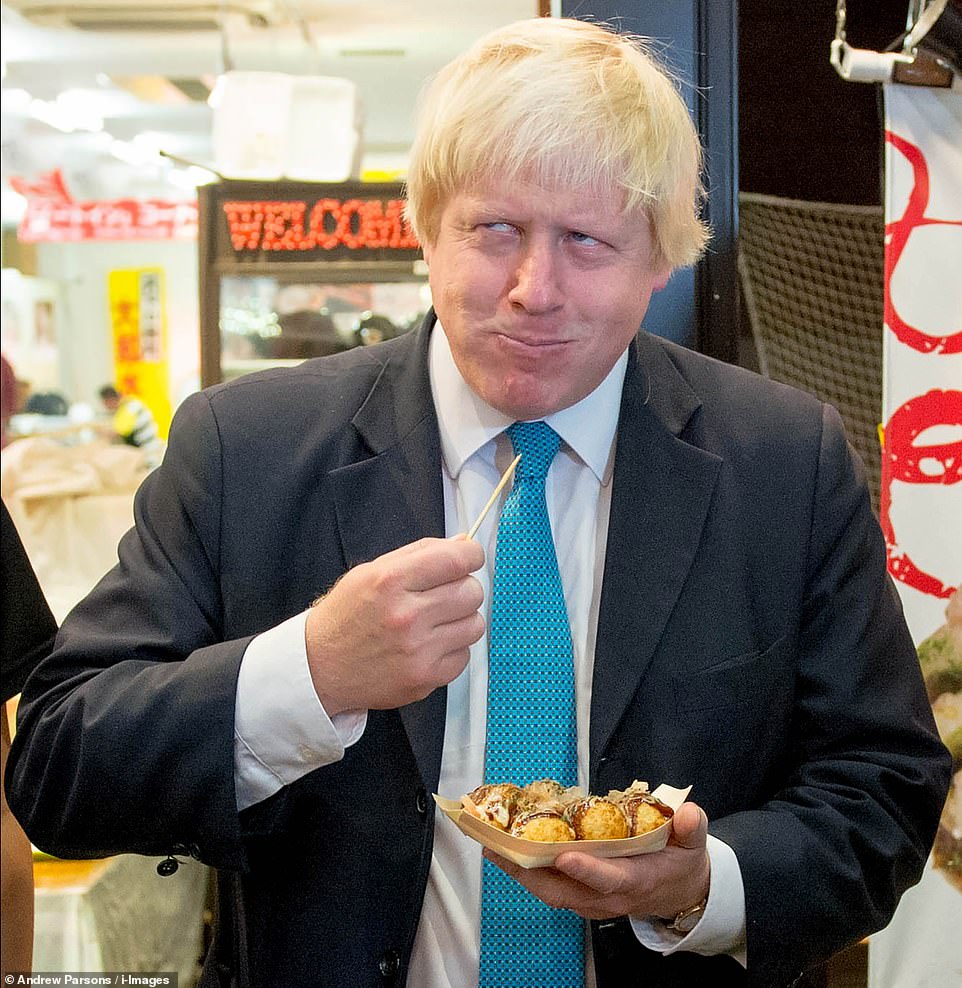 Lean cuisine? Mr Johnson pictured tucking into octopus balls during his mayoral visit to the Dotonbori district of Osaka, Japan, in 2015 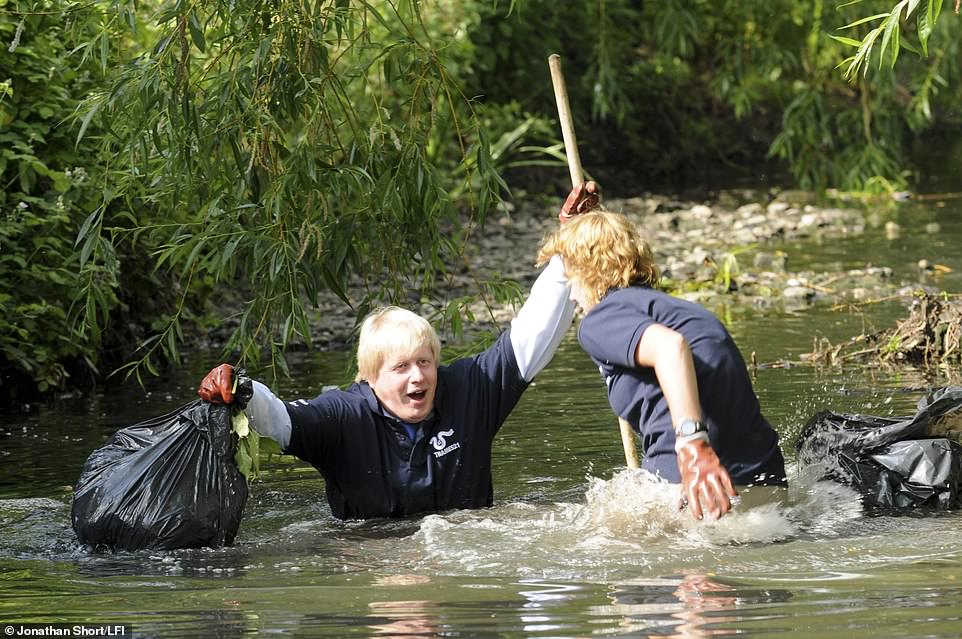 Not drowning, but waving: A tricky moment for London’s mayor while cleaning the river pool in Lewisham, south east London, in 2009 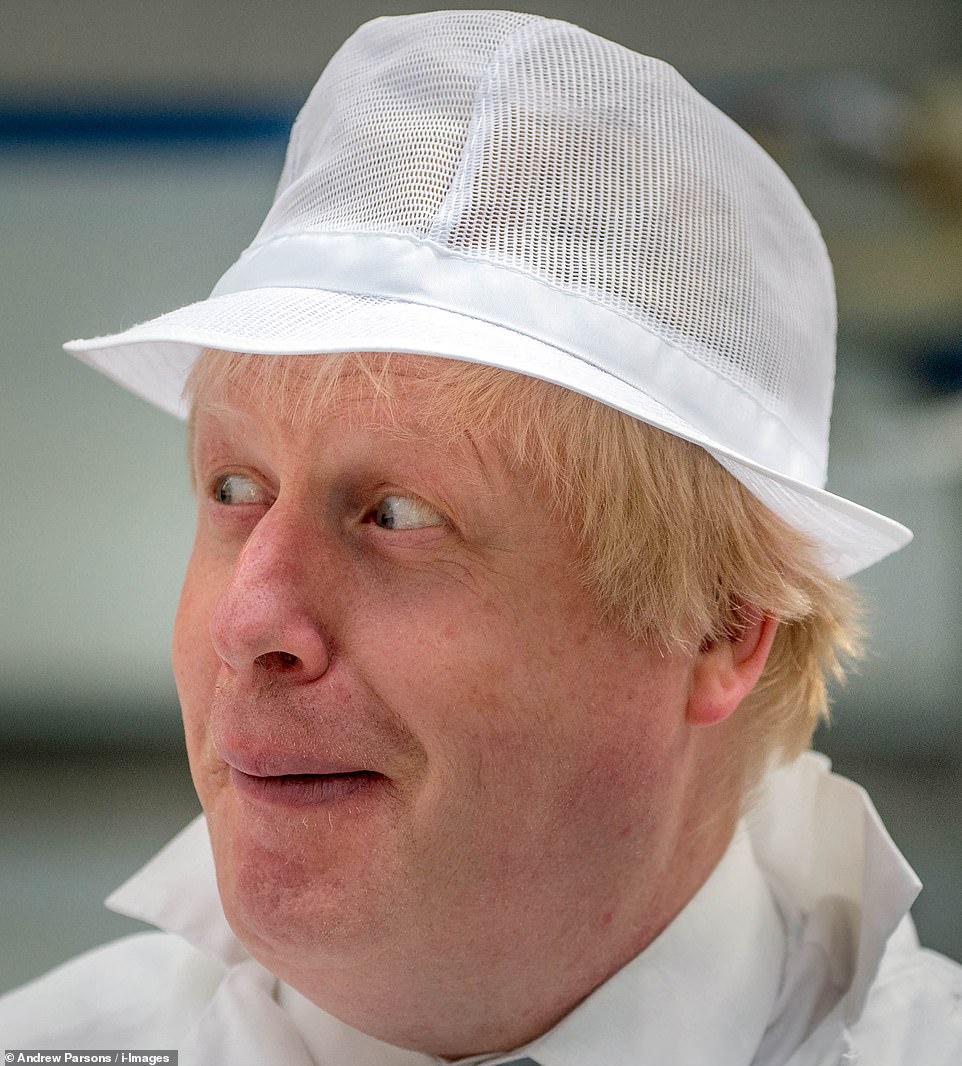 Mr Johnson pulls a face as he tours the DCS soap factory in Stratford-upon-Avon, Warwickshire, during the 2016 Vote Leave Campaign 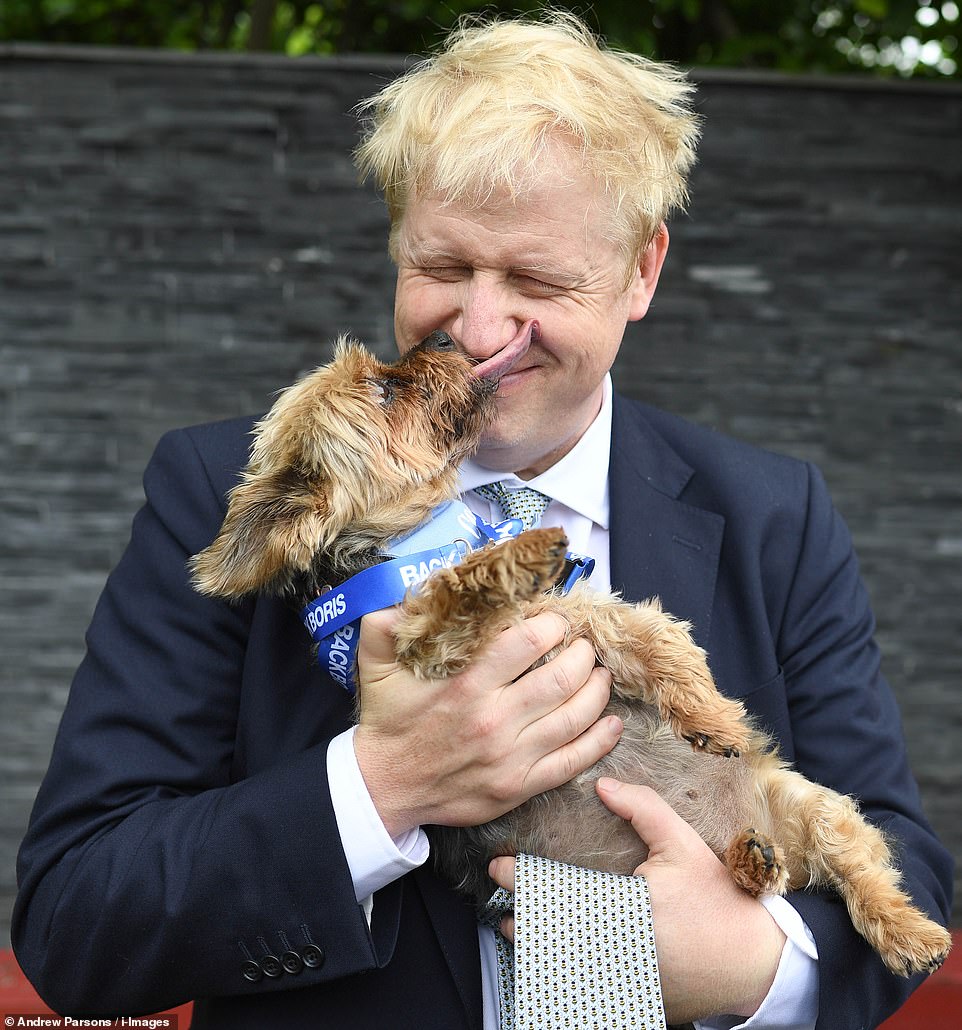 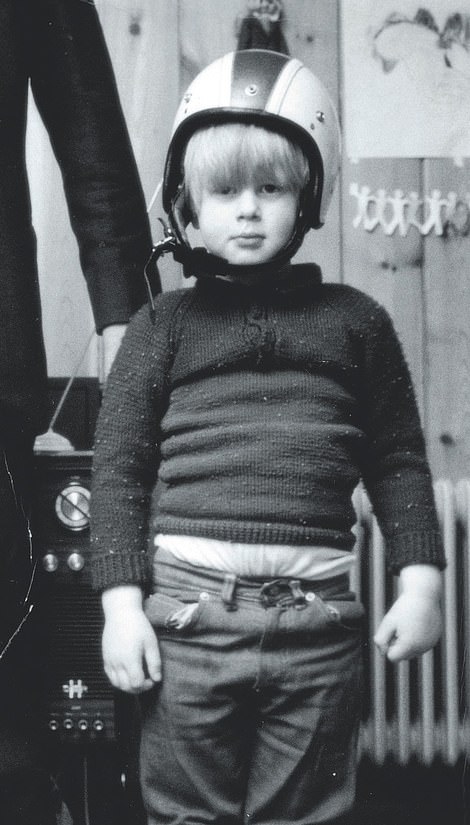 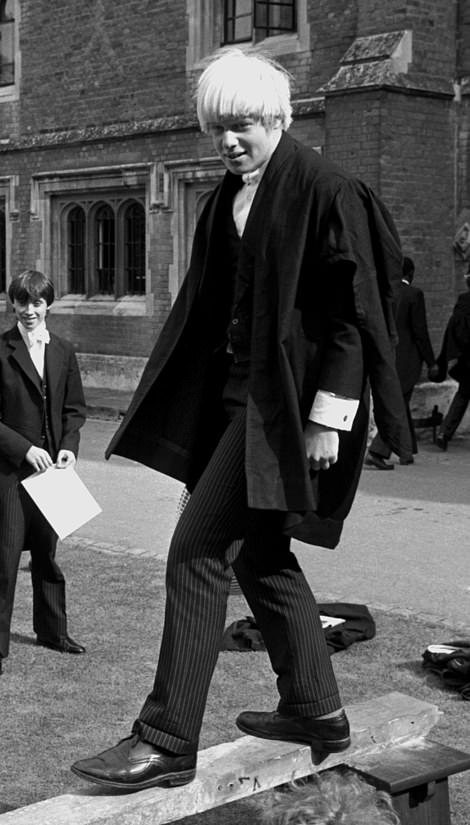 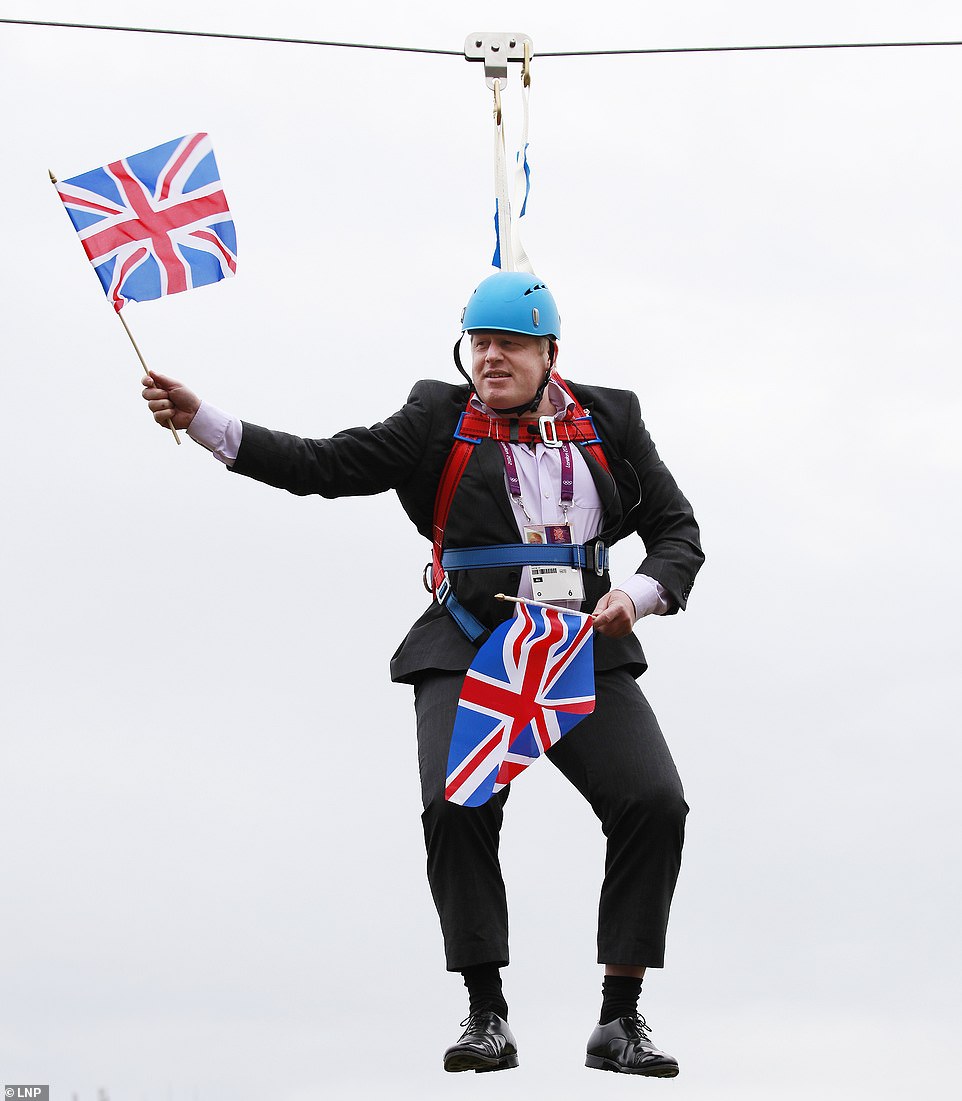 The Boris bounce: His unflagging zeal survived getting stuck on a zipwire celebrating Team GB’s success at the 2012 Olympics 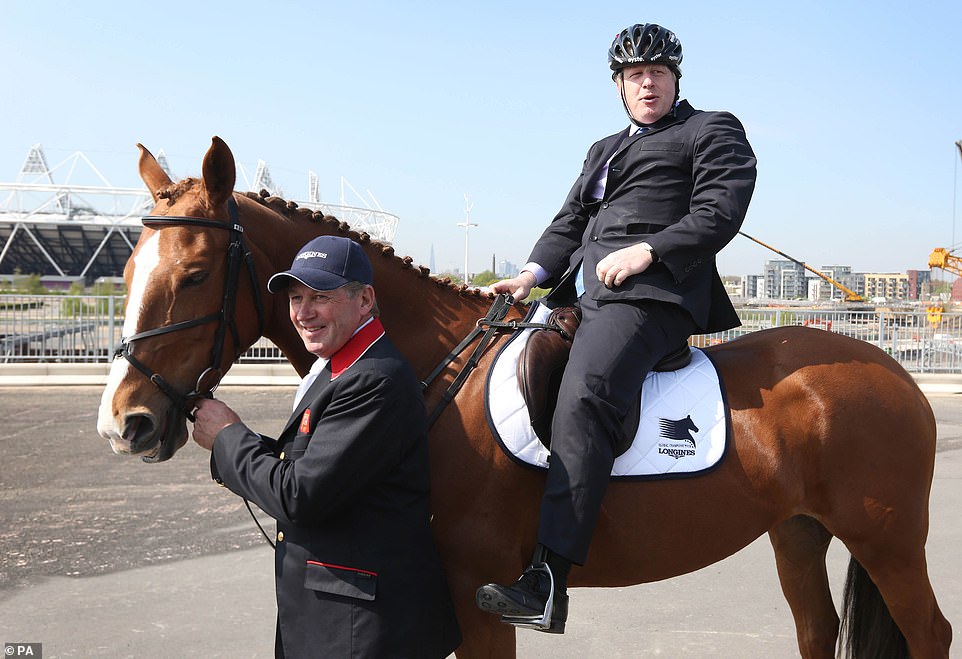 On his high horse: Showcasing a showjumping event in 2013. Olympic Gold medalist Nick Skelton and Major of London Johnson at the launch of the Longines Global Champions Tour 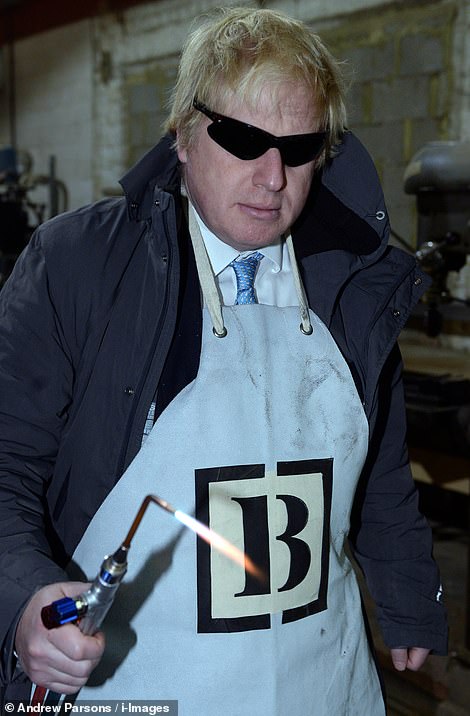 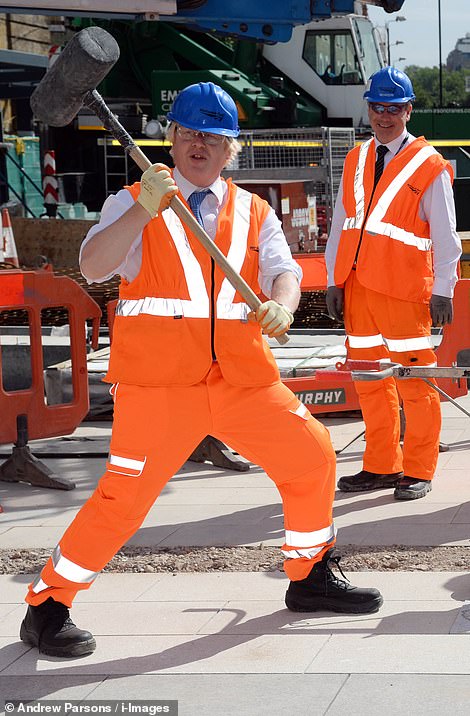 Joke-of-all-trades: Welding at a London bus depot in 2016 (left) and (right) wielding a mighty mallet at King’s Cross in 2013 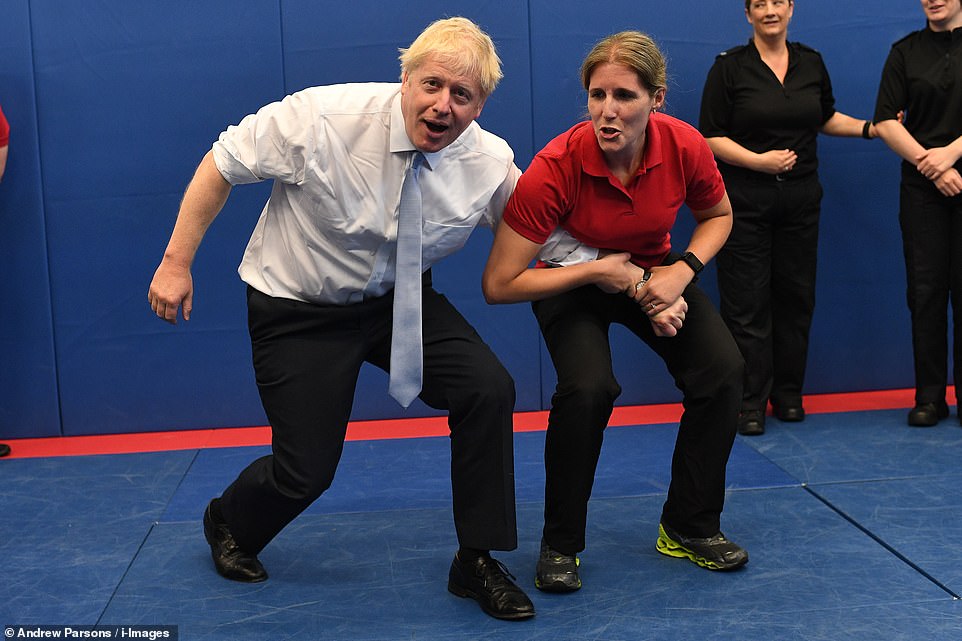 Come quietly, Mr Johnson: Hands-on experience at the Thames Valley Police Training Centre earlier this month as part of his bid to become the new leader of the Conservative Party 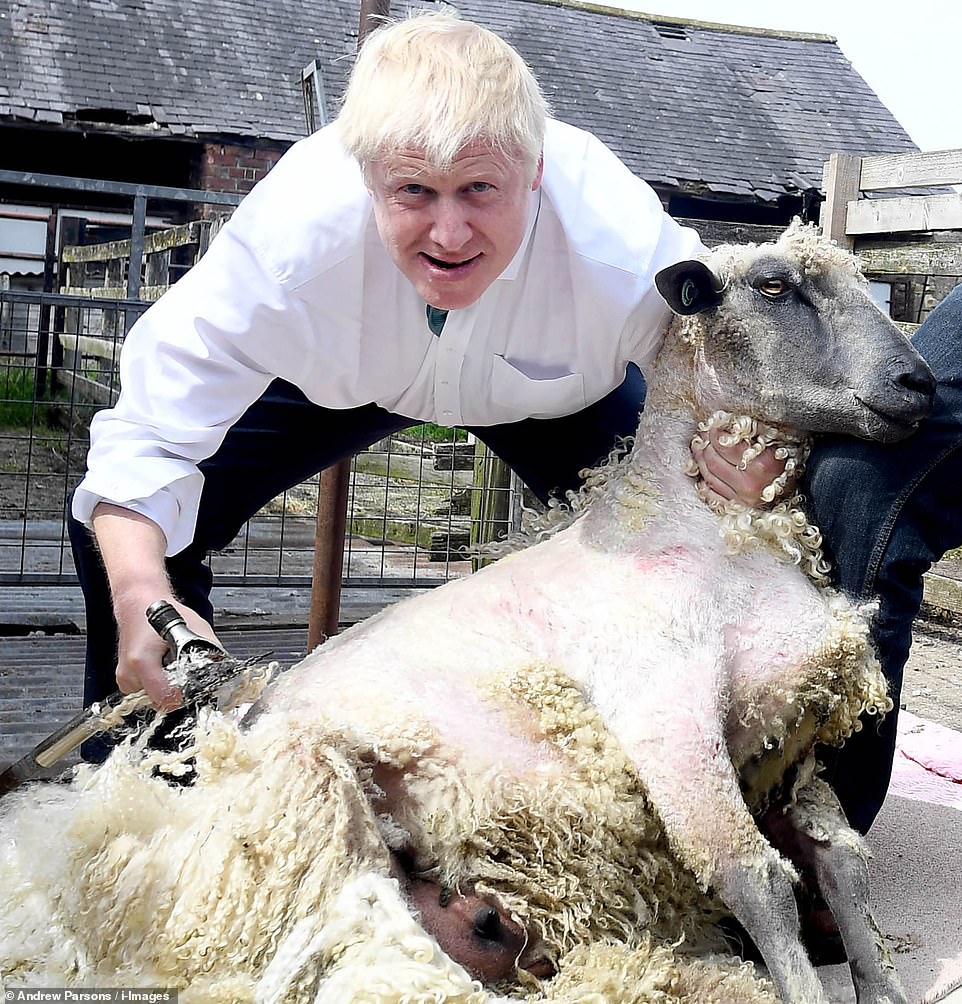 Man with a golden fleece: Boris poses while shearing on Ernie Sherwin’s farm in Yorkshire during the leadership campaign this month 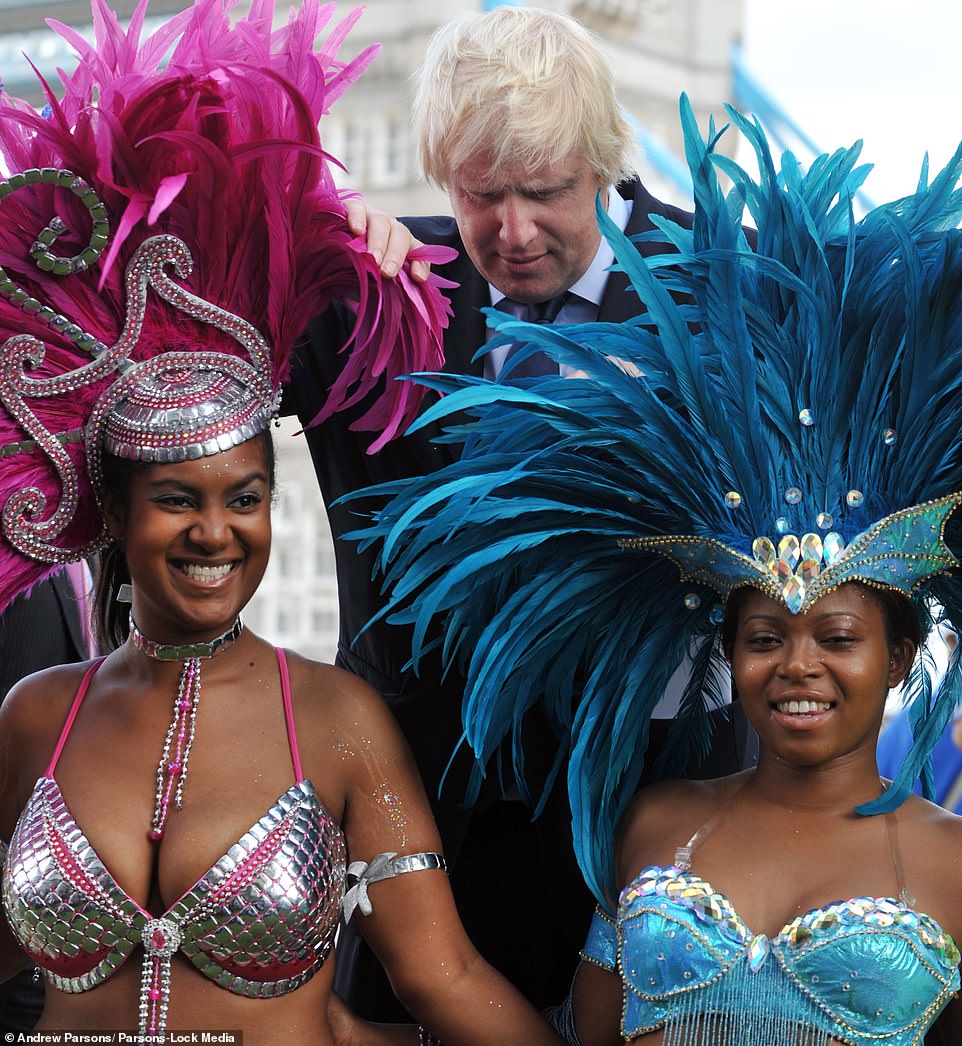 Hello girls: Mayor Johnson seems a little distracted by two dancers at a 2011 photocall to publicise the Notting Hill Carnival

Meghan lets slip her man troubles during talk with mens' mental health campaigner
Is Isabel May Archie's godmother?
Freedom at last! Rescue workers arrive to remove the final animals from Albanian 'zoo
Inside the 2018 Bal des Débutantes in Paris, where Forest Whitaker's daughter made her debut
Strictly adorable! Tonight's final hopefuls as twinkle-toed tots
JANUARY BLUES is the hottest hair trend of 2019
Surfers battle 45ft waves after Storm Ciara creates 'exceptional' weather conditions
Subsidies of up to £1billion given to firms for burning wood in power stations could be axed