BORIS Johnson is sending 100 troops to help flood-hit areas and giving a cash bail-out to affected councils and businesses.

The announcement came as Labour leader Jeremy Corbyn and Lib Dem chief Jo Swinson were accused of “weaponising” the crisis. 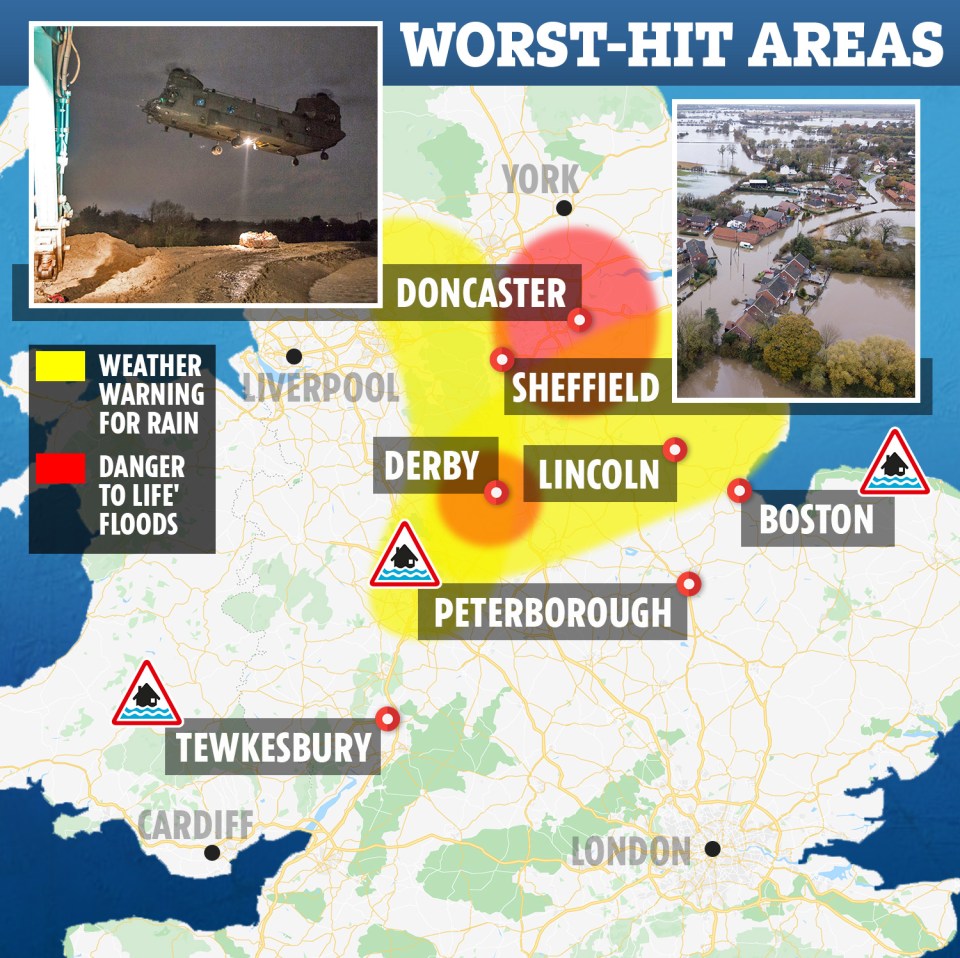 Soldiers from UK Standby Battalion, based in Catterick, will be deployed today.

Following a meeting of the Government’s Cobra committee, the PM added: “It is essential our communities have the support they need to recover.”

Councils will get emergency grants and business £2,500 handouts.

He said: “The Government’s response to the floods has been woeful.

“If this had happened in Surrey instead of Yorkshire and the East Midlands, I think it would have been a very different story.”

Ms Swinson followed in his footsteps by taking her election campaign to sodden South Yorkshire.

Former Tory leader Iain Duncan Smith said: “This is nothing but cheap political posturing. Using a natural disaster in this way is as low as it gets.”

One of the worst-hit villages is Fishlake, near Doncaster, where residents said they received a “severe warning” from the council on social media five hours after homes were flooded.

Meanwhile, a farm was cut off by floodwater in Barlings, Lincs, when a river burst its banks.

Last night families battling to clear up were warned that two weeks’ worth of rain will fall tomorrow.

Over 1,000 acres of Lincolnshire farmland is under water following the floods[/caption]