In response, Labour leader Mr Corbyn said on Twitter: ‘This is a once in a generation election. So it’s welcome that Boris Johnson has accepted our challenge of a head to head TV debate.’

The Prime Minister tweeted: ‘Looking forward to making the positive case to the country that we should #GetBrexitDone & deliver on the people’s priorities – #OurNHS, schools, tackling crime & the cost of living.’ 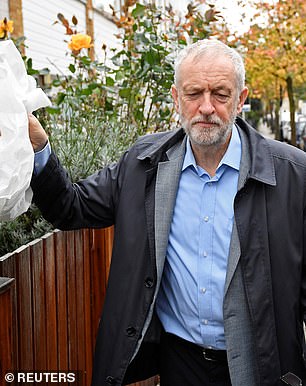 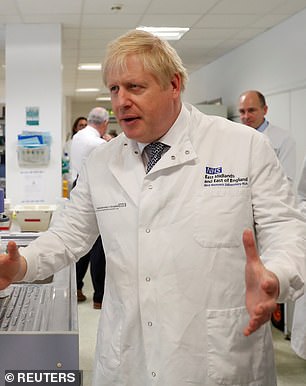 The debate will be moderated by ITV News At Ten presenter Julie Etchingham.

Later that same evening ITV will broadcast a live interview based programme in which other party leaders will be able to comment on the head-to-head debate and set out their own electoral offer.

ITV plans to hold another debate later in the campaign at which the Liberal Democrats, the SNP, the Brexit Party, the Greens, Plaid Cymru as well as Labour and the Conservative Party will all have the opportunity to be represented by their leader or another senior figure.

There will additionally be separate live prime time debates in Northern Ireland and Wales. STV plan to hold a debate in Scotland.

The BBC has not yet announced if it plans to host any election debates.

Both leaders welcomed the announcement on Twitter today, and set out their stall for what they would mention

Wreck of the Titanic's 'sister ship' the Britannic to divers for the first time
Donald Trump AGAIN claims Joe Biden is on 'drugs' saying 'that's what I hear'
Boeing design flaws at heart of Lion Air plane crash, Indonesian investigation finds
Londoners need to earn more than £300,000 a year to be classed as rich, research shows
Coronavirus doctor tells how staff must wear paper masks, plastic aprons and gloves
Netflix cut the controversial suicide scene from their teen drama 13 Reasons Why
The Queen says she is 'deeply saddened' by the 'devastating' bushfires in Australia
Deborah James: My most painful decision - should I die in my own home?