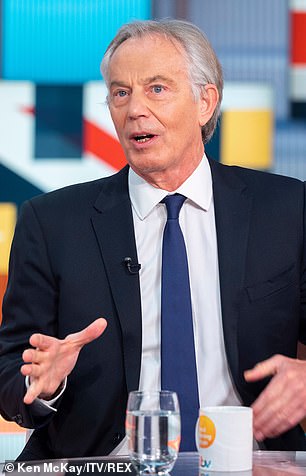 Boris Johnson would be a ‘formidable’ Tory leader who could inflict another election defeat on Labour, Tony Blair has warned.

Mr Blair, a long-standing critic of Mr Corbyn, said Labour would need to win over Tory voters who were ‘repelled’ by former Foreign Secretary Mr Johnson.

‘If you have a Boris Johnson-led Conservative Party, he’s a formidable campaigner, he’s an interesting personality, he can get out there and do his stuff, for sure,’ he said.

‘If we stand in a reasonable position, where you have many Conservative voters voters that will feel repelled by a Boris Johnson premiership, particularly after the part he’s played in Brexit, but you’ve got to be in a position where those people feel it’s safe to vote for you.

‘You suddenly offer them a revolutionary alternative from the left, what makes you think the people who voted Tory are suddenly going to go for that? It’s a bizarre analysis of their psyche.’

Mr Blair has frequently clashed with eventual successor Mr Corbyn, last month accusing him of ‘opportunism’ over his Brexit stance.

‘Unfortunately, we cannot rely on the Opposition because its leadership believes, whether for reasons of opportunism or covert opposition to the EU, that they must commit to doing Brexit but pretend that they would secure a better Brexit deal,’ he said. 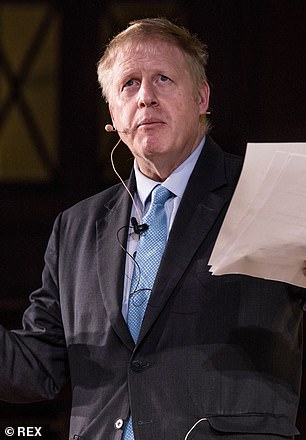 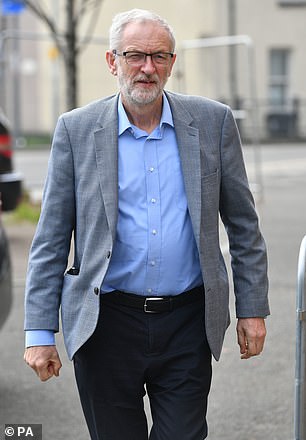 Boris Johnson (left) would be a ‘formidable’ Tory leader who could inflict another election defeat on Jeremy Corbyn (right) and Labour, Mr Blair has warned

Mr Corbyn, in turn, has frequently attacked the New Labour heavyweight over the invasion of Iraq in 2003.

Last month Mr Blair ruled out quitting Labour to join the rebel centrist breakaway but praised those who did quit for being ‘courageous’.

The former PM, who left office in 2007, warned that people might be increasingly attracted to their ideas if the two main parties remained ‘locked’ in their current ideologies. ‘

‘I’m staying in the Labour Party. I have been in the Labour party for over 40 years, I led it for 13 years, I was the longest serving Labour prime minister,’ he said.

‘I’m deeply attached to the Labour Party but do I sympathise with what they have done? Yes I do and I think they are courageous in having done it.’

Mr Blair has also been a strong proponent of a second referendum or ‘People’s Vote’ as a way out of the Brexit deadlock.