THERE is no escaping the fact that Boris Johnson’s virus message yesterday sounded very pessimistic.

Talking about Covid-19, as a “dangerous” disease, and “the worst health crisis in a generation” that would see people’s loved ones die can be seen as nothing else.

But despite the alarmist tone the measures that he and his medical colleagues announced were reasonable and sensible.

If you look at what is happening in Italy — and we could be just a month or so away from their situation — it is clear the number of those infected will surge. The virus is on the rampage over there.

So the Government’s message throughout was about delaying the peak of infection over here and then flattening that peak so it will happen over a long time.

It’s all based on mathematical modelling that says the number of cases will rise to a peak, then start to fall. It will happen because people will get immune and fewer will be available to be affected.

The assumption is if you get this once, you won’t get it again. It’s a reasonable assumption because that is what happened with other viruses, such as measles. Of course we don’t know that for sure because this is a new virus and we have only been studying it since January.

The seven-day isolation period makes sense. If you have fallen ill you will have had the disease for around five days before the symptoms begin to show.

If you self-isolate for a further seven days, by then you are no longer infectious, assuming you have got better.

If you get worse — shortness of breath and so on — seek medical advice, then someone will make a judgment.

Understandably people perhaps expected some radical measures from the Government yesterday that went further than they did. In the morning the Irish said they were going into lockdown, closing schools and colleges. Denmark has taken similar steps. And Italy has become a ghost nation.

But we are not following them and I think that is right. Radical measures wouldn’t delay the virus.

We are not following other countries’ stricter controls — yet anyway — because we don’t think it would have a significant effect. It would create more harm to society.

Children are not seriously affected. We close schools sometimes during flu outbreaks but the Government thinks kids who were not at school would end up with grandparents — roped in to help with childcare — and end up giving it to them. That would be a disaster.

The older you are, the greater the risk. Anyone over 60 has a reasonable chance of getting severe pneumonia. For the over-70s it gets higher and for over-80s even higher. As for football matches and other big sporting events and gatherings, before yesterday’s announcement many people expected they would all be scrapped or played in front of empty stands — but again, the Government is right on this.

The biggest risk of all is to healthcare workers who are obviously in very close proximity to patients. The health service needs to grapple with that to look after healthcare.

Which brings us back to the peak strategy. The whole point of flattening the peak is it will put less pressure on the NHS.

most read in opinion

Harry & Meghan's last tour went so well they must think 'why are we giving up?'

It will mean the peak is smaller — and yes, it will drag on longer and you may have the same number of cases — but intensive care units will be able to cope.

Because we will need these units for the most vulnerable.

Protecting the capabilities of the NHS, which is what these measures will do, is the right prescription. 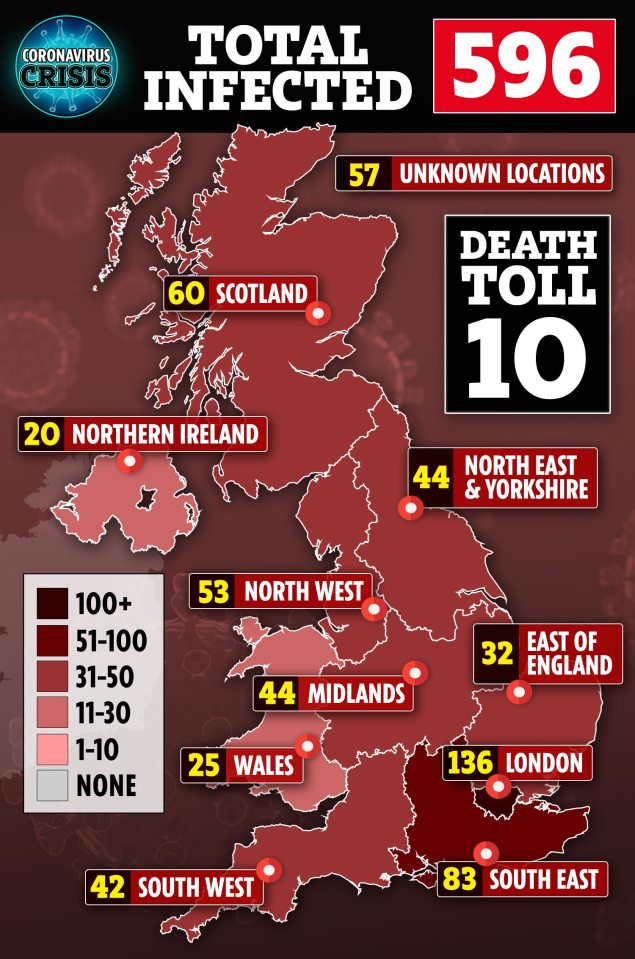