A teenage boy was hit by an ambulance and left with serious head injuries yesterday evening.

The 15-year-old was struck by the emergency vehicle on Lichfield Road in Walsall, West Midlands.

Reports on social media claimed the youngster had been airlifted to hospital after the collision. 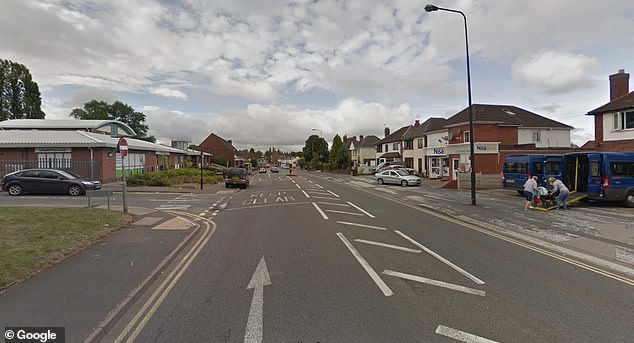 Crash scene: A 15-year-old boy was struck and injured by an ambulance on Lichfield Road (general view) in Walsall, West Midlands, early on Monday evening

The busy road was closed for more than three hours while further emergency services responded, according to Birmingham Live.

Staff from the Midlands Air Ambulance were said to be among the first responders to the accident.

Police were called to the collision at around 5.30pm on Monday, according to reports.

The boy’s current condition is unknown.