A brain surgeon’s ‘fit and healthy’ Cambridge graduate son died of sudden heart failure in the pool at his family home during an underwater swimming competition on his brother’s 21st birthday party, an inquest heard today.

Accomplished athlete Dominic Hamlyn, 24, had swum two lengths underwater before friends saw he was unresponsive and pulled him out of the water. He died in hospital 15 hours later.

The talented student was the son of neurosurgeon Peter Hamlyn, who saved the life of champion boxer Michael Watson when he was injured during a world title fight with Chris Eubank in 1991. 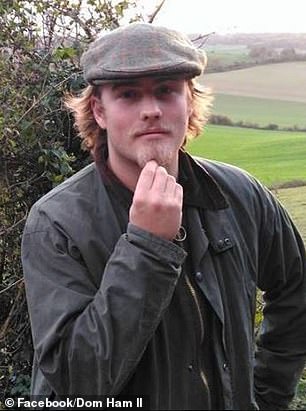 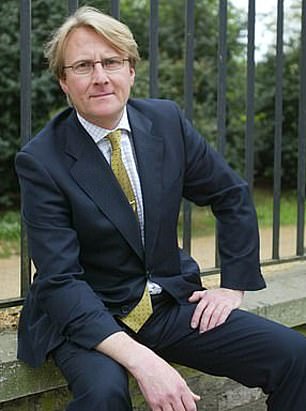 Accomplished athlete Dominic Hamlyn, 24, (left, the son of brain surgeon Peter Hamlyn, right) had swum two lengths underwater before friends saw he was unresponsive and pulled him out of the water. He died in hospital 15 hours later

After an inquest today at Archbishop’s Palace in Maidstone, Kent, assistant coroner Scott Matthewson concluded that the promising scholar suffered a heart attack and may have been the victim of the rare condition sudden adult death syndrome.

The court heard Dominic had given a toast at an organised fireworks at a ‘well behaved’ birthday party for his youngest brother with about 40 guests on a warm night on July 27 last year.

The athlete, who had trained to start competitively rowing, then embarked on an underwater swimming competition with one of his brother’s friends during the early hours.

But he was pulled from the water seconds after friends saw two big gasps come from his unresponsive body.

Friends and his father performed CPR as paramedics scrambled to the family’s farmhouse in Crundale, near Ashford in Kent, during the early hours.

Dominic had a weak pulse, and he was taken to William Harvey Hospital in Kent where he died 15 hours later.

His father said in written evidence read out today: ‘We were having a party to celebrate my youngest son Benedict’s birthday. My sons gave speeches after we sat down to dinner. Dominic included.’

After dinner, Dominic set off fireworks as the party moved to the families back lawn.

He then decided to go swimming with a Dutch friend of his brother named Tomas Ter-Reehorst.

Mr Hamlyn said: ‘Dominic had certainly been drinking but he was not incapable. It was a very well behaved party and I’m not aware of any drugs being involved. Dominic had stayed sober until the speeches. 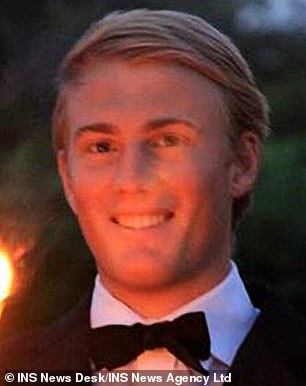 ‘Dominic tackled Tomas into the water, and after it quietened down they discussed how far they could swim under water.

‘Dominic had a party trick. He could swim lengths of our pool underwater. He explained if you took deep breaths and swam steadily you could go further than you think.

‘Tomas said he went for one and a half lengths and had to come up. Dominic went on. He was chatting to his girlfriend Alicia who had got out of the hot tub and was planning to challenge Dominic to another competition.

‘They saw he was unresponsive under the water so she dropped into pull him out. I’m advised it was within seconds rather than minutes.’

Mr Hamlyn said ‘hysterical’ guests came to fetch him – but he was initially calm and thought nothing serious had happened.

Meanwhile, a medical student had begun CPR on his son’s unresponsive body before Mr Hamlyn took over.

‘When I got there I realised it was very serious,’ he said. ‘He was completely unresponsive. I turned him over to get the water out his lungs and carried on the CPR.

‘He wasn’t even coughing. He was just floppy. I was determined, I was just thinking that once the paramedics got here and it would be ok.’

The father added: ‘He was a fit and healthy young man. He was built like his uncles, big and stocky.

‘He was a dedicated athlete. He had no underlying medical conditions and was in a good place mentally.

‘He was training very hard to transition from playing rugby to row competitively.’

Dominic played cricket and rugby as well as being a keen rower.

Speaking at the inquest, Mr Hamlyn said he and his wife of 25 years Geraldine Shepherd were ‘blessed’ by having ‘three extraordinary’ sons.

‘Dominic was doing nothing unusual for himself or indeed for anyone.

‘It was a routine thing we had seen him do since he was a child. He usually went for four or five lengths.’ 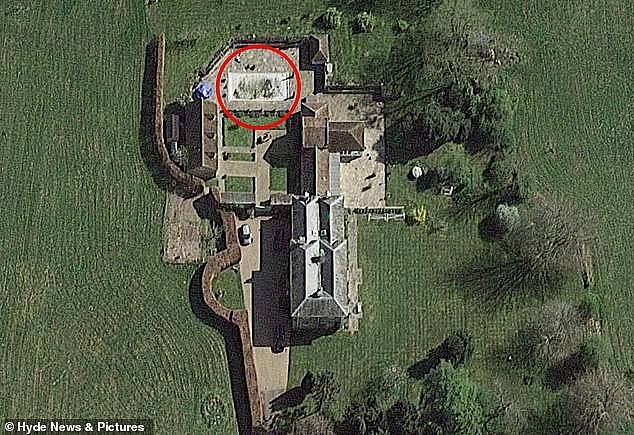 Experts had initially disagreed over the cause of accomplished scholar and athlete’s death.

Dr Olaf Biedrzycki, a pathologist asked to give an overall opinion on the cause of death, suggested ‘shallow water blackout’ was a contributing factor, leading to Dominic inhaling a significant quantity of water that caused multi organ failure.

Others, such as Dominic’s father and professor of cardiology Dr Perry Elliot of UCL, who the family asked for a second opinion, suggested that there was a primary cardiac condition that sparked an event similar to what professional footballer Fabrice Muamba suffered during a Bolton match in 2012.

Mr Hamlyn suggested Dominic suffered a heart attack and may have been a victim of sudden death syndrome.

Dr Biedrzycki said that if Dominic had pushed himself further than usual there was a chance he could have caused himself to blackout underwater.

Sads: The invisible killer that claims 500 lives a year in Britain

Sudden adult death syndrome (Sads) is caused by a ‘ventricular arrhythmia’, a disturbance in the heart’s rhythm.

It can strike at any age and can even affect those who are fit and athletic.

Sometimes there are no warning signs, but in other cases victims can experience dizziness or fainting spells. It is often triggered by physical or emotional stress.

Around one in four cases is thought to be caused by a set of conditions called ion channelopathies.

These affect the electrical functioning of the heart without affecting its structure, meaning they can only be detected in life rather than after death.

The prevalence of Sads is not fully known as many sudden deaths are put down to accidents, but research suggests it claims around 500 lives a year in Britain.

It was first noted in 1977 among Hmong refugees in the US. It was then reported again in Singapore when medics looked through records which showed 230 healthy Thai men died suddenly between 1982 and 1990.

But he said on the balance of probability there was a chance that Dominic suffered sudden adult death syndrome.

The expert said such a syndrome has only happened once in the 10,000 post-mortems he has carried out.

He told the inquest: ‘The bottom line is you have the choice of shallow water blackout, which is likely if someone is doing something new or beyond what they have done before. Neither of those are the case here.

‘The cardiac condition is an unpredictable event. It can happen randomly and spontaneously.’

Dominic’s mother cried as the conclusion of her son’s death was read out to the inquest.

Assistant Coroner Mr Matthewson said: ‘Dominic was the eldest child of his parents and oldest of his two brothers Gabriel and Benedict.

‘They have an extremely close and happy family environment. The world was at his feet. There was nothing more that could have been done for Dominic.

‘The only real issue relates to the medical cause of death. Did he suffer a primary cardiac event mid swim – sudden athlete syndrome that caused him to stop swimming – or did he drown.

‘The alternative matter is that he was the victim of shallow water blackout.

‘Nobody will ever be able to say with certainty what the medical cause was but I accept all the evidence put to me. The medical cause of death was acute cardiac arrhythmia – sudden adult death syndrome.’

A post-mortem previously revealed the cause of death as multiple organ failure, with acute respiratory distress syndrome and drowning named as contributing factors.

After studying at The King’s School, Dominic went on to University College London, graduating with a first-class degree in science and engineering in 2017.

The accomplished student then studied for a Master of Philosophy at Cambridge’s Judge Business School.

Outside of his studies, Dominic helped found an online retail business and was a talented rugby player.

He represented UCL’s 1st XV and was elected as the university’s sports officer in his final year.

The family did not want to speak after the inquest but are expected to release a statement through their solicitors.