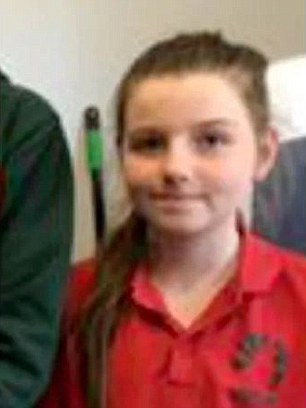 A 12-year-old girl who was mauled by a shark has shown incredible strength by giving emergency workers a smile and thumbs up after the attack.

Melbourne schoolgirl Hannah Papps, 12, was savaged by a shark near Whitsunday Island in Queensland on Thursday and had to be airlifted to the Mackay Base Hospital.

The attack came just 24 hours after Tasmanian tourist Justine Barwick was attacked by a shark nearby.

The shark tore a large piece of flesh from Hannah’s upper thigh, and she is still in a critical condition after being airlifted from the beach by CQ CareFlight paramedics.

Her rescuers told the Herald Sun about the moment they loaded her into the air craft and she gave them a smile and a thumbs up.

RACQ Central Queensland helicopter crewman Ben McCauley said it was always difficult for everyone when the victim of an incident was a child but she showed strength beyond her years. 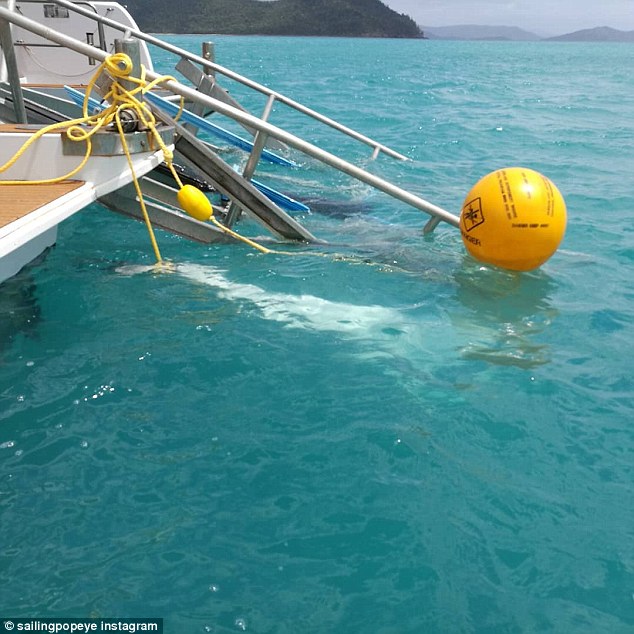 Baited drum lines are typically installed near popular beaches or in the area of a viscous shark attack. 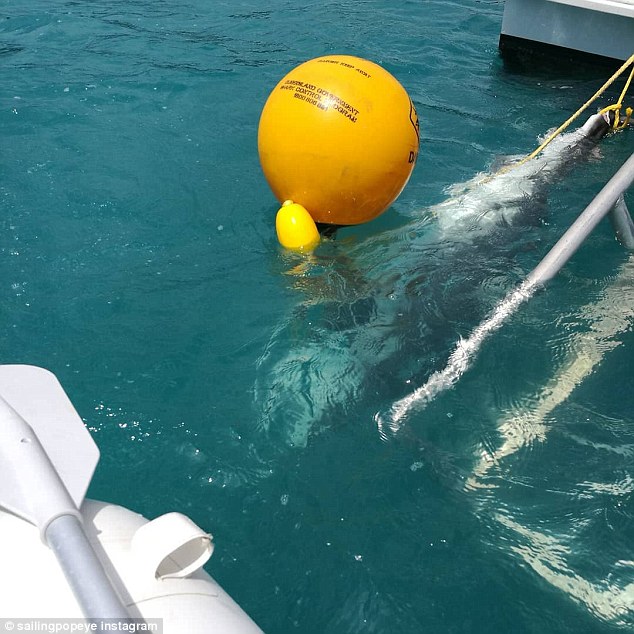 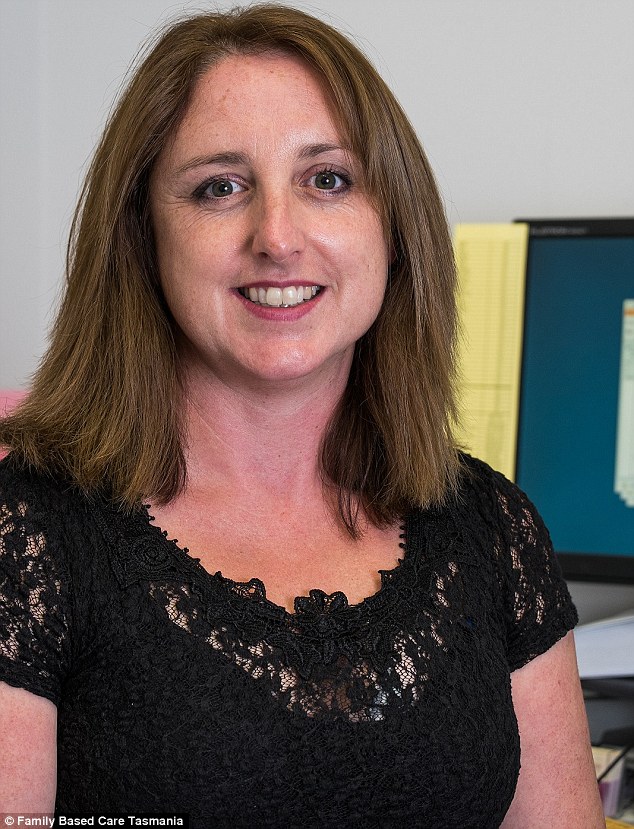 The second attack came just 24 hours after a Tasmanian woman Justine Barwick (pictured) had been attacked by a shark nearby.

‘I’d describe them as strong willed, they wanted to survive. You could see that they wanted to live. They were doing everything they can to stay with us, to keep alert, answering our question,’ he said.

Hannah’s family released a statement praising the efforts of everyone involved in the recuse mission, The Australian reported.

‘We would like to thank everyone who has helped and cared for Hannah, including the police, emergency services and the hospital teams,’ they said.

‘We ask that everyone, including the media, please respect our family’s privacy during this very difficult time so we can focus our energies on Hannah’s recovery.’ 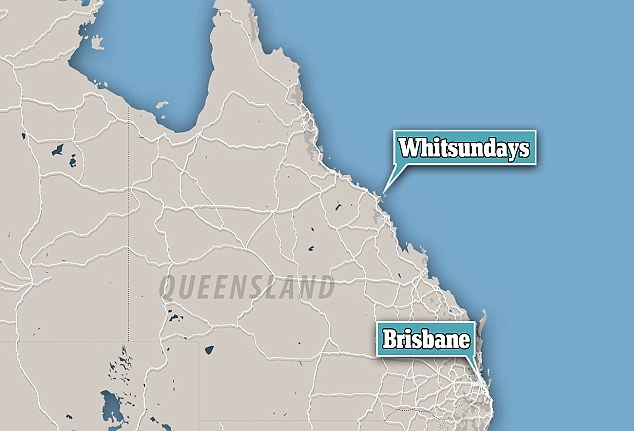 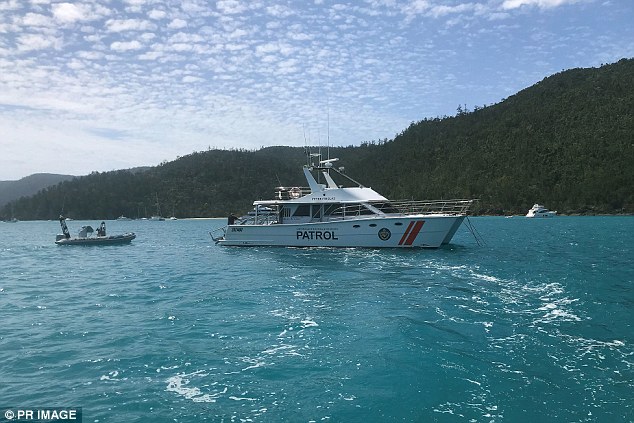 The state government issued a catch and kill order in Cid Bay, the location of the attacks 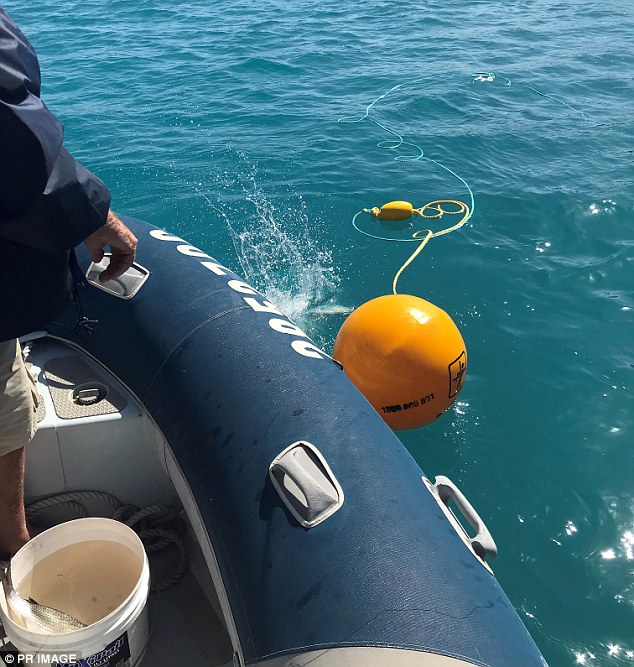 They said Hannah was in a critical but stable condition in the Mackay Base hospital.

Less than 24 hours before Hannah was attacked Justine Barwick was attacked near a yacht that was moored in the bay.

The 46-year-old Tasmanian woman was swimming near her yacht near Sawmill Bay in Queensland when she was attacked by the shark.

A group of passers-by found the woman with life-threatening bites to her upper right leg on Wednesday night.

She was helped onto a rescue vessel before being airlifted by helicopter to Mackay Base Hospital. 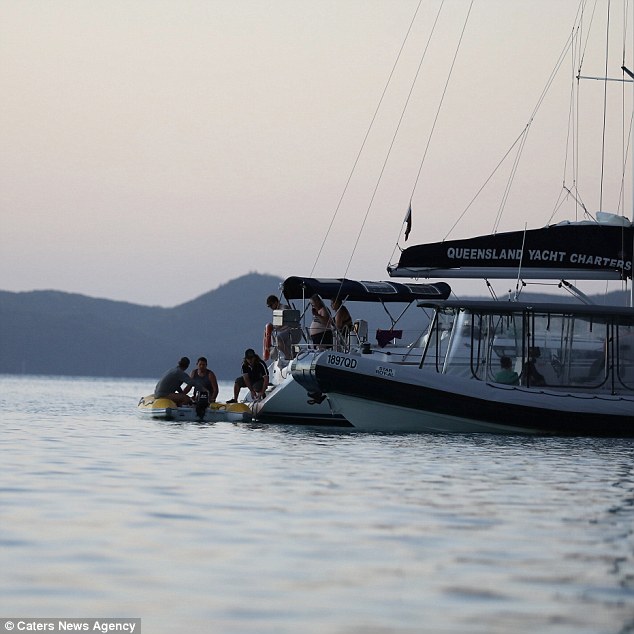 The moment before Justine Barwick, who is in the dinghy, is rescued and rushed to hospital

The state government issued a catch and kill order in Cid Bay, the location of the attacks.

Baited drum lines were also put in the water and a sea and water patrol was established.

Since then two sharks have been caught and killed in Cid Bay., both were caught on baited drum lines.

A number of people took to social media to give their views on the baiting and killing of sharks in the aftermath of the attack. 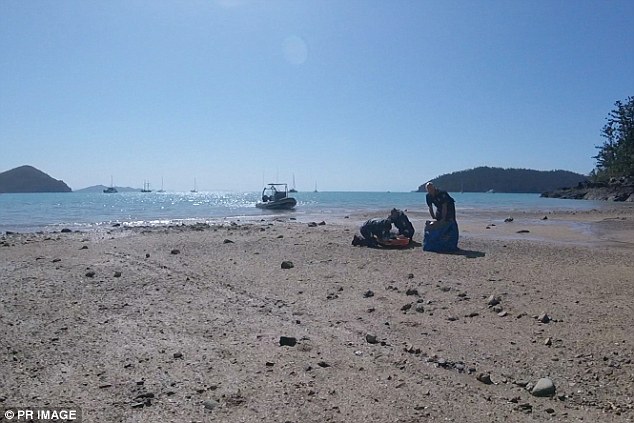 The shark had torn a large piece of flesh from Hannah’s upper thigh which left her in a critical condition, she was airlifted from the beach by CQ CareFlight paramedics

‘Why? You possibly got the wrong sharks. It’s their playground not ours,’ one user wrote.

‘And how did they know they were the ‘guilty’ ones,’ another added.

‘That’ll send a clear message through the shark community,’ another Facebook user wrote.

A spokesman for the Humane Society International told The Australian they wanted to see new ‘non-lethal measures to protect ocean users’ introduced.

A baited drum line is a favoured technique for luring and killing sharks by using a large hook with bait, they are typically installed near popular beaches or in the area of a viscous shark attack.