Four innocent people have been shot dead and at least four more wounded after a gunman opened fire inside a cathedral in Brazil then killed himself.

The man entered the Metropolitan Cathedral in Campinas, 60 miles from Sao Paulo, during Mass around 1pm on Tuesday before walking to the front and opening fire.

Globo News reported that the man used two handguns to fire into the congregation before shooting himself dead at the altar. 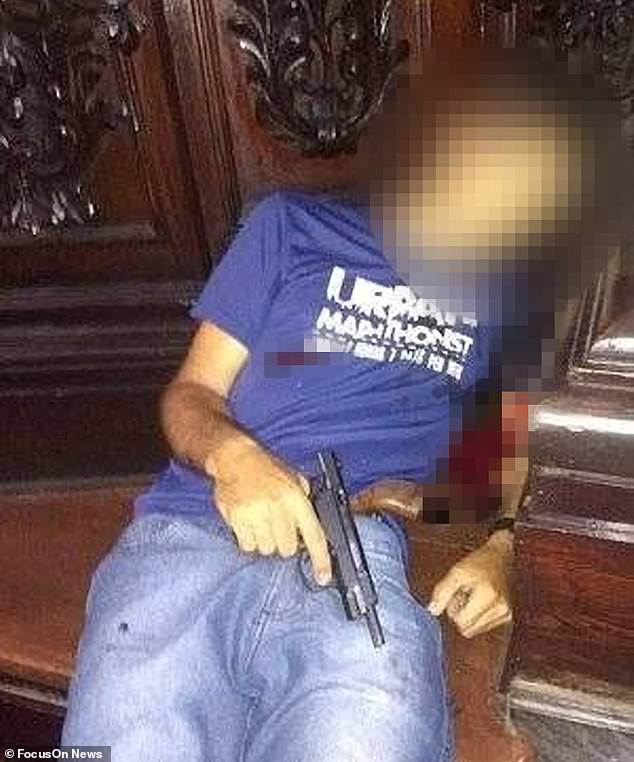 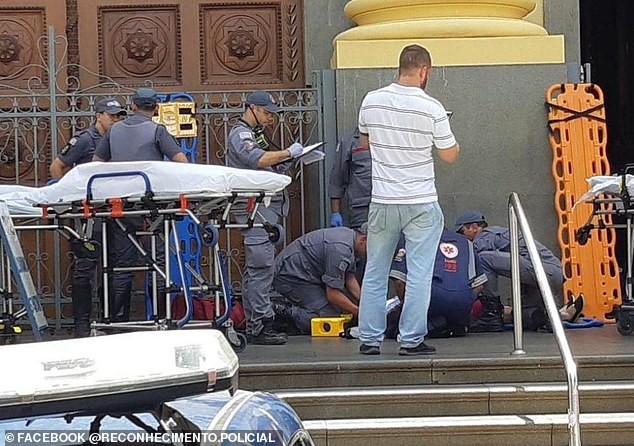 One victim was killed at the door of the cathedral, with paramedics seen treating them in the open doorway.

Security guard Alexandre Moraes told local media: ‘The people in the church were mostly elderly, innocent people, and he [the suspect] ended up firing on all these people. The scene is desperate, it is a very great tragedy.’

Emergency services were first called to the building around 1.20pm.

A third survivor is reported to be in a stable condition, though no more information is available about their injuries.

Reuters reported that a fourth person was also injured, adding that all of the victims were elderly and in a serious condition. 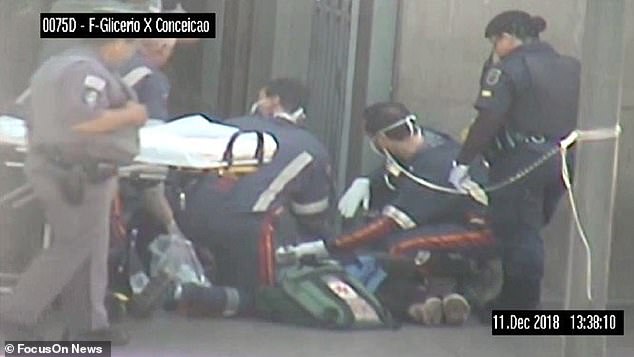 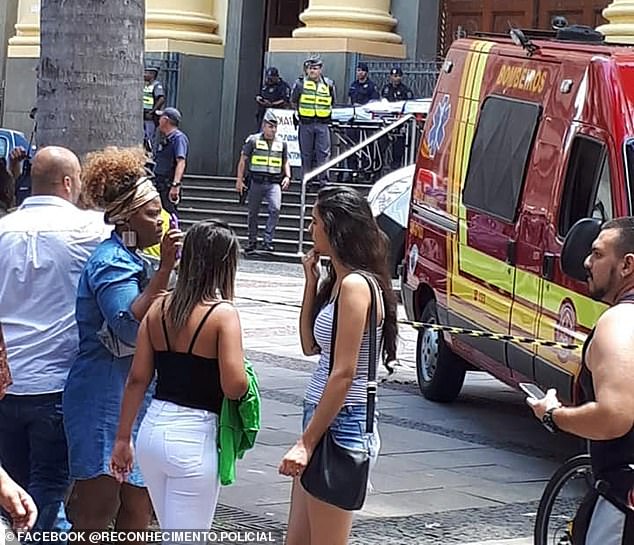 The area around the cathedral was cordoned off while paramedics rushed the wounded to hospital. All four are reported to be in a serious condition

The man, who has not been identified, was armed with a revolver and a .38-caliber pistol, according to police.

‘It was frightful,’ witness Alexandre Moraes told the GloboNews channel. ‘He entered and shot randomly at people. They were all praying.’

Television images showed the lifeless body of the gunman, wearing jeans and a blue t-shirt, lying inside the cathedral, holding a discharged pistol in his right hand.

The area surrounding the Cathedral has been cordoned off.

The Archdiocese of Campinas lamented the tragedy on Tuesday posting a message on social media calling for people to pray for the victims.

It said: ‘The Cathedral remains closed for the care of the victims and the investigation of the Police.

‘Once we have more information, we will make it available. We count on the prayers of all in this moment of deep pain.’

Brazil had nearly 64,000 murders last year – more than any other country, according to the United Nations. However, random mass shootings are relatively rare.