I WONDER if the House of Commons has ever witnessed such a shower of vain, grandstanding, pompous, deceitful toe-rags?

Sure, there have been some real a***holes over the years. But this lot beats them all.

Two years ago we had a vote on whether we wanted to stay in the European Union. The outcome was decisive.

By 52 per cent to 48 per cent we voted to leave. The people had been given a voice.

And the people said very clearly: We want to leave.

But there was never a majority among our political class for leaving.

Because for two years the Remainer majority of MPs has done everything it possibly can to thwart the will of the people.

They have undermined Theresa May and the Government when it tried to negotiate with Brussels.

That’s the main reason the deal we have before us now is so weak.

Because as soon as ministers set off to do battle, the likes of Philip Hammond and Justine Greening would be trying to pull the rug from under their feet.

The biggest deceit is this. All the while these politicians are trying to scupper Brexit, they are putting on their sincere faces and saying: “We must respect the will of the people.”

When Tory Remainers tell you we must get a good deal, they really mean we must not leave the European Union.

When that coffin-faced bore Dominic Grieve, once our Attorney General, puts down amendments which effectively stop us leaving with a no-deal, he is really saying: ‘We must not leave the European Union under any conditions at all’[/caption]

When the Labour Party tells you that we must have a “good Brexit for jobs”, they really mean that we must not leave the European Union.

When that coffin-faced bore Dominic Grieve, once our Attorney General, puts down amendments which effectively stop us leaving with a no-deal, he is really saying: “We must not leave the European Union under any conditions at all.”

When they start lecturing you about how Parliament must be sovereign — they’re saying the same thing. We must not leave the EU.

What has happened over the past two years has been a concerted campaign of treachery and betrayal.

The Tory Brexiteers — with one or two exceptions, such as David Davis, Priti Patel and Jacob Rees-Mogg — haven’t helped by being a disorganised rabble.

Too interested in their own political careers to do the difficult work of leading Britain towards a confident exit from that authoritarian bureaucracy.

But it is the Remainers who have done the real damage.

If they didn’t tell us, at every step of the way, that “the people’s vote must be respected” then I’d have a little more time for them. But they trot that out every time they open their mouths.

All the while trying to wreck any chance of Brexit.

God knows what will happen now. Although I suspect even he’s perplexed.

What should have been a graceful and confident exit from an unfit institution has turned into a bugger’s muddle.

But I do know this. The people of the UK will not forget the names of those who have sold us down the river.

And one day, sure enough, we’ll have our revenge. 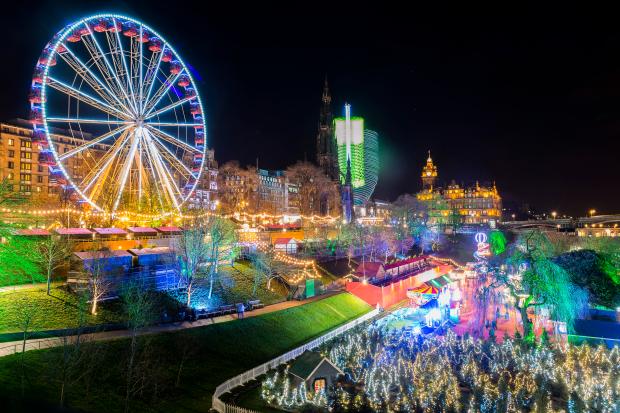 TAKING the kids to a Christmas grotto this year? Watch yourself.

What’s advertised as a glistening winter wonderland is usually five square yards of mud with a plastic donkey and an elf who has just completed a five stretch for armed robbery.

I know everybody needs to make a ­living. But I do wonder how the owners of these crap grottos live with themselves.

WHAT a fabulous family the Osamors are.

A real credit to the country, to the Labour Party and to the House of Commons.

Let’s start with Kate, above, the Labour MP for Edmonton and one of Jeremy ­Corbyn’s favourites.

She employed her son, Ishmael, below, as a researcher at the House of Commons.

And continued to do so even after he had been convicted of possessing lethal drugs including ketamine and ecstasy at a festival.

Not only that, but she misled the public and her colleagues.

She said she hadn’t known about her son’s conviction until after he was sentenced.

When it was absolutely clear that she had. 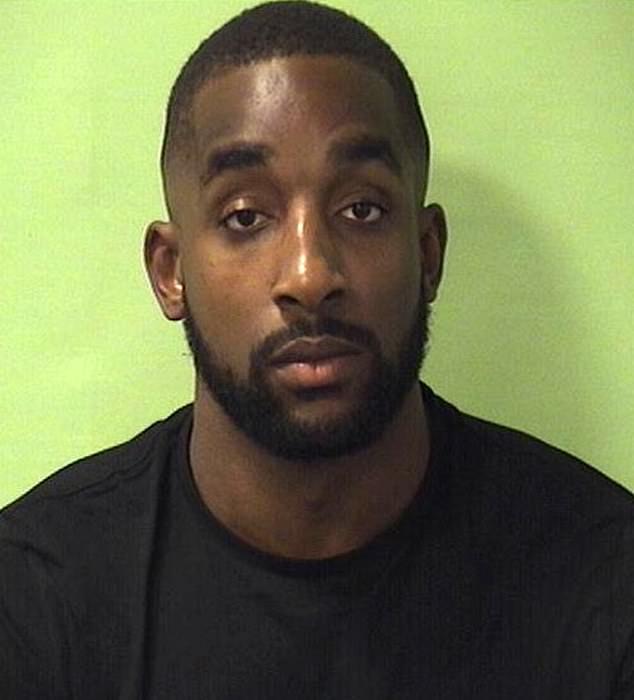 How did she respond when a journalist tried to ask her about this business?

She screamed “f*** off” at him. Then threw a bucket of water at him.

Then said: “I should have come down here with a bat and smashed your head in.”

After which, this entitled madam actually rang 999 – twice – to say the reporter was “stalking” her.

Then there’s  Grandma Osamor, Kate’s mother Martha. Now ennobled as Baroness Osamor of Tottenham and taking her seat in the House of Lords at your expense.

A supporter of Labour activists suspended over anti-Semitism.

And once considered too left-wing even for the Labour Party, until Corbyn came along.

What a great parenting job both she and her daughter have done.

And do you suppose that either would be in the ­positions they are now were it not for the colour of their skin?

THE animal rights activists Peta want us to stop using  certain phrases which are nasty about animals.

Such as, “No use flogging a dead horse”.

Better to say: “You can’t feed a fed horse.” Which doesn’t sound right at all, to me.

Some vegans are also supposedly  objecting to “don’t put all your eggs in one basket”, because it’s unkind to eggs. And “bringing home the bacon”. Which is unkind to bacon.

I think we need to create a few new ones to annoy Peta even further. So . . .

Too many voles in the blender spoil the smoothie. 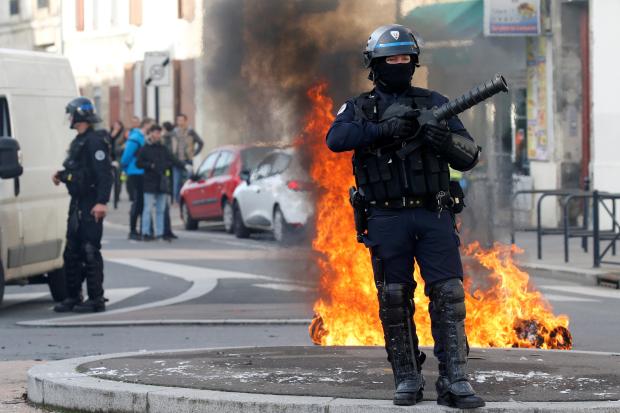 FRANCE is revolting. Yes, yes, I know you knew that.

I mean it is in flames. Demonstrators burning things down and battling with the police.

Riots, confusion, mayhem. They’ve just woken up to the fact that their president is a smirking liberal halfwit who cares not a jot about working-class people.  We could have told you that, mes amis, when you elected him 18 months ago.

Emmanuel Macron has already had to climb down and give in to some of the demands from the rioters.

During the election he portrayed himself as a populist, but was anything but. It was a con job.

Next time you toddle off to the polls, you lot, get it right.

Things could have been so different for Nigel Farage, Ukip and our Brexit negotiations if only we had proportional representation in the UK[/caption]

SO, Nigel Farage has deserted Ukip because he thinks the party has become too extremist.

It’s a shame that because of our first-past-the-post system Ukip were never able to capture many seats in parliament.

I’ve never been a fan of proportional representation.

But if we had it, Ukip under Farage, above, would likely be our second or third biggest party by now.

And those negotiations over  Brexit would be looking very different, wouldn’t they?

RESPECT to Wrexham driver Kenneth Samuels. He managed to fit ELEVEN people into his Ford Focus.

Actually, he’s a Wrexham non-driver now, because the Old Bill caught him.  He was disqualified from driving for 15 months.

I assumed at first that he was ferrying a troupe of dwarves to a panto.

But no. There were children involved, which kind of antagonised the magistrates.

If the police had looked a bit further I suspect they’d have found the entire Liberal Democrat Party in the boot.  And Speaker John Bercow in the glove box.