The DUP insisted its position on the Brexit deal was ‘unchanged’ today after last-minute talks between Theresa May and Arlene Foster.

The Prime Minister is desperate an 11th hour U-turn from the DUP to support the deal at a third vote in a bid to finally win Commons approval.

But a phone call after today’s Cabinet yielded no progress. A DUP spokesman said the party’s ‘position is unchanged’.

Mrs May has said she will only call a third vote if she thinks she can win.

The last hope is to win over Tory Brexiteer rebels. Boris Johnson appeared to hint today his price is the PM’s resignation – but even that may not bring back enough support.

The PM could also try to win over Labour MPs by promising them a say on the negotiating terms for the future trade deal. This compromise would anger Tory Brexiteers – potentially undermining her other tactics. 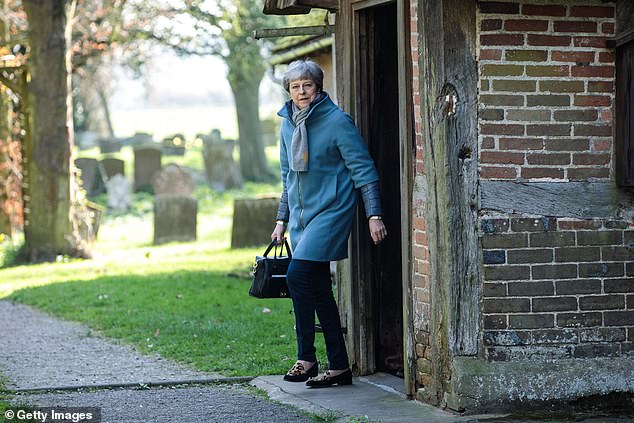 Mrs May must overturn the 149-vote loss on March 12 this week to meet an agreement with the EU that Brexit should happen on May 22.

But failure to win new support risks pushing the margin back out toward the record-breaking 230-vote defeat from January.

Mr Johnson appeared to outline his price for support in his Telegraph column today.

He said: ‘Can we really go on with a negotiating team that has so resoundingly failed?’

He said if Mrs May cannot deliver ‘convincing proofs’ of how the next phase of the negotiations will be different from the last, he said she should ‘drop the deal, and go back to Brussels, and simply set out the terms that so many on both sides’.

Outlining his plan – rejected repeatedly by Brussels – Mr Johnson said: ‘Extend the implementation period to the end of 2021 if necessary; use it to negotiate a free trade deal; pay the fee; but come out of the EU now – without the backstop.

‘It is time for the PM to channel the spirit of Moses in Exodus, and say to Pharaoh in Brussels – let my people go.’ 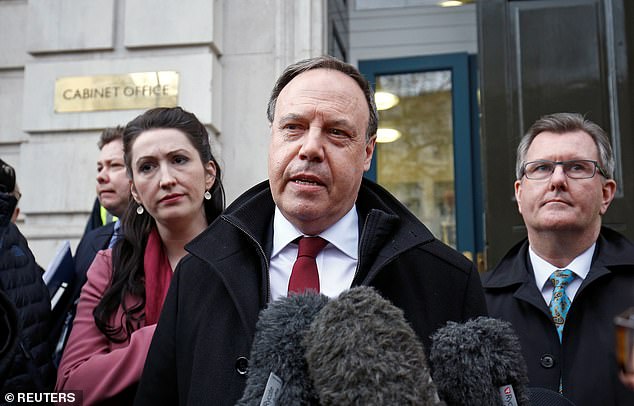 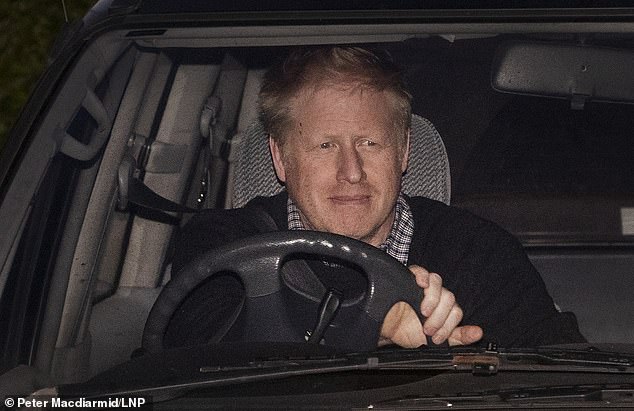 Mrs May’s other hope is to win over Tory Brexiteer rebels. Boris Johnson (pictured yesterday leaving Chequers) appeared to hint today his price is the PM’s resignation – but even that may not bring back enough support

On Friday, Mr Dodds accused Mrs May of ‘capitulating’ to the EU.

In a signal his party were not shifting toward the deal, he said: ‘Nothing has changed as far as the Withdrawal Agreement is concerned.

‘We will not accept any deal which poses a long-term risk to the constitutional and economic integrity of the United Kingdom.’

Mrs May’s hopes of winning them over appear to turn on a so-called ‘Stormont Lock. This is a mechanism which would give the Northern Ireland Assembly a veto over any future divergence between Great Britain and Northern Ireland.

The Government has already promised to give the Northern Ireland institutions a strong role in the operation of the backstop. Persuading the DUP will require the idea to spelt out in practice.