Sorry We Missed You

Ken Loach, who turns 83 next month, is one of the darlings of the Cannes Film Festival. The French love his brand of social realism, inspired by his left-wing politics. Maybe it makes them feel better about themselves, seeing the British in dole queues and at food banks rather than roaring up to big country houses in open-top sports cars.

Three years ago, Loach won the Palme d’Or, the Festival’s most coveted prize, for the second time. His winning film (10 years after he won for The Wind That Shakes The Barley) was I, Daniel Blake, which in my view wasn’t really worthy of the accolade. It told the story of an unemployed carpenter unable to cut through the red tape of the benefits system, but at times the strident fury of Loach’s message undermined his drama’s credibility. I didn’t think his long-time collaborator, screenwriter Paul Laverty, was on particularly good form, either. 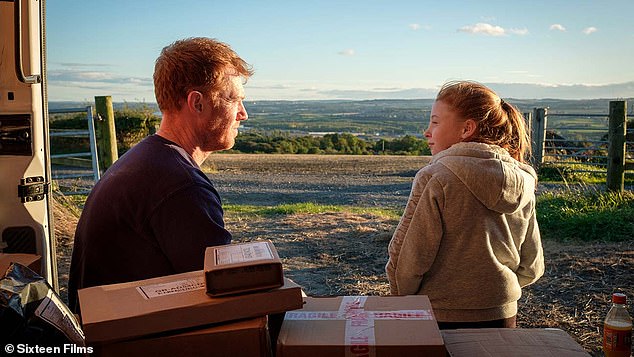 After I, Daniel Blake: Ken Loach’s newest film gives a bleak but engrossing glimpse into the perils of zero-hour contracts

Now the pair have teamed up for the umpteenth time to make Sorry We Missed You, which underlines the mistake three years ago of giving a deserving director an award for an undeserving film, because this one is much, much better. It would be a shame, in a way, if the Cannes jury decide they can’t give the old boy the Palme d’Or again.

Sorry We Missed You is said to be the second of a Loach trilogy, of which I, Daniel Blake was the first. It is again set in the North-East of England, again written by Laverty, and it again points a righteous torch at social injustice, but this time from the perspective of working-class people in work, not out of it. If unsympathetic civil-service bureaucracy was Loach’s target last time, this time it’s zero-hour contracts.

Kris Hitchen plays Ricky Turner, a Mancunian relocated to Newcastle, the home town of his wife Abbie (Debbie Honeywood). At the start of the film, he is signing up to work for a parcel delivery company as a driver, and being bombarded with jargon by his new boss, Moloney (Ross Brewster).

He will be a “franchisee”, not an employee. If he wants time off, he will have to organise his own cover. And the company won’t give him a van; he’ll have to buy or lease one. The only way he can raise the funds to do that is by Abbie selling her car. But she is a health visitor, whose round includes mostly old people, some of them dementia-ridden. Selling the car means she must make her visits by bus. She doesn’t have patients, incidentally, but “clients”. Her working life is no less assailed with ridiculous jargon than his. And she too is a victim of the so-called gig economy, forcing her to do a full-time job effectively on a freelance basis, with next to no employment rights. 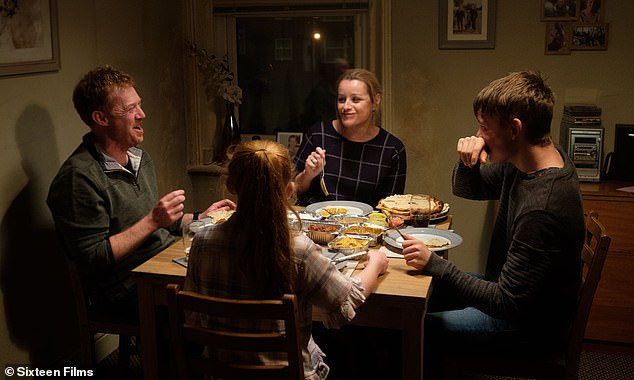 As the film unfolds, it becomes harder and harder for Ricky and Abbie to do their jobs properly. It’s not their fault – they’re both proper grafters – but the demands on Ricky in particular become unsupportably heavy. The film’s title comes from the blithe sentiment printed on the form that’s left when customers are out, but it hardly hints at the efforts made to get the parcel there in the first place. His boss, the formidable Moloney, is an empathy-free zone. But then he too is trying to do his job properly.

All this has troubling implications for family life. The Turners have two children. The elder, Seb (Rhys Stone), is a fundamentally decent lad but too much in thrall to his friends and his smartphone to give his parents any consideration. A pretty typical teenager, in other words. His 11-year-old sister, Liza (Katie Proctor), is a sweetie, much more eager to please.

In their desperation to do their jobs, and keep their jobs, Abbie and Ricky are increasingly unable to fulfil their responsibilities as parents. Abbie spends every bus journey on her phone, trying to organise her kids. Her elderly clients are referred to as “tuck-ins” but the irony is plain; she can’t get home in time to tuck in her own daughter. 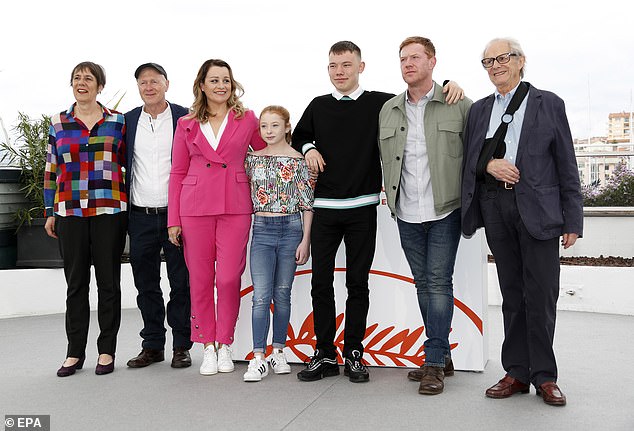 With Seb skipping school and seemingly going off the rails, this situation builds and builds towards what appears to be a crescendo of bleakness and misery. Yet Loach is too clever a film-maker not to toss us little crumbs of hope, fleeting bursts of fun and tenderness that suggest that the Turners might again become what they used to be: a strong, loving, functional family unit.

Like most of Loach’s films, Sorry We Missed You won’t tick everyone’s box. It’s not exactly an hour and 40 minutes of pleasurable escapism. But nor is it a shrill polemic. It’s a genuinely moving family drama, with great heart and one superb performance. Sometimes, Loach casts non-actors or actors with very limited experience to give his films a naturalistic quality. But there’s a thin line between naturalism and woodenness, which just occasionally gets crossed. As Ricky, however, Hitchen shines as brightly as it is possible to do, given the murky depths of his character’s predicament.

Columbine's 'boy in the window' reveals how he pieced his life back together
Brother of British aid worker, 47, beheaded by ISIS has called Shamima Begum 'evil scum'
Suranne Jones and Katie McGlynn lead nominees posing for BAFTAs
Does YOUR dog refuse to sleep without his favorite toy?
Charlie Sheen discusses his controversial past during Sunday Night interview
Atlanta cop charged with assault in fatal shooting of Rayshard Brooks calls his death 'tragic'
Airlines 'failing to warn passengers about no-deal Brexit consequences'
Julian Assange performs a bizarre Kung Fu work out in Ecuadorean embassy