For many people their wedding day is one of the biggest events in their lifetime but there are those who have regrets about this most momentous occasion.

According to Stay at Home Mum, a poll of 1,000 people revealed that 82 per cent have regrets about at least one aspect of the special day.

From falling for a scam to the bride’s requests being ignored by the DJ, the site shared various Australian brides’ biggest grievances. 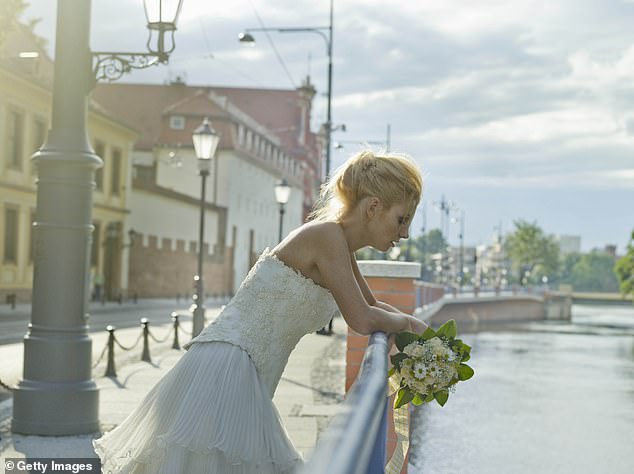 The site’s poll revealed that 30 per cent of people said they would have used a different wedding photographer as they said their friends’ wedding photos were better than theirs.

One woman said that although the preview shots their photographer showed them were amazing, the photos from their own day were atrocious.

She explained that the man photoshopped them too much as he put a blue filter over the grey clouds.

Making matters worse they paid a lot for him and when he wouldn’t give them the rights for the photos they ended up paying an extra $600. 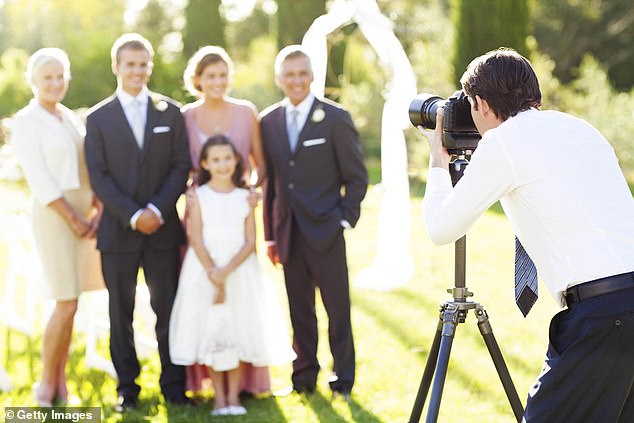 One woman said that although the preview shots their photographer showed them were amazing, the photos from their own day were atrocious

Spending too much money on one day

Many people said they now realise they should have spent less money on the special day so that they could save for a house deposit.

One woman even said she wished they had eloped.

‘We had a fairly small wedding (70 people, cost about $11,000) but we are now a one-income family and stuck renting until I go back to work,’ she said.

‘The cost of our wedding was almost half a house deposit. If we worked hard and just eloped, we could have possibly bought a house before having our kids, instead of throwing money away with rent.’

Wishing they picked a different DJ

A former bride explained that the DJ ignored her and her husband’s requests and also got into a fight with family members.

‘He ignored many of our song requests decided on before the wedding and got into a physical fight with my brother,’ she said. 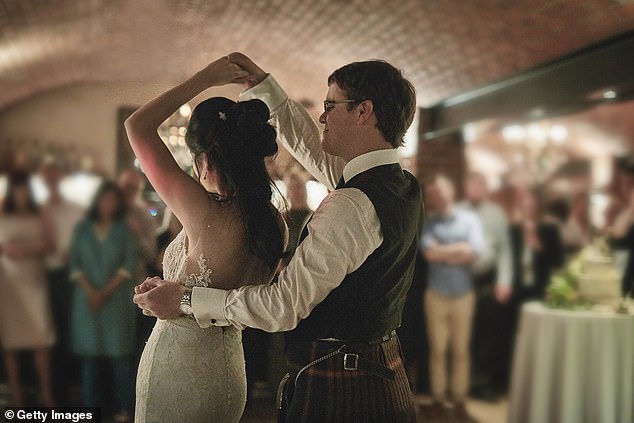 Letting other people hijack the wedding

A respondent said she let other people choose things because at the time she thought they didn’t matter in the grand scheme of things.

This meant she let others decide on the venue, the colour of bridesmaid dresses, the style of food and the type of music.

Needless to say this is a major regret that she has now as the day felt like it didn’t belong to her.

Another woman was in a similar boat as she spent a lot of her time trying to please her family members which resulted in her holding resentment towards them.

What do Reddit users regret most about their wedding day?

One person said their main regret was telling people not to take pictures because their photographer said the flash from another camera could ruin pictures.

So they told people to refrain from taking pictures and explained the situation.

‘We had a great wedding and the photographer even sent an extra photographer to work the wedding,’ they said.

‘A few weeks after we tried contacting her for the photos. We got ghosted. We tried for about a year to track her down. We were still willing to pay for the photos, even unedited. We just wanted the photos.’

Fortunately some people didn’t get the message so they still have a few photos from the wedding.

The worst part was that someone had contacted the wife through Facebook two weeks before the wedding warning them about her.

Another person said they regret letting their mother-in-law have a say in anything she wanted as it ended up ruining the food.

‘She refused to let this chef do our wedding because she called back to see if we wanted to use her and that bugged the mother-in-law,’ she said.

‘Instead we had a grocery store do it. It was awful. We ran out and my wife and I didn’t get any food.’

Someone said they regretted sending out paper invitations and RSVPs as they put themselves through a lot of stress trying to get them mailed back.

They instead recommended setting up a wedding site for people to respond to.

‘At one point we’d gotten very few RSVPs back and I had a total crying meltdown about how no one was going to come,’ she said.

‘Of course they were going to come, it’s just no one uses mail anymore. Save yourself the headache and the money. It’s my biggest wedding regret.’

Another person said they regretted letting other people pay for the special day.

This is because as soon as it happened it meant they felt like they could take over the wedding.